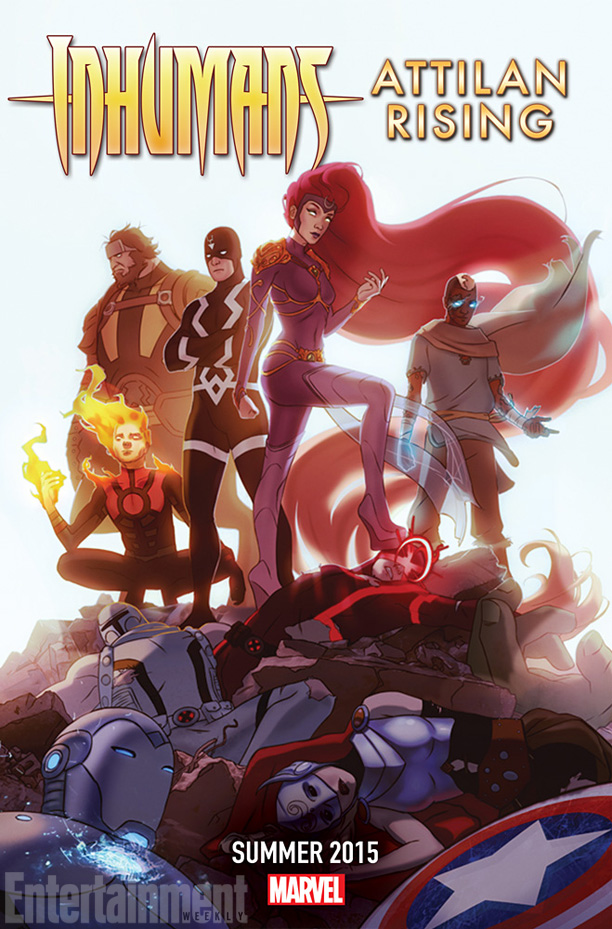 Some fans are guessing that the term ‘Attilan Rising’ is, in fact, a subtle nod to a different story; ‘Atlantis Rising’, which changed the status quo of the Inhumans and set them up to play a larger role in the Marvel Universe.  Perhaps in some reality those events led to the Inhuman city of Attilan rising in prominence, even ruling the world?

My own guess is that it’s something different.  In the current Marvel Universe, the Inhumans have been brought into a place of real prominence.  During ‘Infinity’, Black Bolt detonated a Terrigen Bomb, triggering those with Inhuman genes across the world to manifest their powers – and destroying Attilan, leaving the city’s rubble to rain down upon the Earth.  Black Bolt’s rationale has been hinted at; he sought to build up an army, which he felt was needed for an as-yet-unspecified purpose. 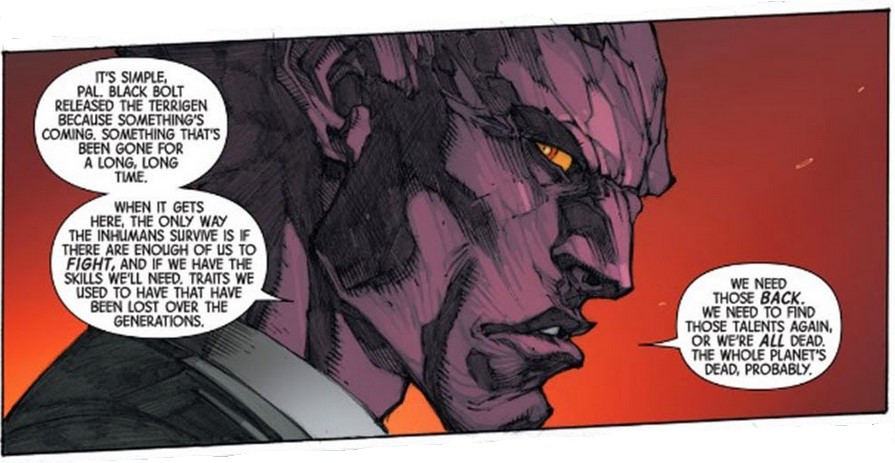 So from based on the past, or even another reality, I think this is a teaser for something that will happen during the ‘Secret Wars’.  I think we will see Black Bolt gather his forces and attempt to create a new Attilan.  Given the Battleworld trailer showed this in the same location as the Ultimate universe, it may be we see some real conflict here.

What does this add to the Secret Wars?

Whether my guess is right or not, this adds the Inhumans into the mix – a race Marvel are really attempting to give a massive popularity boost.  More interestingly, ‘New Avengers: Illuminati #3; established that the cosmic being known as the Beyonder – the being behind the first ‘Secret Wars’, and whose presence in 2015 comics has been confirmed – is in fact an Inhuman mutant.  In fact, he seemed to know Black Bolt as King!  If this is the case, then Attilan may be a particularly important part of this story.