Neil Gaiman’s work writing Sandman (co-created by Mike Dringenberg and Sam Keith) is a towering achievement in comics, defining the 90’s Vertigo aesthetic and welcoming in a new generation of readers. The first issue was published in early 1989, and the series ran for 75 issues (plus a handful of specials and short stories) until 1996.

While the initial recommendations are easy – Sandman is my *second* favorite comic book series of all time, and the first 10 volumes of collected editions are absolutely the best starting place – once you get past the core series, there’s a whole Sandman Universe that is significantly more challenging to follow.

The extended Sandman Universe has seen a variety of incarnations, most recently accompanying DC’s 2018 Vertigo relaunch with a rebranded “Sandman Universe” line of titles. In order to enjoy these spinoff titles, as well as the Gaiman written Sandman comics and stories that have been released following the series conclusion, I’ve laid out a reading order for *everything* below.

My personal favorite entires are noted with the Comic Book Herald logo next to the series title (with the perhaps obvious caveat that the entirity of the original Sandman is a hearty recommendation). 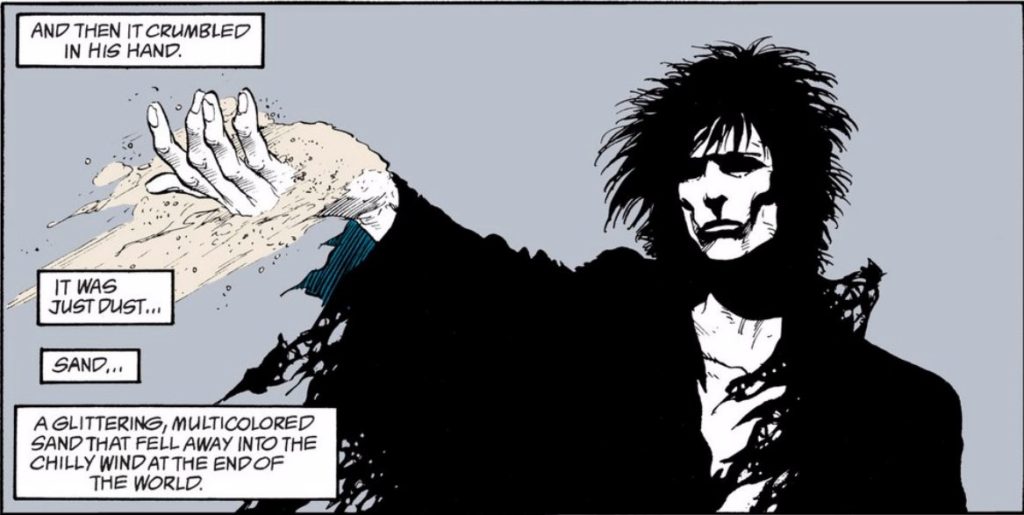 Sandman’s ’89 debut is surprisingly connected to the broader DC Universe, and the DC heroes who have shared the “Sandman” moniker over the years. I would argue a general understanding of these reference points can aid your reading, particularly in regards to the Jack Kirby Sandman

of the 70’s, Hector Hall, and the JSA Sandman of the Golden Age, Wesley Dodds.

While Kirby’s Sandman is more thoroughly integrated into the plot of Gaiman’s Sandman (supporting characters have notable roles), it’s actually the Golden Age version that would carry the Sandman Mystery Theatre Vertigo title that launched in 1993. It would be easy to think this is an essential tie-in to the Sandman Universe, but it is, in fact, not that at all. Although they are quite good, the noir features of Matt Wagner and Guy Davis are barely connected to the dreaming by a handful of panels, and are more for fans of DC’s JSA or even the 90’s Starman series written by James Robinson with art for a huge chunk by Tony Harris (the two – Starman and Sandman Mystery Theatre – even feature a crossover)

All of which is to say, keep calm and read on, and it kinda helps to know Morpheus isn’t DC’s first Sandman.

The Sandman, Vol. 2: The Doll’s House 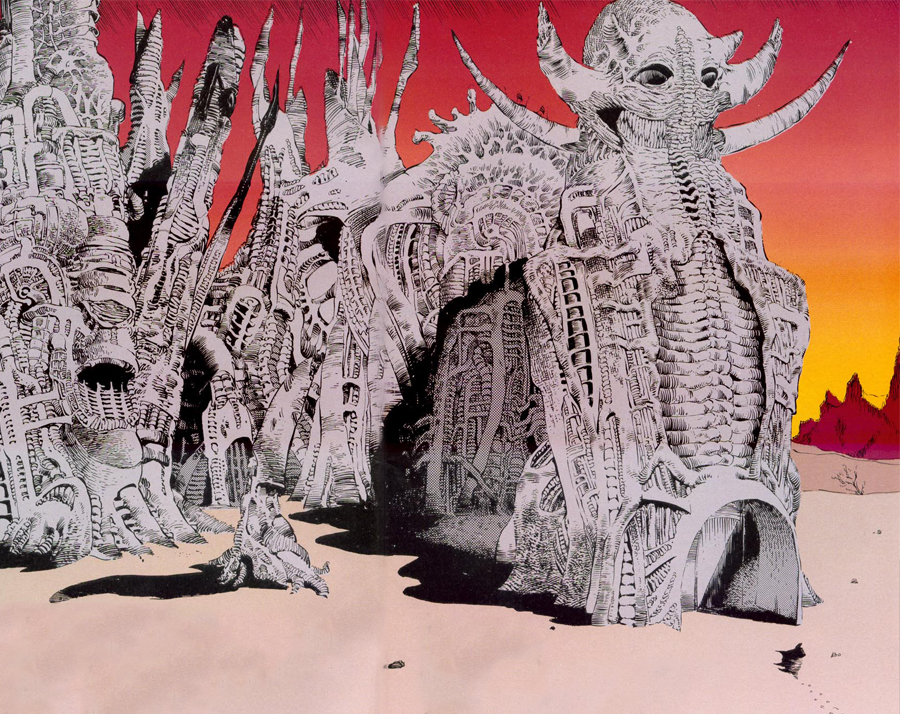 The Sandman, Vol. 4: Season of Mists

Season of Mists is quite excellent, and provides the background for the Lucifer series to follow. For a more detailed analysis, I highly recommend checking out our own John Galati’s review of the 30th anniversary collection!

The Sandman, Vol. 6: Fables and Reflections

he Sandman Vol. 9: The Kindly Ones

Technically, Overture occurs before page 1 of Sandman #1. Nonetheless, this prequel contains a story told by Neil Gaiman and J.H. Williams III that clearly should be read by readers already intimately familiar with the world of Sandman comics.

The Sandman: Book of Dreams

Collects: Death: The High Cost Of Living And Death: The Time Of Your Life Miniseries

Sandman Mystery Theatre (written by Matt Wagner with art initially by Guy Davis) is one of the stranger Vertigo spinoffs. Despite the shared naming, Mystery Theatre is a reference to the original Wesley Dodds Sandman character. Midnight Theatre asserts the unique property of a Neil Gaiman written script, and very light tie-ins to the actual Dream of the Endless character we know from Sandman.

Dreaming: Beyond the Shore of Night

Cain and Able fans (or Mad Hettie fans) get some Sandman spinoff stories.

Dreaming: Through the Gates of Horn & Ivory

More short stories from the realm of Dreams, including tales of the Corinthian and Lucien the librarian!

Destiny: A Chronicle of Deaths Foretold 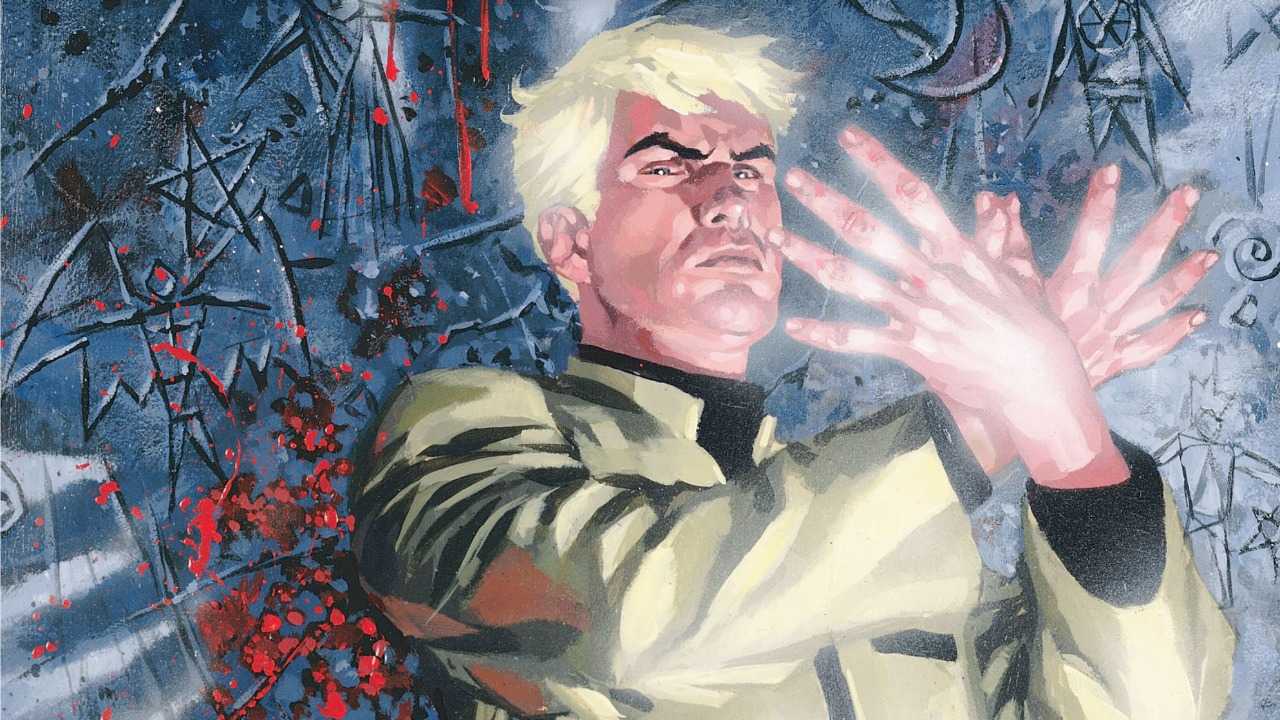 Lucifer, written by Mike Carey for 75 issues, is unambiguously the crown jewel of the Sandman spinoff universe.

Lucifer Vol. 3: Blood in the Streets

God Save The Queen

Mike Carey and John Bolton team-up that focuses on the realm of faerie and Queen Titania.

After debuting in “Season of Mists,” the Dead Boy Detectives get their own spinoff, written by noir mastermind Ed Brubaker!

Collects: Merv Pumpkinhead, Agent of D.R.E.A.M. #1; Everything You Always Wanted to Know About Dreams… But Were Afraid to Ask #1; The Dreaming #55; The Sandman Presents: The Thessaliad #1 to #4

Focuses on Lyta Hall, mother of Daniel, and the impact of his destiny as the “new” Sandman.

Occurs during the events of “Season of Mists,” with a focus on Death, Delirium and Despair.

All ages Sandman might seem like an oxymoron, but Jill Thompson gives it a go with these adorable Little Endless collections.

The Little Endless Storybook (The Sandman)

The Girl Who Would Be Death

Daniel Hall, aka “new” Sandman, is curiously featured in a cameo role during one of my favorite DC Comics events of all time. Metal is way more relevant for the DC superhero universe than for Sandman, but completists will absolutely note his role.

The Dreaming Vol. 1: Pathways and Emanations