Sinestro is one of the DC Universe’s most recognizable villains, all purple elfish features and fascist ideas masquerading as dignity. The long time Green Lantern villain and card carrying Legion of Doom founder was given new life in the 2000’s, behind the seemingly verified claim that he was “once the greatest Green Lantern.”

Below you’ll find a complete reading order to comics in the Sinestro Corps War, including essential prelude material to help you understand and enjoy the event.

In addition to the context of comics leading up to the event, I’d also recommend fans check out Comic Book Herald’s complete Green Lantern reading order!

The Rebirth miniseries kicks off the Geoff Johns written era of Green Lantern, which would run from 2004 through 2011 (and then straight on in to the New 52). While I’d argue the entire Johns’ written Green Lantern is a fantastic idea for enjoying Sinestro Corps War, the “Rebirth” mini (not to be confused with DC’s later DC Rebirth initiative) kicks things off and attempts to synchronize the Green Lantern (specifically Hal Jordan) continuity of the 1990’s and early 2000’s.

, the 90’s event which forever changed Hal Jordan and developed Parallax, the villainous fear entity who will play a major role alongside Sinestro. 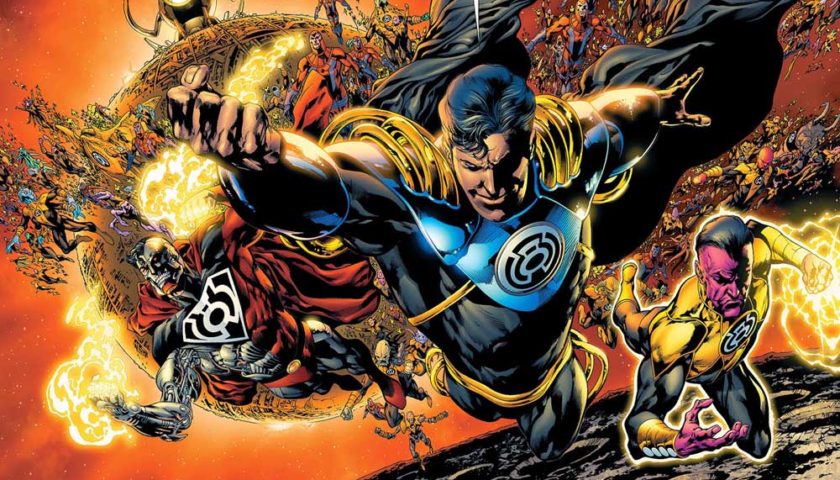 Tales of the Sinestro Corps: Parallax

Tales of the Sinestro Corps: Cyborg-Superman

Tales of the Sinestro Corps: Ion