I’m reposting my picks for Thor reads prior to Ragnarok! Originally posted in July, 2016!

This week’s question of the week comes from an MCU fan looking for some anticipatory Thor comics before Thor returns to the big screen in 2017:

“Do you have what to read to prepare for the Thor Ragnarok movie reading order?”

Fancy tidbit I learned while looking into Ragnarok: The genius who directed What We Do In the Shadows

and Hunt for the Wilderpeople is directing Thor: Ragnarok, which would be a bit like finding out Wes Anderson is directing a solo The Visions, except way more surprising.

I’m anticipating approximately 74% more humor throughout Ragnarok (“Ragnarok had us in stiches!” ~ Vikings, probably). Some quirky heartfelt oddity could be exactly what Thor needs to rise to the level of mega-franchise achieved by Captain America, Iron Man, and Guardians.

Otherwise, here are the things I know about Thor: Ragnarok. It’s probably going to do a Ragnarok story (just a hunch) and somehow the Hulk flew straight from Age of Ultron to Asgard. Cool. On to recommended comics! 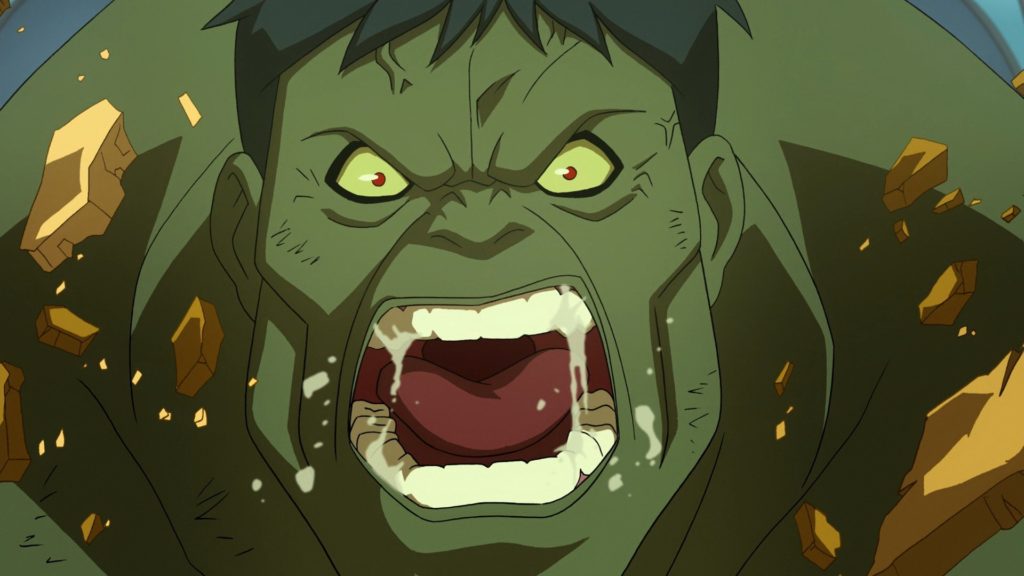 While fans have been clamoring for a live-action Planet Hulk movie since Ruffalo the Buffalo entered our lives, Marvel has (wisely) limited the Hulk intake of the MCU.

Thor: Ragnarok isn’t likely to deliver full on Planet Hulk, but it’s as good a time as any to see what the Hulk looks like off of Earth, surrounded by alien life. Planet Hulk is one of the finer Hulk concepts of the 2000’s, and the comic book storyline that would define Greg Pak’s excellent run on all things Hulk.

For Marvel Unlimited readers, Planet Hulk can be found in Incredible Hulk issues #92 to #105.

If you find yourself reading a “What Thor comics should I read?” piece, and the writer doesn’t find a way to gush over Walt Simonson’s entire Thor run, something has gone terribly, terribly wrong.

I’d recommend you just read the whole shadoozy, starting with Thor #337 in 1983, but if you really just want to dive right in, Simonson’s first couple years on Thor build to an excellent Asgardian tale entitled: “Ragnarok and Roll.”

If we’re lucky, the MCU brain trust will be paying close attention to Ragnarok and Roll in their third effort to land a blockbuster Thor movie.

The modern era of Marvel events begins with 2004’s Avengers Disassembled, and Thor is notably absent from that storyline. Thor’s Disassembled tie-in delivers the most Asgard-shattering Ragnarok the Marvel Universe has seen, one that would take literal years to recover from.

If you do jump in with this Thor story, I’d recommend you check out the concurrent Avengers Disassembled reading order guide, and also plan to continue with J. Michael Straczynski’s follow-up: Thor

In 2015, Secret Wars brought about the Last Days of the Marvel Universe, and mighty Asgard was no exception. While you could jump straight into the Last Days of Asgard storyline, it’s not going to make a lick of sense unless you get up to speed with Al Ewing’s Loki: Agent of Asgard

, which follows… well… a whole mess of Loki’s throughout the 2000s. Comics, you know?

Really all you need to know heading into Loki: Agent of Asgard is that Loki’s a dapper teen trying to overcome his destiny of evil. Kinda. For the most part.

If you simply want some evidence that Thor is a lot more than luscious hair and a killer workout regimen, look no further.

There you have it, your essential Thor reading prior to Thor: Ragnarok. If you need more Thor in your life, you can also check out the Comic Book Herald Thor Reading Order!