Welcome back to Comic Book Herald’s “Previously On…”  a weekly guide to comic book continuity and trends made possible by your support on Patreon!

This week on “Previously On,” I overdose on Titans with Teen Titans Go to the Movies, Titans S2, and Teen Titans #30 to #34 by Adam Glass and Bernard Chang. 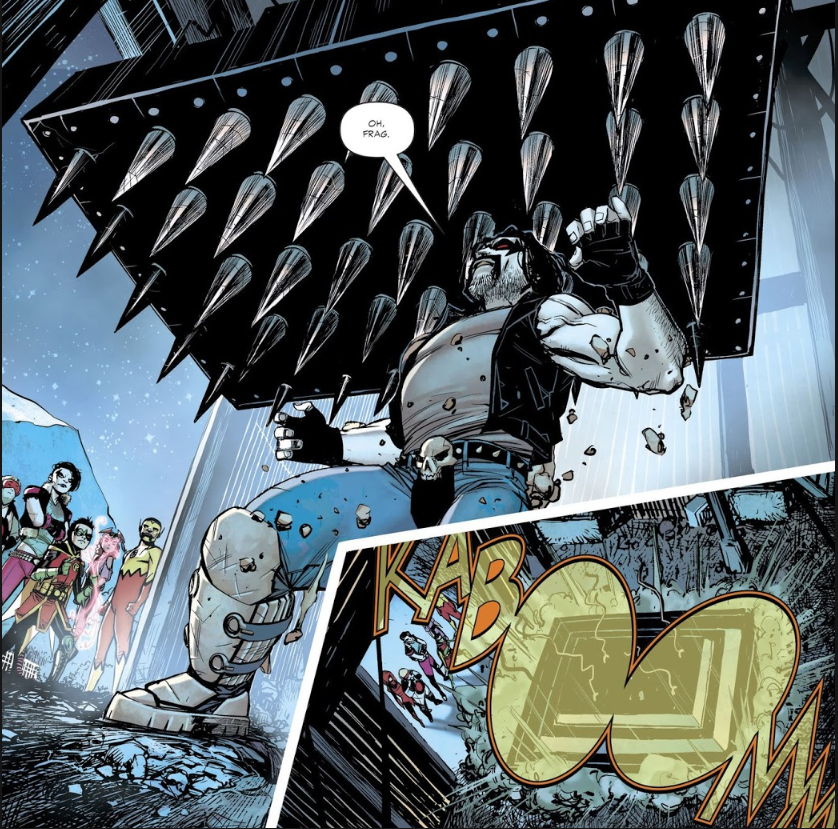 I finally found time for Teen Titans Go To the Movies this week, which prompted a dive into the first three released issues of Titans on DC Universe, and a rapid catch-up on DC Comics Teen Titans to explore the different approaches to the franchise.

As the Cartoon Network spinoff movie makes abundantly clear, Teen Titans Go is the goofy rendition of all things Titans, blending the million-jokes-per-minute formula of Spongebob Squarepants with a glorious smattering of the Titans dancing and singing. It is “for kids” in the sense that I comfortably watched alongside my 2 year old son, Von Doom, but it is also a movie that made me smile for 45 minutes uninterrupted (before dragging on into more conflict, and fewer songs).

I quite love Teen Titans Go and had a blast watching this movie. It’s not only contagiously fun, but also satirizes the superhero movie industrial complex better than anything out there (better luck next time Deathstro… Deadpool!).

On the complete opposite end of the spectrum, you have Titans on DC Universe, freshly returned from a middling season one debut. Where Teen Titans Go features Kal-El dancing in his crib to killer techno beats, Titans famously had Dick Grayson declare “F*&& Batman” after damn near murdering some henchies.

Season two has to open with the conclusion to season one (literally, it is the conclusion episode to the first season… I forget why it’s released like this, but it’s not a recommended approach), before figuring out what the show is going to become. So far the answer is pretty hopeful, with Dick Grayson more at peace with his post-Robin life (even having heart to hearts with Jorah Wayne!), and moving the Titans to San Francisco to start up the team in earnest.

It would be misleading to say Titans is *less* dark than season one, given the introduction of a vengeful murderous Deathstroke, but there’s a magnetic DC Universe energy moving through the early going that I didn’t connect to in season one. The inclusion of Jason Todd alongside Raven and Beast Boy is concerning (there’s usually only one reason DC includes Todd in stories these days!), but honestly, I am way more into Deathstroke in this grimmer rendition than I am into Will Arnett’s “how do I do a voice that isn’t just Lego Batman” rendition from Teen Titans Go.

And then somewhere in the middle is DC Comics’ ongoing Teen Titans by Adam Glass and Bernard Chang. Teen Titans definitely skews closer to the serious realm of the storytelling spectrum, with surprisingly earnest conversations about teens murdering villains (“The Terminus Agenda

”) or taking a page out of CW Flash/Squadron Supreme

and imprisoning / force-rehabilitating villains without any oversight.

Although it’s hard to remain *too* serious when your ongoing plotline involves Lobo trying to assassinate his “alleged” daughter and getting owned by the younglings. Things I learned while reading the Titans vs. Lobo arc (which is also a Year of the Villain tie-in): 1) Lobo is the right mix of wacky power to operate as a surprisingly convincing Teen Titans villain 2) Bruce really needs to check in on Damian more often.

I’ve never been a convert, but all in all, it’s a pretty good time to be a fan of the Teen Titans. Hopefully Titans season two can deliver on the promise of a proper Titans vs. Deathstroke story! 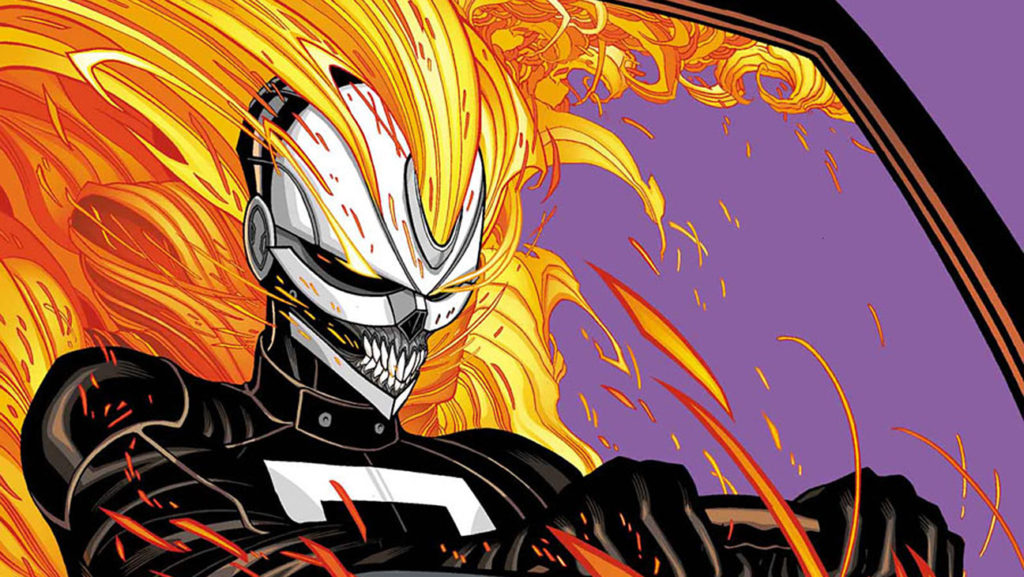 This week it was reported that Marvel has cancelled the announced Ghost Rider series on Hulu before ever seeing a single episode released. Ghost Rider (non-Cosmic version) stirs up as much emotion for me as a spinach salad, but this is interesting because it potentially indicates Marvel / Disney are coming up with a more comprehensible TV strategy.

It makes very little sense to me why Marvel would launch new live-action TV series outside of Disney+, where the studio already has a loaded slate of properties set to coincide with the Marvel Cinematic Universe.  Unless everyone involved is convinced Ghost Rider has no possible role in the Marvel Cinematic Universe (even with limited affinity for the spirit of vengeance, this is an insane conclusion), why would you lock them away on the 0ff-brand streaming channel?

Now, the reported deal to release animated Marvel series on Hulu makes plenty of sense to me. Sure, drop your weirdo MODOK, Hit-Monkey (?!), Tigra & Dazzler, and Howard the Duck series on Hulu. I legitimately can’t wait to see what that looks like!

For live-action, though, I’d much prefer Marvel either committed to integrating on Disney+ or just waited until they were ready. We just went through this with Marvel Netflix, with the effect of a really well crafted Daredevil universe now locked outside the MCU (this sucks), and a really poorly crafted Iron Fist series having happened at all (also sucks).

The news to date only involves Ghost Rider, but I’d be more than ok if it extended to Damon Hellstrom or whatever other “Marvel Horror” imprints originally planned within Hulu’s step-child inheritance.

After watching Teen Titans Go To The Movie my son has started exclusively requesting we have dance parties to “My Superhero Movie.” Not only is this a nice reprieve from the usual dinosaur-based bangers, but it also brings me great joy to hear little Von Doom picking tracks off a superhero movie soundtrack!

Sure, I’ll need to seriously improve my cardio to jump and swing a toddler around as vigorously as we do for the track’s 2:22 duration, but if this is TTG’s lasting legacy, I’m more than satisfied.

Now if you’ll excuse me, I need to go practice my vague and ominous catchphrase.