Locke & Key is a horror fantasy series written by Joe Hill and illustrated by Gabriel Rodriguez that tells the tragic story of the Locke family children as they move into their family estate, Keyhouse. It was first published in 2008 with the conclusion of the original run being published in 2013.

Although the protagonists are a young child and two teenagers, this series is not intended for children. It features graphic violence and disturbing themes, but at its heart is a unique coming-of-age story where the characters are forced to deal with a lot more than a child can be ready for. The balance is exactly what makes the series great, as it doesn’t hold back on the brutal tragedies in the story of the Locke children. At times, they’re regular children going to school and exploring Keyhouse with a sense of wonder, and at other times, they’re forced to deal with the horrors that befall them.

The story consists of 6 arcs and each of them are collected in a trade. Each arc includes 6 issues except for the final one, which has 7. A series called World War Key, that will serve as both a prequel and sequel to the original story, is currently in the works to be released in 2020. 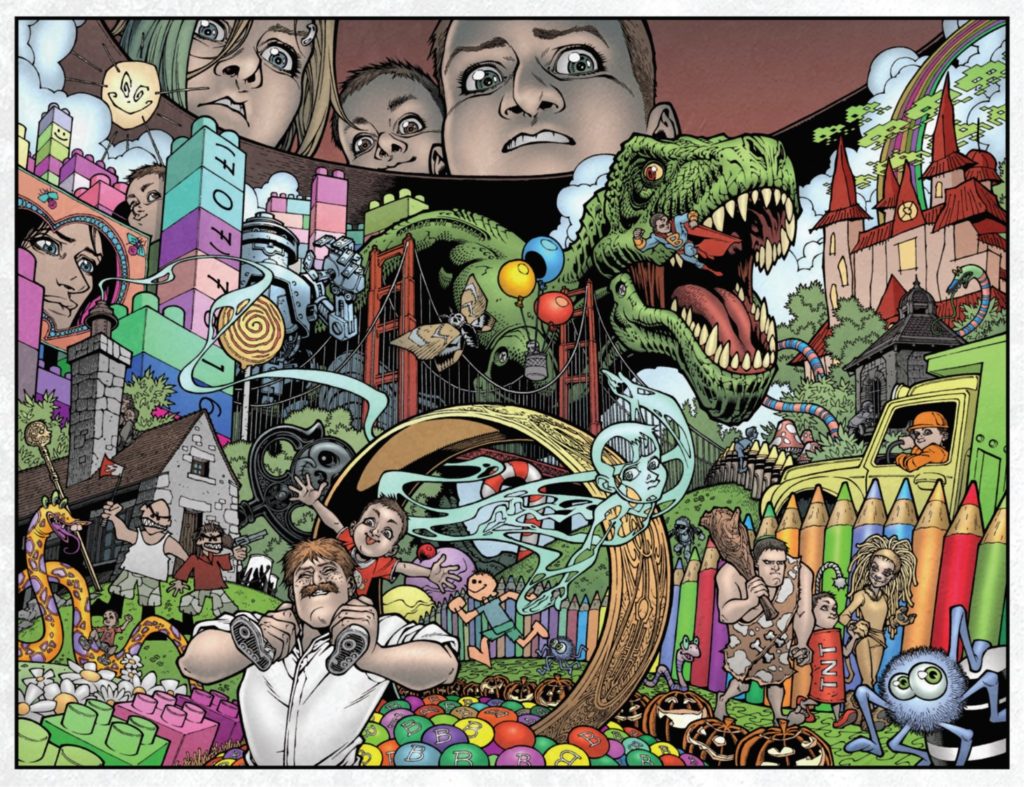 As a breather before the final arc, this book focuses on flashbacks, mainly with the Keepers of the Keys in the 80s. We finally learn how Dodge came to be, further developing the villain before the big ending.

The grand finale of the series, Omega is the buildup to the end while Alpha consists of the climax and epilogue. 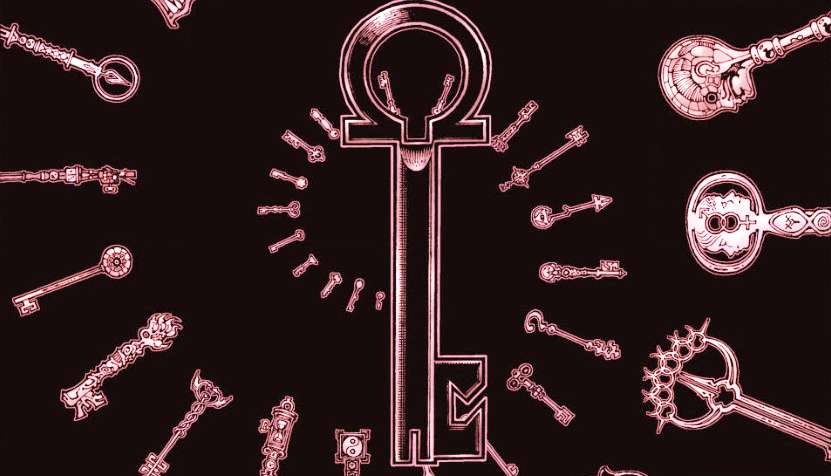 The Golden Age is the prelude to World War Key and consists of multiple short stories. Some of them were published during the main story, but it makes more sense to read them here because they are set in the past.

This book includes the stories “Dog Days” and “Nailed It”.

This book includes a story called “Open the Moon” and “The Guide to Known Keys”, which is simply a list of the keys with not much relevance to the story. It may become more important as we begin World War Key, because it lists the keys in the order in which they were discovered.

This book includes a story called “Grindhouse” and “Guide to Keyhouse”, which is a map of the entire Locke family estate.

This 3-issue story will feature characters from “Small World” and “Open the Moon”. The first issue is scheduled for release on August 26, 2020.

This story is a crossover with DC’s Sandman Universe and will be released in October 2020. It focuses on the key to Hell, introduced in The Sandman: Season of Mists

, and will conclude The Golden Age.

This upcoming series will explore the effect of the past on the present, like the Keepers of the Keys affected the Locke family in the original story. As previously mentioned, it will act as a prequel and a sequel because of this, with the writers bringing us to the past and showing how those stories affect the characters in the present. Joe Hill has mentioned the Revolutionary War, Civil War, and World War II as the past events that will be visited in World War Key. The first arc will be called Revolution and is scheduled to release in late 2020.