.
You are here: Home / Featured / Lies Made From Light and Fire – The Essential Comics Reading List for Mike Carey

Mike Carey trained at St. Peter’s College, Oxford and spent 15 years as an English teacher before deciding to write comics full time. Like all good English comic creators, Carey got his start writing for 2000AD.

Mike Carey has written the fantastic Felix Caster series of novels that follow a freelance exorcist. He also wrote both the novel and the screenplay for The Girl With All the Gifts, an alright zombie story.

Normally, we do these things in chronological order. But Mike’s a special case that I think deserves a reading order instead. 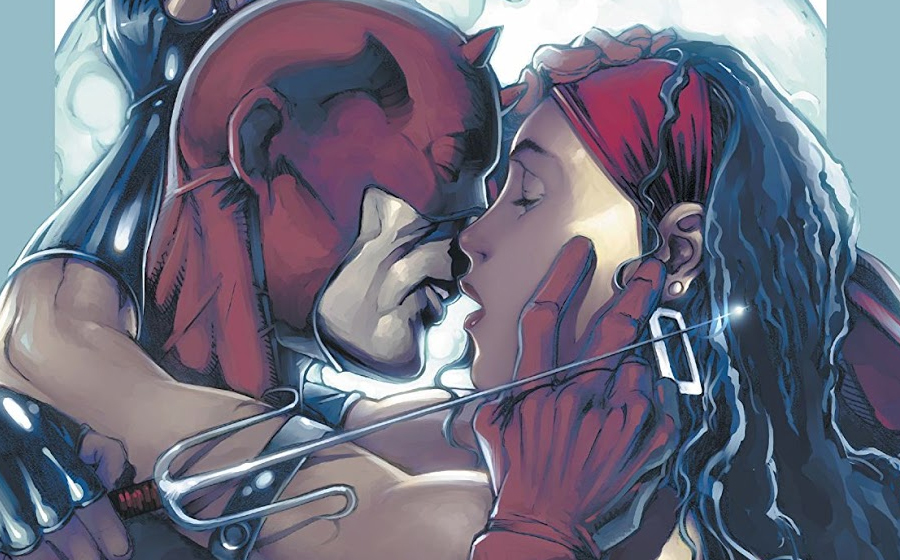 It’s easy to forget, but Ultimate Comics initially conceived as a way for Marvel to attract talent that they would never normally consider. In other words, the imprint didn’t just give us Miles Morales and the Maker; it also gave fans Brian Michael Bendis on Daredevil, Jonathan Hickman on Fantastic Four, and Mark Millar on Old Man Logan.

The Ultimate universe provided a flexible, forgiving framework for crime writers, graphic design geniuses, and mad lads to learn the ropes with a lower risk of failure.

Which is what makes Ultimate Elektra such a fascinating place to start with Carey. It’s a quick, five-issue read that immediately shows his strengths. It’s a character study about why Matt Murdock loves this violent, undead ninja. In classic Carey fashion, story uses character work and mythology to explain why the impossible makes perfect sense to someone. And how, even when things make perfect sense, we can screw them up.

This isn’t his chronological start, but the short read makes it easy to pick up on his character’s work. 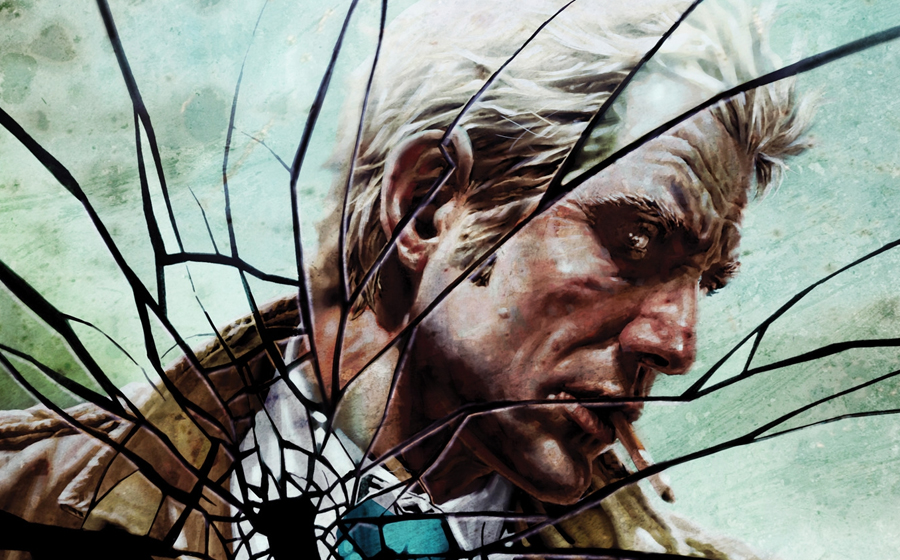 John Constantine is fond of telling people he’s not a magician, but a con man. But the real truth of it is that John is only a con man because he’s addicted to magic. Addiction isn’t exactly new territory for the solo, starting at the very beginning with Delano all the way to Garth Ennis’ legendary Dangerous Habits and beyond, but Carey did something very different:

This is John Constantine’s moment of clarity. His own private step one of “magic anonymous.”

Thus Hellblazer, in Carey’s hands, becomes about a man trying to break out of a pattern of compulsion, self-harm, and toxic relationships. In any other book, watching demons drag a man back to a life of addiction would be a hackneyed trope, but with John these are his friends. He knows these creatures personally.

The last book in the series ends with a magic trick all it’s own. In a book that has seen John torn apart, tortured, and his entire sense of self torn apart, the last fight of the last book is small, on Earth, and with the lightest of all stakes. But it changes the book completely.

And in true Mike Carey fashion, the real end doesn’t happen until after the party is over. After everyone has gone home. It’s just the audience and John. Us and the conman. And we see right through him.

This run ranks up with the very best of them. Best of all, fans who are new to the character can jump right in with book one. 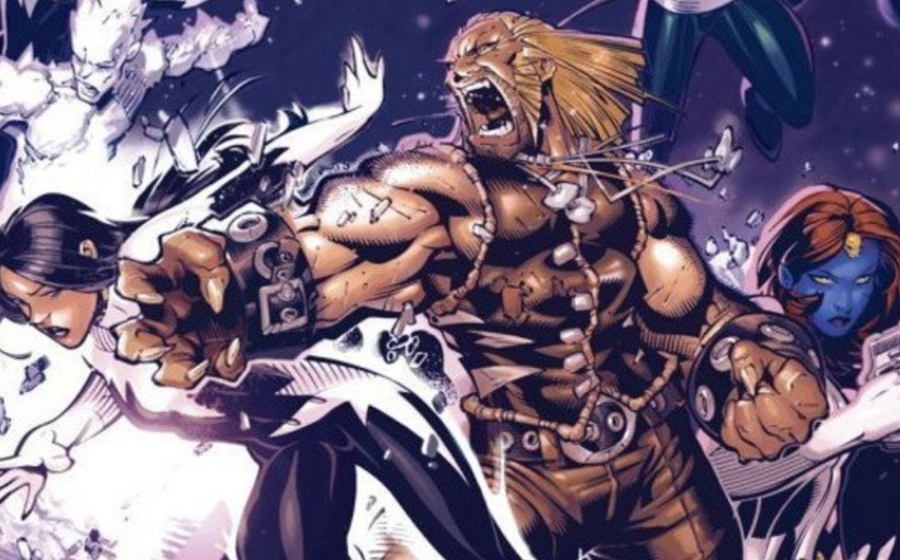 Mike Carey wrote 73 issues of X-Men, and between 2006 and 2011, giving him the second-longest run on the title ever (behind only Chris Claremont).

Long runs like this are critical for the life of a title, creating unique possibilities for action, intrigue, and lasting growth in characters. In fact, Thomas has a fantastic article outlining how Carey’s run has these things. But for now, I want to focus on a different aspect of long runs:

How they provide room for nuance.

Carey took over X-Men just after Peter Milligan’s run. After the events of Messiah Complex

, the mutant world was once again in shambles. Frequently, the “solution” to such a problem would be to reform the team with old favorites, new favorites, and a loveable oddball, and then give them a brand new threat to face. In other words, to go flashy enough for people to forget the last run. Instead, Carey leans way into things, building a team that’s as broken as the state of the book. And that brokeness forms the threat at the center of this book.

Mike Carey took a damaged title and rebuilt it through character studies. Before him, X-Men had been inflated by constant wars and Armageddons. After him, X-Men was a riveting book about soul searching, romance, and betrayal.

He made the gutsy move of taking X-Men during the age of spectacle and returning the comic to the small character work that Claremont made famous. 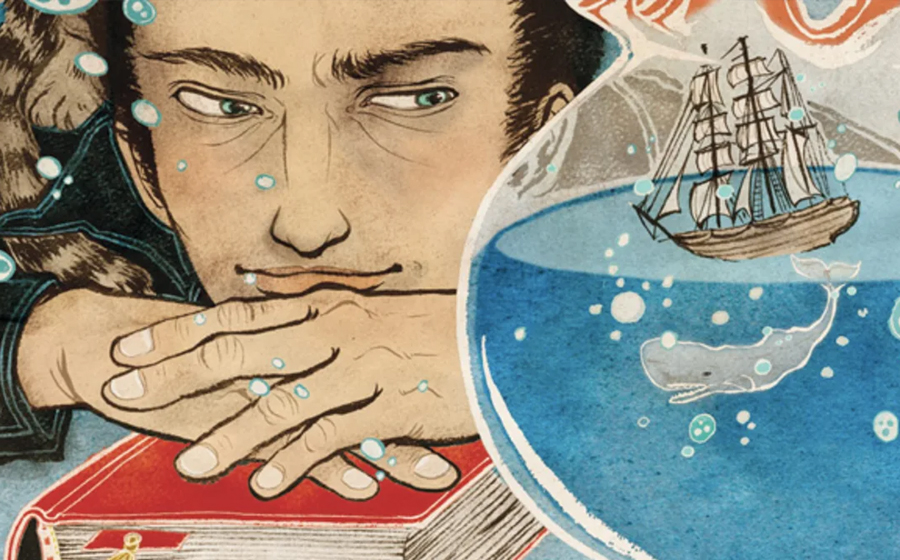 Unwritten starts from a very familiar place. Like Miracle Man, Sandman, and Fables, it’s a story about storytelling.

Tommy Taylor is a famous, fictional boy wizard, very much akin to Harry Potter. Meanwhile, Tom Taylor is the very real son of Tommy’s creator. Issue one ends as you might expect, with Tom realizing magic could be real and that he might be Tommy, thus setting the stage for Tom to meet other, “real” storybook characters.

As I said, it’s familiar. But what makes Unwritten standout is that it’s not about storytelling at all. It doesn’t try to amaze us from the start with obsessive-compulsive worldbuilding, or assure us about how it might be about children’s stories but it’s got enough sex, drugs, and murder to be adult. Instead, it focuses on a boy. A kid whose dad sold his childhood and made him feel unsafe, and now he’s grown up reckless in the public eye. And the boy, now a young man, has gotten in way over his head and once again feels like a child.

So this isn’t just a story about how we tell stories or the power that they have. Those all have to do with how fiction becomes reality. Unwritten is about how what’s real can feel like fiction. How fame, celebrity-obsessed reporting, and social media can make use feel like a character in a book, where our own lives belong more to the people who read about us than to us ourselves. 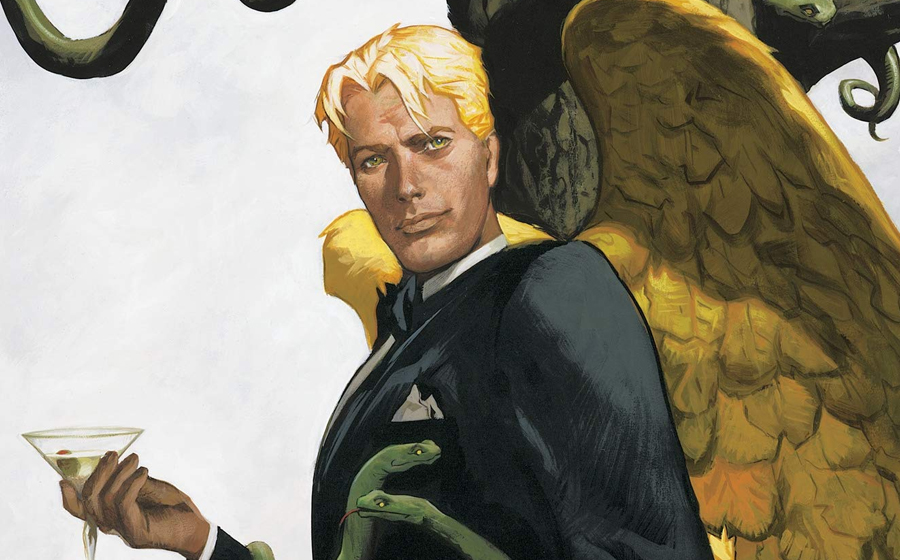 On the surface, Mike Carey’s Lucifer is an audacious “sequel” to Neil Gaiman’s Sandman that followed Lucifer Morningstar and the events of his life after the legendary Seasons of Mist storyline.

And like Sandman, it’s an enormous sprawling epic that’s hard to describe concisely. Even trying does it some injustice, made much worse because it’s about the Devil (and so there’s bound to be some lies and deceit). But I can get it down to three things:

The book has a lofty scale to be sure, and at times can truly feel appropriately biblical in both size and tone. This is really where you can feel Carey’s experience as an English teacher kick in as he effortlessly tricks his readers/students into learning just the right amount of information needed to keep the plot on track and characters clearly defined.

But even though this book features characters and creatures from seemingly every culture and time period on Earth, and even though that makes this book both emotionally and intellectually enthralling, it’s not really what the book is about.

I told you this book has its deceits.

While this book is about incredible, mythical characters hurtling towards a battle that will end everything that was, is, or could be, that’s not the thing that sells it. It’s subtlety. Carey has this way of building unique characters that feel not just separate from one another, but of a distinct time and culture. More incredibly, he makes those characters interact — sometimes for long arcs at a time — without losing that distinction. Best of all is how his characters grow over time.

It is fascinating how Lucifer uses sarcasm as self-defense when he feels weak. It’s there in the beginning, when he’s weakened from his stay on Earth but drops away as his power returns. Then, at the classic downturn in the second act, he loses his power and that sarcasm comes back except more desperate and wounded now.

But I still don’t think that’s what this book is about. To me, this book is about what it means to be human. Maybe unsurprisingly, the Devil has a lot to say about love and acceptance, and those messages have stuck with me. I wish I could tell you more, but I love this series so much that I run the risk of overselling it. Which would deprive you of the chance of reading this for yourself, without my words in your ear.

So know this: Lucifer isn’t just my favorite book on this list, it’s perhaps my favorite comic book period. It is big and sprawling and yet tight and economical. It’s fun, exciting, touching, and powerful. And if you’re at all worried about it being a quasi-sequel to Sandman, don’t be; you don’t need to have read any of Sandman to enjoy Lucifer, and you can read both series without it detracting from either.