Cain Marko (Codename: The Juggernaut) has been rampaging through the Marvel Universe since his first appearance in 1965’s X-Men #12. The Juggernaut serves as the avatar for the ancient deity, Cytorrak, which makes him (nearly) unstoppable. At first glance, the Juggernaut is your classic heavy but once you pry off that comically oversized helmet, you discover a man struggling with his tragic upbringing, sense of morality, and place in the world.

Marko’s step-brother just so happens to be Charles “Professor X” Xavier and their unique relationship has made Juggernaut an X-Men mainstay. But it’s his shifting role between hero, villain, ally, and threat that’s made the Juggernaut to break free of the X-books with memorable parts in stories across the Marvel landscape. 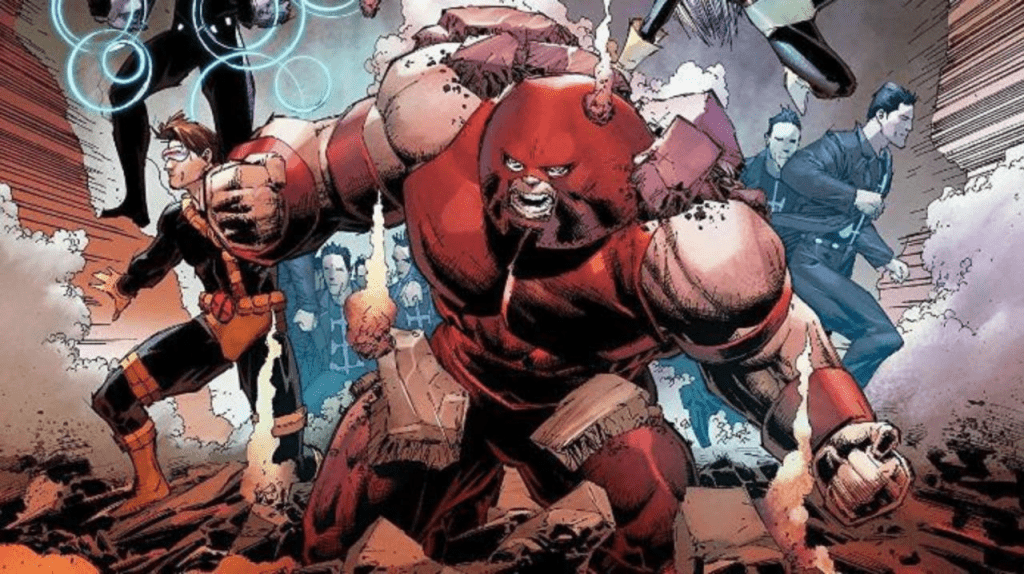 The first appearances of the Juggernaut and the tragic backstory of Cain Marko and stepbrother, Charles Xavier.

Outside of a few appearances, Juggernaut did not have a whole lot to do during Chris Claremont’s legendary run.

Juggernaut and Black Tom try to kidnap Madame Web to take advantage of her psychic visions. Juggernaut has no time for Spider-Man’s pithy banter.

Juggernaut tries to blow off some steam by knocking back a few drinks but ends up in a barroom brawl with the X-Men. Also, we learn more about the somewhat fickle nature of the Juggernaut’s powers.

Loki aims the Juggernaut at Thor and it’s surprisingly effective.

Business picks up for the massive mutant. The 90s feel like a very Juggernaut decade.

X-Force Epic Collection: Under the Gun

The first arc of the new X-Force series is christened by Black Tom and the Juggernaut, and their explosive attempt at stopping a corporate buyout.

Venom: The Enemy Within

An infected Venom struggles to stay alive against the unrelenting fury of the Juggernaut.

X-Men: The Road to Onslaught Volume 1

Oh boy. Onslaught really does a number on the Juggernaut. 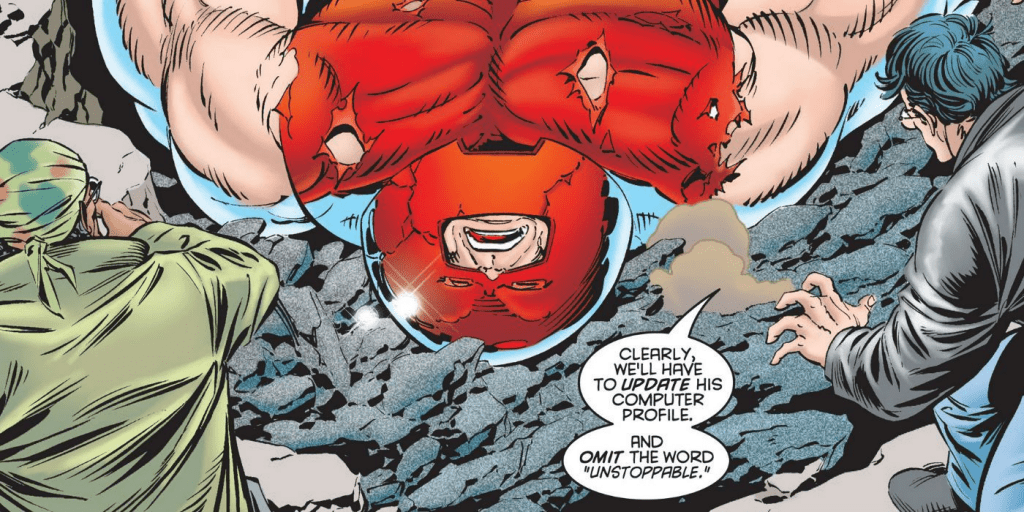 Covering the events of the “8th Day” event — the story provides additional context around Juggernaut’s powers and his mystical benefactor, Cyttorak.

Cain reconciles with his step-brother Charles and joins the X-Men.

X-Men: Trial of the Juggernaut

It turns out that joining the X-Men is not a “get out of jail free” card.

X-Men: Reload By Chris Claremont Vol. 1: The End of History

Juggernaut covers a ton of ground in these issues – acting as a double agent against the new Brotherhood of Evil Mutants, spending time in Mojoworld, and getting turned in a giant baby.

A story that does not fit neatly into continuity. Juggernaut is one of the villains tasked with finding a disc containing true identities behind Marvel’s heroes.

After the events of House of M, Juggernaut hops across the pond and joins Excalibur.

In an effort to protect Xavier, Juggernaut once again assumes his role as Cyttorak’s avatar and holds Hulk to a standstill. For more on this event, please see: World War Hulk

In a call back to the Madame Web story of Amazing Spider-Man #229 & #230, Marko is temporarily empowered as Captain Universe. You be the judge, but I think he looks fantastic. 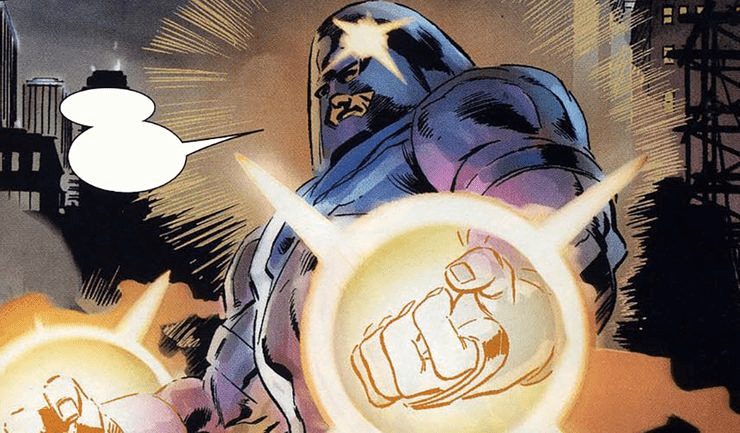 Collects: Thunderbolts #144-147 And Material From Enter The Heroic Age #1.

The Juggernaut joins up with Luke Cage’s Thunderbolts.

Juggernaut has a huge role in the “Fear Itself” company-wide event as one of the hammers of the Serpent transforms Juggernaut into Kuurth, Breaker of Stone. For more coverage, please see: Fear Itself. 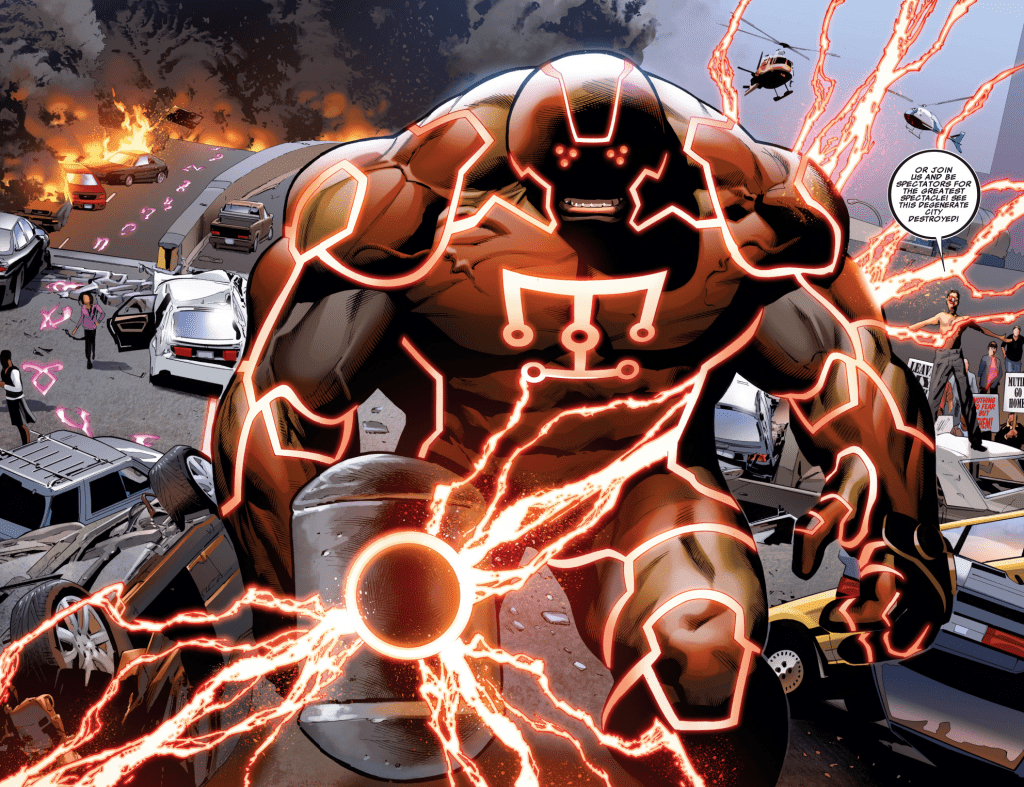 Cain starts to lose his “avatar” powers levels and struggles with what to do next.

Juggernauts Are Always Rising and Falling in America – 2015 to Current

Cain attempts to find peace living off the grid but is drawn back in when Cyttorak tries to find a new avatar on Earth.

The “will they/won’t they” story between Juggernaut and Cyttorak continues as Cain once again dons the mantel of “avatar” and spends time with the dark god’s cannibal disciplines. Thor hits Juggernaut with a lot of hammers.

As the countdown to “Krokoa” begins, Juggernaut helps Cyclops and Wolverine tie up loose ends.

The Juggernaut is recruited to the Savage Avengers and along with Conan, the Black Knight, and Magik, hunt a dragon. 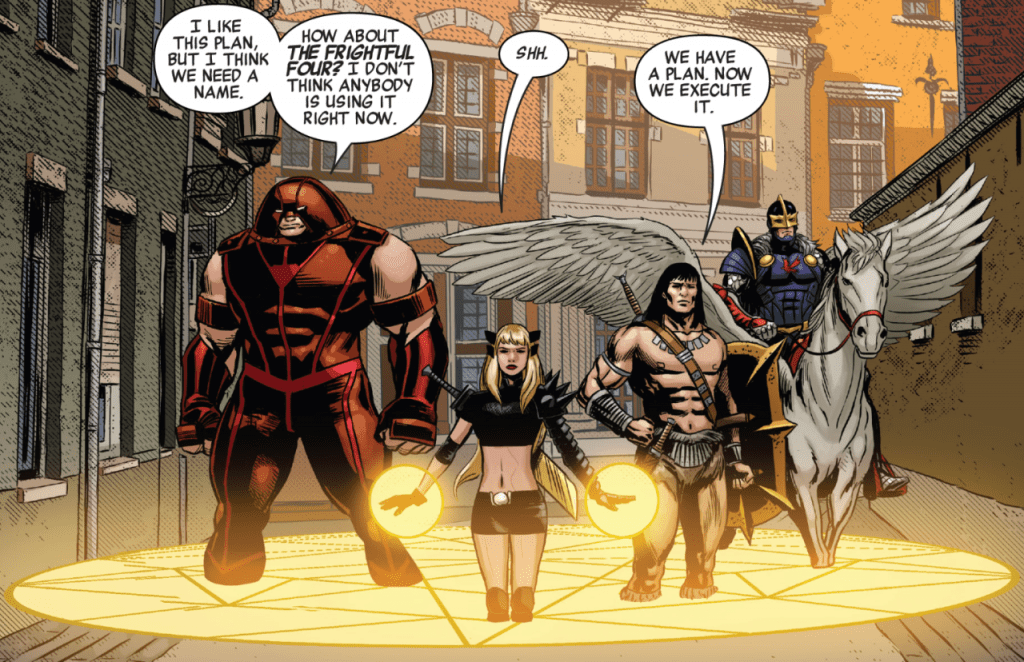 Cain attempts to rebuild his life after bartering away his armor and being denied citizenship to Krakoa.