is a comic book event. Is it a good event? Well, answering that question would require me to state definitively whether or not there is such a thing as a good event. Now, I am perhaps the least qualified person to do that, so let’s just call it what it is and say that it’s an event. It has ups, it has a few downs, but all in all, it is definitely a comic book event.

. At the same time as Empyre continues these three story lines, it also continues Hulking’s story dating all the way back to Allan Heinberg and Jim Cheung’s Young Avengers

(2005). Empyre isn’t just a conclusion, however: it’s also both a status quo change and the beginning of a new story.

First of all, the high points are great. The parts that follow Hulking and the Kree-Skrull Alliance are, in my opinion, the best parts of Empyre. I would have loved to see more focus put on those aspects of the story as opposed to, say, Captain America and his newfound buddies in the military. If an entire series just about the goings-on of the Kree-Skrull Alliance existed, I would read every issue. Intergalactic politics may not be everyone’s cup of tea, but I love them.

Along with Empyre, the Lords of Empyre one-shots are consistently great. Each of the three books focuses on one of the three big players of the story; Hulkling, Swordsman, and Quoi, the Celestial Messiah.

Lords of Empyre: Emperor Hulking gives background on Hulkling and his origins, and includes perhaps the most important line in the history of Marvel. Will said line age perfectly? Probably not. Do I love it anyways? Of course I do. Beyond “I want that twink obliterated,” Emperor Hulkling was my favourite part of Empyre both because I already had an emotional investment in Teddy from Young Avengers—the Heinberg/Cheung series and the Gillen/McKelvie series—and because it was interesting. Intergalactic politics are exactly the kind of thing I love, and to have a story that mixes that with references to Arthurian legend? Oooh boy, I am all over it. 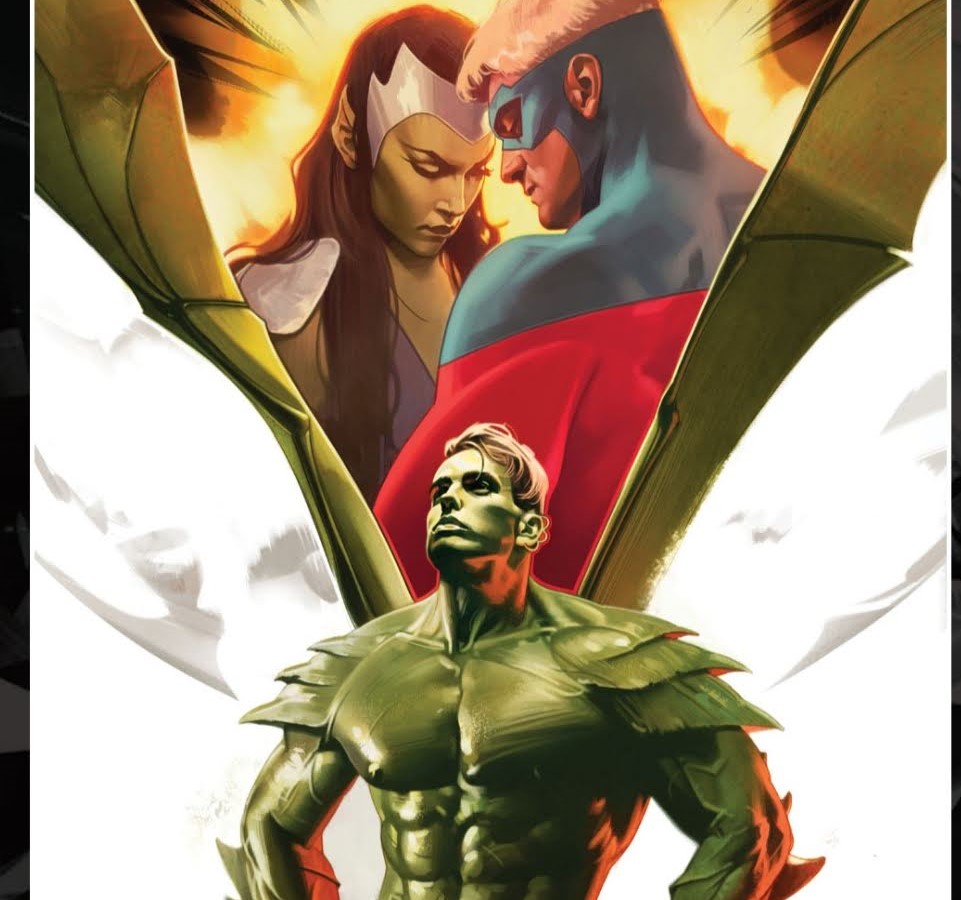 Lords of Empyre: Swordsman and Celestial Messiah are both fascinating looks at a character I knew nothing about and had no prior connection to. But Celestial Messiah is brought down by a scene in which Quoi refers to his mother, Mantis, as a “broodmare,” a “mewling quim” level insult that delivers the one-two punch of reducing Mantis to her ability to give birth and removing her agency in the act of creating a child. I understand that that line is there to make Quoi unlikeable, but that’s possible without resorting to a sexist insult. Maybe I’m being overly sensitive, but I don’t think they had to make eco-fascist tree Jesus misogynistic on top of everything else.

In general, the tie-ins range from outright bad to mediocre at best. The worst offender is Empyre: Captain America, which takes a fairly decent horror premise and bogs it down with what ends up feeling like a military recruitment ad. Which is a shame, because the horror premise is exactly the kind of horror that I love. Body horror is always something that will pique my interest; there’s a reason I love Junji Ito’s works so much, and at least a little bit of that is because they’re full of body horror. That’s what he does.

Aside from Captain America, the tie-in that I enjoyed the least was Fantastic Four. Aside from having a story that can be described as mediocre at best, it also featured so-so art and a panel featuring a Vietnamese villain who harkens back to Yellow Peril imagery. Contrast that with Valerio Schiti’s art in other parts of Empyre and the difference is palpable. As per usual, Schiti’s art is incredible and a cut above the rest. 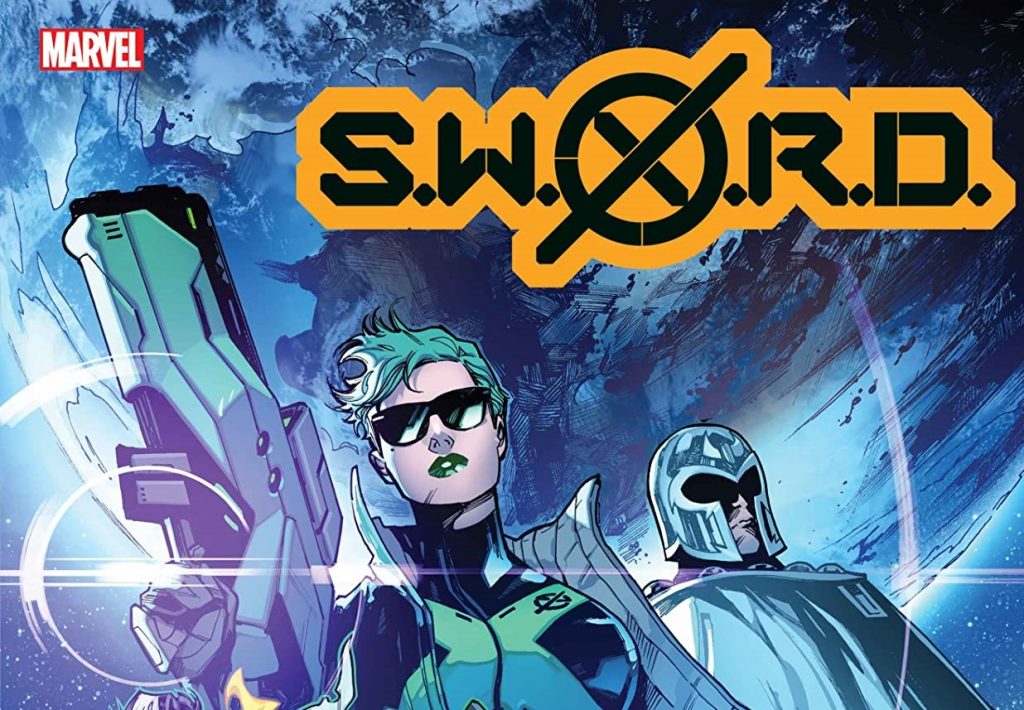 Aside from the typical business-related needs that every event serves, Empyre also serves to introduce SWORD. Al Ewing’s X-book is first teased at the end of Empyre: Aftermath, the same book that sets up a future interaction between S.W.O.R.D. and the Kree-Skrull Alliance—one that may perhaps come to pass with the SWORD and Guardians of the Galaxy crossover set to happen this summer (especially since Hulkling has been shown in promotional material for the crossover).

As important as the story that does exist is, the story that isn’t is just as important. Empyre was announced in December 2019 with a March 2020 release date. For reasons that should be obvious, this became impossible. With the change in release date, some tie-ins were either outright cancelled or delayed. Empyre: Ghost Rider #1, Empyre: The Invasion of Wakanda #1-3, Empyre: Spider-Man #1-3, Empyre: Squadron Supreme #1-2, Empyre: Stormranger #1-3, Empyre: Thor #1-3, and Strikeforce #10 were all cancelled while The Union #1-3 was delayed and resolicited as part of King in Black.

In my opinion, the most prominent example of this truncation was Thor’s story line. Apart from being prominently featured at the very beginning, Thor is absent for most of the event, only to reappear at the eleventh hour with unexplained nature powers of some sort, later explained away as a temporary gift from his mother Gaea. I understand why we didn’t get that part of the story, but that doesn’t change the fact that its absence weakens the event and raises more questions than it ever answers. And referring to it at the tail end of the event only serves to make readers more interested in a story that they’ll likely never get to read.

Beyond that, the fact that so many pieces of the puzzle are missing is a sharp reminder of the fact that people lost work because Marvel saw the lives of its freelancers (which is what many of the people who work on these comics are) as expendable, a number on a ledger. To them, the difference between red and black was more valuable than the potential difference between life and death. Ghost Rider is a prominent example of this. Prior to the pandemic, Ghost Rider was an ongoing that had four issues solicited, one of them being the Empyre tie-in. Once the dust had settled and comics distribution started back up, Ghost Rider had been cancelled. While it isn’t noticeably missing from the event to the same degree as Thor, it’s still a reminder that to Marvel (and its parent company), the livelihoods of its creators are not nearly as important as the bottom line.

To be brief, Empyre has ups and downs, and when you add those up it comes out about average. It’s far from the worst Marvel event of the past twelve months (that dubious honour belongs to King in Black), but it also isn’t something I can in good conscience sum up as either good or bad. Like I said, it belongs in the gray area of “average.” There are some high points, but they aren’t enough to make the low points shine. Beyond the quality, Empyre is haunted by loss, both of tie-ins and of work for their creators.