Batgirl is simultaneously one of the most popular DC heroes, and one of the most underrated. Due to her Bat-family status, Batgirl can seem like an anachronistic also-ran to new DC readers, when the reality is Batgirl – in all of her various identities – is an essential cornerstone within the DC Universe.

Batgirl’s most well-known identity is Barbara Gordon, the adopted daughter of Gotham Police commissioner Jim Gordon. Barbara, or Babs, has plenty of great Batgirl stories, both in classic Batman comics and in DC’s New 52 and Rebirth. Additionally, following the events of Batman: The Killing Joke, Barbara is forced to take on a new role in the DCU as Oracle, and ultimately becomes even more of a power player with Batman, the Justice League, and the Birds of Prey.

You’ll also find reading orders for new 2000’s era Batgirls, Cassandra Cain and Stephanie Brown. If you have any questions about the reading order guide below, do what feels right in the comments. And as always, enjoy the comics! 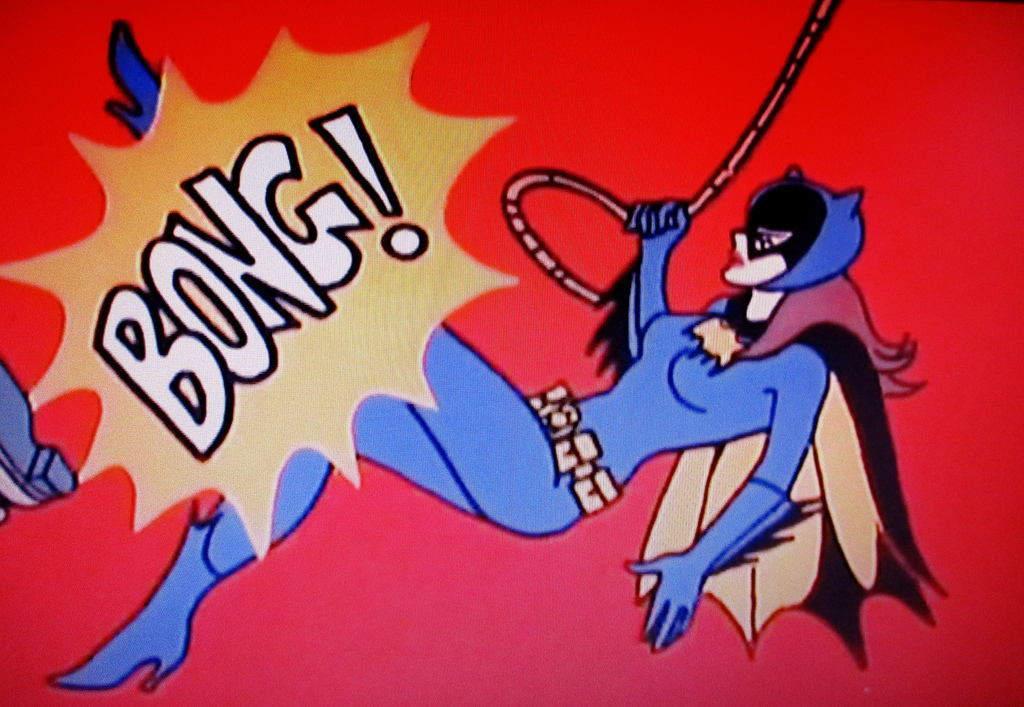 Includes Batgirl: Year One #1 to #9 by Scott Beatty and Chuck Dixon. There’s a collection with just the Batgirl issues, but the combo with Robin: Year One (also good) remains in print and more affordable.

Another look at Barbara Gordon’s early days as Batgirl.

Some of Batgirl’s earliest comic book adventures from the late 60’s through the early 70’s. While chronologically these stories occur prior to Batgirl: Year One, I’d recommend most new readers start with the more modern take on Batgirl from the 90’s.

Batman: The Cat and the Bat

As you’d expect, this is a Nightwing story through and through, but it helps build some of the relationship between Richard Grayson and Barbara Gordon. 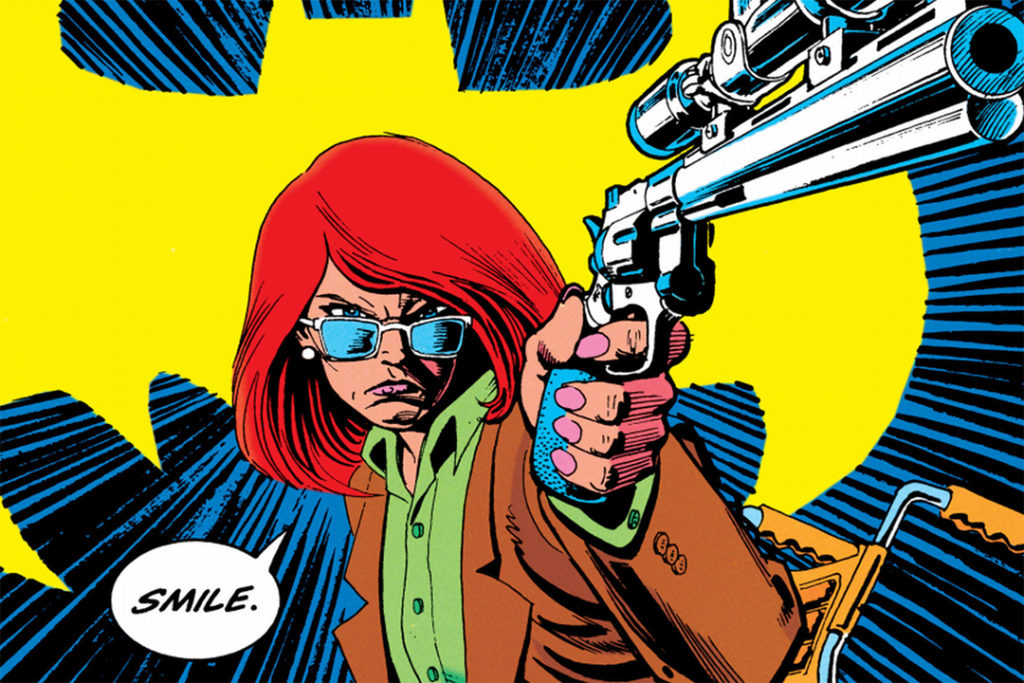 The Killing Joke And Rise of Oracle

The Killing Joke is the increasingly controversial graphic novel from Alan Moore and Brian Bolland. In my opinion, Moore is the best comic book writer of all time, and while this isn’t his best work, it’s a formative Batman graphic novel, with lasting ramifications for Batman, Joker, and the Gordon family.

After Alan Moore and Brian Bolland’s The Killing Joke effectively ended Batgirl as we knew, the Suicide Squad creative team of John Ostrander and Kim Yale revived her as a new character: Oracle. The earliest Oracle appearance can technically be traced to a single panel in Suicide Squad #23 (seriously, it’s just a computer monitor saying “Hello… I Am Oracle”), and there are clues throughout Squad including the reveal of Oracle’s identity in Suicide Squad #38.

The two key issues for developing this all-new direction, though, are #48 and #49, where Ostrander and Yale begin to rebuild the damage done to Batgirl with some of the sensitivity it deserves. Oracle will appear in Suicide Squad on and off for the remainder of the run, and while I’d always recommend reading this era of Suicide Squad in its entirety, you can really start with #48 if you’re just here for the Babs.

(AKA Oracle: Year One)

This prelude to Batman: Knightfall by Denny O’Neil and Joe Quesada makes strong use of Oracle, beginning to highlight her role for the Bat family throughout the 90s. If you’re so inclined to read the entire Batman: Knightfall arc, Oracle starts to get major play towards the end of the KnightsEnd, particularly in Detective Comics #680. 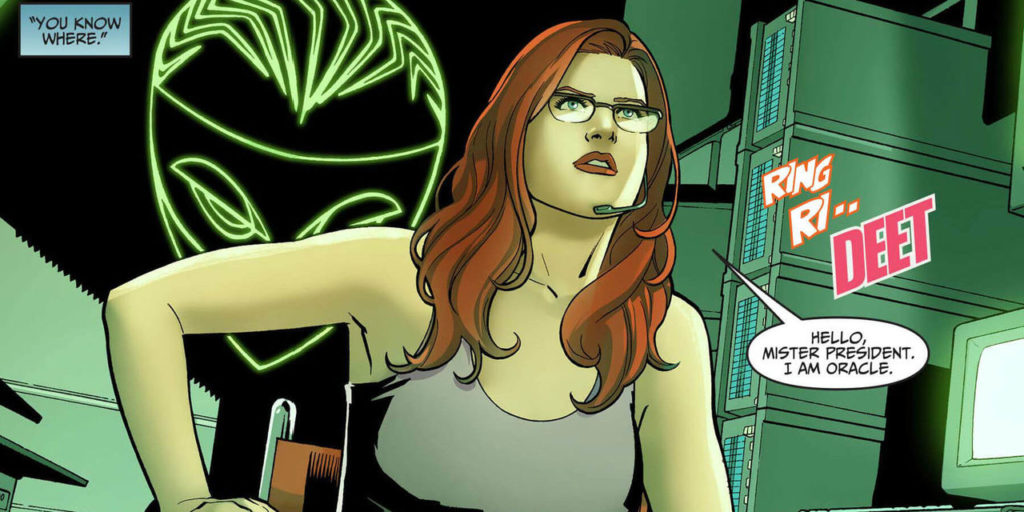 Enter The Birds of Prey

Birds of Prey Vol. 3: The Hunt for Oracle

In the wake of Batman: No Man’s Land, Cassandra Cain takes on the mantle of Batgirl under the tutelage of Barbara Gordon. Opening arc by Kelley Puckett and Scott Peterson, as an all-new chapter in Batgirl, daughter of assassin, carries through the 2000’s.

Batgirl Vol. 2: To The Death

Note that Issue #24 overlaps with the Bruce Wayne: Murderer?

Storyline that ran throug the Batman family titles in the early 2000’s.

Batgirl issues #29 and #33 are included in the Bruce Wayne: Fugitive

Gail Simone and Ed Benes takeover of Birds of Prey is one of the best runs on DC Comics in the 90’s, starring an initial crew of Oracle, Black Canary, and Huntress. Fantastic work on Barbara Gordon here, and a great starting place for fans of the character.

Birds of Prey, Vol. 4: The Battle Within

In the aftermath of Infinite Crisis

From Cassandra Cain to Stephanie Brown, a New Batgirl

Cassie Cain gets a relaunched solo series, although at only six issues it was fairly short-lived.

After Final Crisis, we get our third Batgirl in the form of Stephanie Brown. By Bryan Q. Miller and Lee Garbett, with a 2009 to 2011 Batgirl series that ran for 24 issues.

For the full context of Batgirl’s New 52 comics appearances, you can check out Comic Book Herald’s  complete New 52 reading order.

Gail Simone and Ardian Syaf’s New 52 Batgirl relaunch restores Barbara Gordon’s mobility and original hero title. The first arc expertly weaves the events of The Killing Joke into a complex psychology for Batgirl without wiping away her time as Oracle.

Batgirl Vol. 3: Death of the Family

Crossover with the Batman Death of the Family

story carrying through Scott Synder and Greg Capullo’s run on New 52 Batman. Barbara finally gets her New 52 face to face with the Joker.

You could either read the New 52 Batgirl and Birds of Prey in alternating volumes (Batgirl Vol. 1 then Birds of Prey Vol. 1, etc) or simply in chunks like I have them listed out here. Chunks is easier, but if you really want to be careful with the chronology, alternate.

Birds of Prey Vol. 3: A Clash of Daggers

Batgirl gets an Endgame one-shot tie-in during the mega Batman vs. Joker event taking place in the Snyder and Capullo run.

You don’t need it, but you can see how these tie-ins fit into the full Convergence event reading order.

Batgirl And The Birds Of Prey Vol. 1: Who Is Oracle?

Rebirth launches an all-new status quo for Batgirl and the Birds of Prey.

Beyond the Birds of Prey, Batgirl gets her own Rebirth ongoing.

Although there’s no Batgirl in Rebirth’s Detective Comics, the all-new team does include Cassandra Cain as Orphan and Stephanie Brown as Spoiler (Not to mention Batwoman!).

Batgirl is a key supporting character throughout Nightwing, as the longtime romantic interest of Dick Grayson.

Batgirl & the Birds of Prey Vol. 2

Collects: Batgirl And The Birds Of Prey #7-12