The “Dark Phoenix Saga” is among the most pivotal stories in Marvel Comics history, and without question one of the X-Men’s most iconic moments. The resurgence of Uncanny X-Men by Chris Claremont, Dave Cockrum, John Byrne and collaborators all builds to a five-years-in-the-making trial by fire of both Jean Grey and Marvel’s merry mutants.

As the My Marvelous Year reading club reads through these essentials in Marvel, I’ll be re-exploring some of the fringe comics and stories that expand the traditional read, both to establish a reading order and to determine how much value is added branching outside the core comics issues. 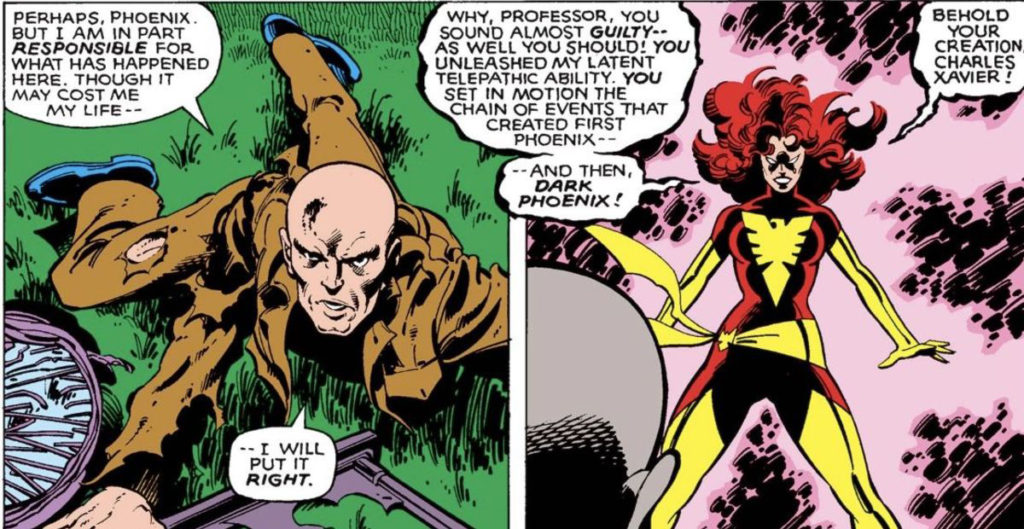 Looking back, it’s remarkable how much X-Men lore is packed into these pages, introducing readers to Kitty Pryde, Dazzler, Emma Frost, the Hellfire Club, and most importantly, Candy Southern. Whether it’s Wolverine growling “Now it’s my turn” from the sewers or the X-Men vs. the Sh’iar Imperial Guard for the fate of Jean Grey, the “Dark Phoenix Saga” more than lives up to its reputation.

Reading “Dark Phoenix” as published can be quite straightforward, unless you want to mix in the backmatter, What Ifs, and apocrypha that have shaded the narrative edges over the years. In that case, a handy reading order comes into play!

I’ll also note that “Dark Phoenix” is well and truly the culmination of years of X-Men comics, all kicking off with 1975’s Giant Sized X-Men #1. So, yes, you can certainly pick up Uncanny X-Men #129 to #137 for the most direct route, but running back to the start of the Chris Claremont written era of X-Men pays dividends.

That’s the approach Marvel’s most recent “Dark Phoenix Saga” omnibus edition takes, acknowledging that the “Phoenix” and “Dark Phoenix” sagas are really pieces of a whole.

Classic X-Men launched in the late 80’s as a way to reprint some of the Claremont/Cockrum/Byrne highlights from the past decade, and to mix in a number of short stories playing with the benefit of hindsight. For the most part, the Jean / Phoenix focused “Classic” stories expand her character and reaction to the newfound power associated with the Phoenix force.

This installment of “Classic” is my pick for most memorable of the bunch, with a much deeper look at those transformative moments when Jean sacrificed herself to save the X-Men, and the Phoenix entered her life.

The first story in Bizarre Adventures 27 finds Jean’s sister, Sara, recounting a story of the time after Jean inherited Phoenix powers, but before her end in Uncanny #137. It’s black-and-white, and unfortunately a little roughly reprinted, but that shouldn’t turn you off from the wildest non-alternate reality bonus story of the bunch. Let’s just say Attuma makes Namor’s constant pining for Sue Storm look like routine romance.

The “What If” and “Untold Story” combo are fascinating in that there were very real plans for a “Dark Phoenix Saga” that ended without the death of Jean Grey. Even better: The round-table conversation between the Uncanny X-Men creative team and Marvel editor-in-chief Jim Shooter. It’s an absolute must-read for obsessive fans of X-Men, especially this era!

Or, again, if that’s more resurrection than you want to mess with, you can always just tackle the “core” issues!

The story continues in…