The Justice League are the premier superhero team in all of comics. The first on the scene, and one that consists of some of the strongest and most interesting heroes to ever grace comics. While there are primary team members, such as the original seven, Superman, Batman, Wonder Woman, Green Lantern, Flash, Aquaman and Martian Manhunter, the Justice League roster has found itself expanded in a number of stories and even across mediums. Including both the live action film, and the Justice League/Justice League Unlimited cartoons.

As such, Justice League stories can vary heavily in how the team’s dynamics change, or in the types of adventures they encounter. Because of this, there is a Justice League story for every type of reader, and for every mood they are in. If you were to explore the Silver or Bronze age of Justice League, you’d come across such amazing stories as Joker convincing the world that the Justice League are evil. Or the numerous crossovers between Earth-One and Earth-Two. Stories that steep heavily into the DC Universes pre-Crisis mythology. All fantastic and worth checking out, if you’re prone to picking up collected editions. Here are just a few of the amazing stories the Justice League have to offer from a more modern era. 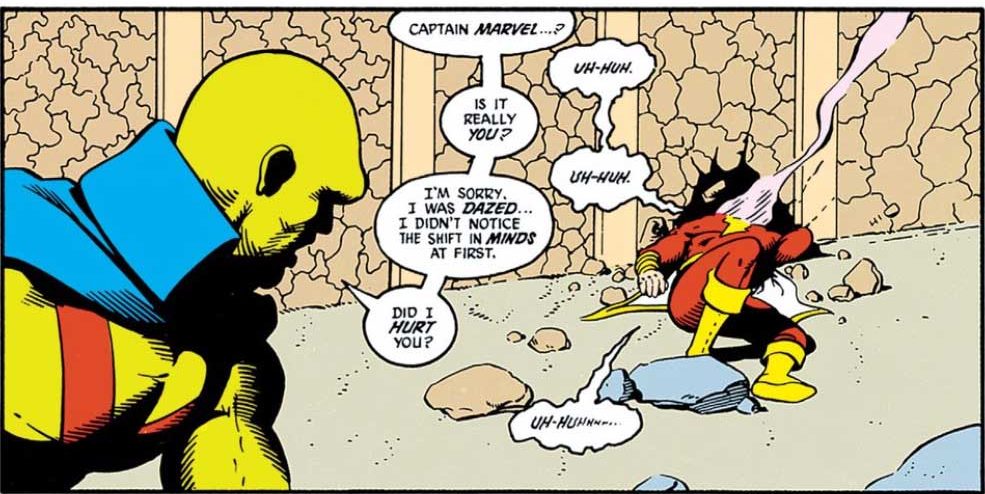 Justice League International by JM DeMatteis, Keith Giffen, and Kevin MaGuire took the League in a whole new direction. Going from fairly serious action/drama, to a character driven drama/comedy, “New Beginning,” the first of the JLI arcs, sees a somewhat different roster for the Justice League. Batman is still on hand as he seems to always be a draw for getting people to buy books. But you also have the Guy Gardener Green Lantern, Black Canary, Blue Beetle, Captain Marvel (Shazam), Doctor Fate, the hero Dr Light, Martian Manhunter and Mister Miracle. An unusual team for the Justice League, but the dynamic of this team creates a massively entertaining read, which the first arc shows off perfectly. A major highlight comes from the tension between Guy Gardner and Batman, played to perfection.

It’s no secret that Batman is a paranoid figure. Frequently on guard for anything that might defeat him, or for any danger that might arise. Unfortunately, this also spreads to his teammates. What if Superman went berserk? What if Martian Manhunter decided that the Earth just wasn’t worth protecting after the loss of his species? Every possibility for when a member of the Justice League turned on them is thoroughly thought through, with contingency plans for everyone. However, what if one of the League’s greatest enemies was to get a hold of these plans? Would the Justice League survive the assault? And worse of all, would they survive the betrayal, no matter how accidental?

Just because our Justice League present themselves as heroes, that doesn’t mean they are in every dimension. In Grant Morrison and Frank Quitely’s Earth 2, our Justice League come face to face with another reality, one where the Justice League rule the world with an iron fist. Known as the Crime Syndicate, their members are twisted versions of the heroes we know. Ultraman, Owlman, Super Woman, Power Ring, among others. Our Justice League attempts to right the wrongs of their world. However, what if their world doesn’t want saving? And what happens to the karmic nature of the universe when one world messes with another?

Any time Alex Ross touches a comic book, you are undoubtedly in for a visual skeptical. With Justice, and collaborator Jim Krueger, you get not only a beautiful display of Ross’s stunning painted artwork, but also a throwback to the days of the Super-Friends cartoon. The Justice League find themselves going up against the Legion of Doom, as every supervillain finds themselves experiencing a single dream, one that foretells the destruction of the planet itself. Justice has perhaps one of the largest rosters of Superheroes and Villains across both teams, as well as appearances by non-Legion or non-League members. Justice is both a love letter to the 70s, and a 12 issue treat of beautiful art. 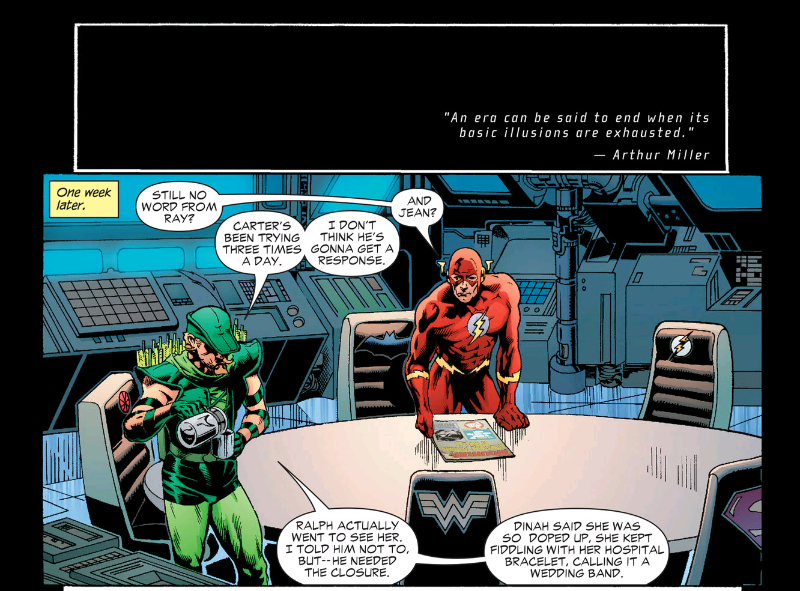 One of the more infamous Justice League stories, Identity Crisis centres around a murder mystery within the group, and results in pointing fingers and a series of once covered events coming to light. The plot kicks into action with the death of Sue Dibny, wife of Ralph Dibny, the Elongated Man. The room shows no sign of anyone entering or leaving, the method seems unusual, and no one is quite sure who the murderer is. Given just how much Sue knew about each member of the Justice League, a private tragedy now becomes an exercise in paranoia, as the group rush to figure out who killed her, and which of their loved ones might be next.

Taking place during the New 52 era of DC Comics, Forever Evil sees the Justice League at a critical state after returning from an alternate dimension. Superman is at deaths door, and while the League are stuck and beaten, the world is at the mercy of the Crime Syndicate. With intimate knowledge of some of the Justice Leagues own secrets, supporting characters such as Nightwing find themselves beaten and unmasked for the world to see. As the world plunges into chaos, it’s up to Lex Luthor, a genetic abomination created from Superman’s DNA, and Captain Cold to figure out how to defeat the Syndicate.

The last major arc from the New 52 era of DC, “The Darkseid War” explores not only secrets the Amazon’s kept hidden from Wonder Woman, but the unknown children of Darkseid himself. This epic spans both earth, and the fiery pits of Apokolips. The journey the Justice League takes puts the idea of the New Gods into question, as key members of the League become Gods themselves. Superman taking into him the very pits of hell, Flash becoming a new incarnation of Death: the Black Racer, etc. “Darkseid War” is an epic in every sense of the word, and sets up plotlines that are still being felt now, over 5 years later. A worthwhile visit if you plan on picking up Three Jokers by Geoff Johns and Jason Fabok.

Has anyone ever questioned why it is that Superman is often tormented by a fifth dimensional imp? Perhaps his motives had a deeper meaning, such as preparing Superman and the rest of the Justice League for one day needing to travel to the Sixth Dimension. As the universe is becoming more and more unstable thanks to the events of No Justice

and the work carried out by Lex Luthor and the Legion of Doom, the Justice League travel to the Sixth Dimension and meet future counterparts who claim to have not only fixed the problem, but also gone on to create a perfect world, where their goals are not only met, but the world now runs with perfect precision. However, are these people really who they claim to be? And what really caused the world to become this perfect utopia?