Truth and revelations arise like the dead from their tombs, in both Excalibur #15 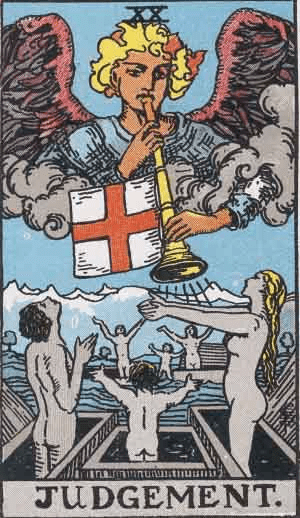 First and foremost, this is a card of rebirth, not of judgement per se, despite its name that aspect falls under the Justice card. It depicts the biblical Judgment Day when all the people of earth, living and death, will be judged to see if they are worthy of eternal life. But there’s a lot of interesting aspects of this card comparing it to Excalibur.

One of its many symbols is the flag with the Cross of St. George, a standarte used by the soldiers of the Crusades, a religious war to recuperate the Holy Land from Islamic rule. They thought they were answering a call from God and that’s why the angel on the card has a trumpet. This is similar to how Arakko is trying to take down the Starlight Citadel, and then conquer Krakoa like they did with Dryador. 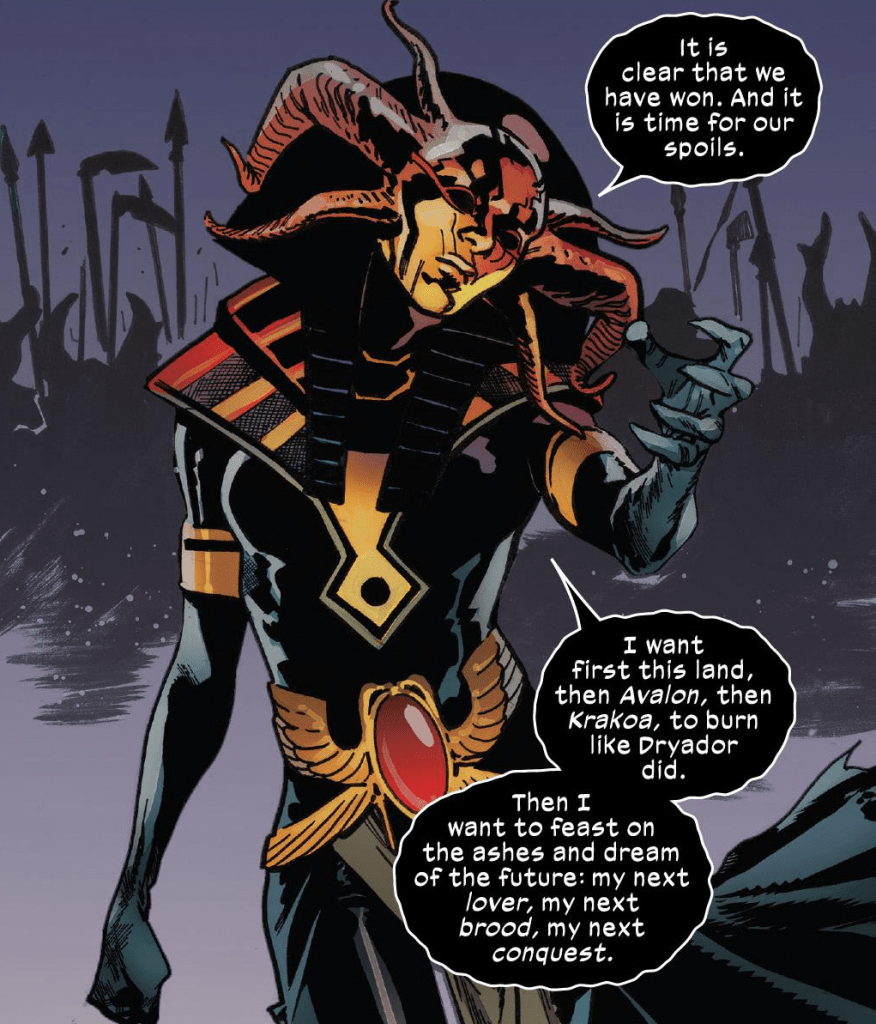 On the Thoth Deck, this card is called Aeon. The religion of Thelema claims that the whole history of humanity can be divided in aeons, periods of distinctive expressions of magic and religion. The first aeon is believed to have occurred during prehistory when mankind worshipped Mother Earth and saw divinity as a female goddess, represented by Isis. In the case of mutantkind, this period may be when Okkara was the one land of mutants and Genesis its leader, whose mutant power is connected to the land itself. The second aeon was during the medieval centuries, when humanity believed in one single God, symbolized by the Egyptian god Osiris, and their values were more patriarchal.

In mutant history, this could be the time Apocalypse spent trying to strengthen mutants to make sure they would be victorious over the Amenthi invasion. The third and often last aeon is symbolized by Horus, and is believed by Thelemites to be an era where humanity will enter a period of growth, consciousness, love and self-realization. Maybe that’s what’s in store for mutants and their future in the Dawn of X and upcoming Reign of X. 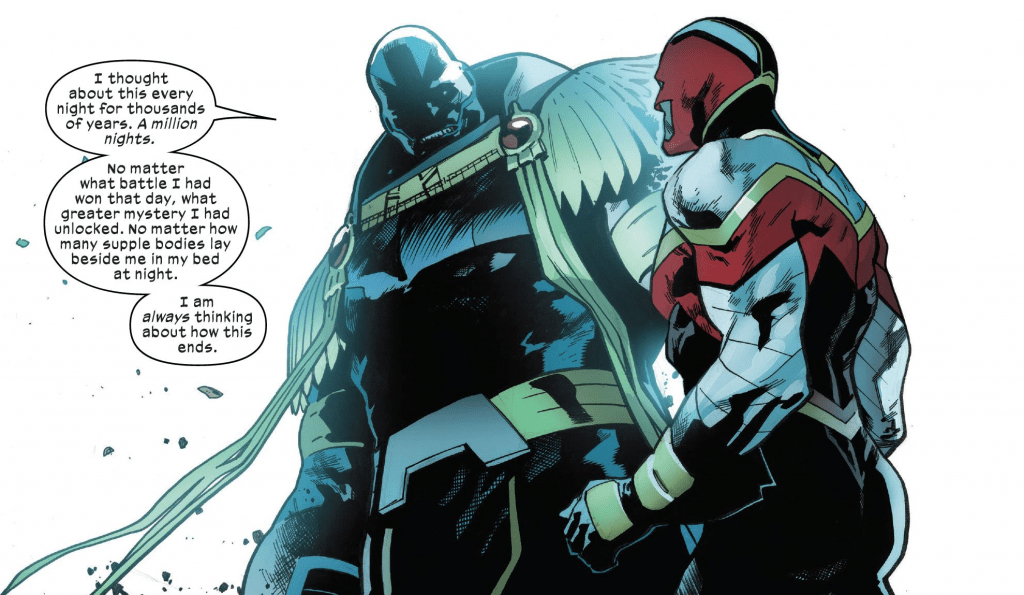 Remember what I first said, this is a card of rebirth. An epiphany has woken you up from your slumber. It’s also about forgiveness and redemption, as we see Apocalypse fighting alongside the mutants who used to be his rivals standing in the way of his goal. But it also applies to Bei the Blood Moon, who in a turn of events decides to join Krakoa and fight with her loved one, Cypher. Also, this is often seen as a card related to music, so let’s not forget Bei’s mutant power, her Doom Note.

Finally we see a literal rebirth, as Saturnyne had planned for Brian to be protected by the Starlight Sword and bring back the Captain Britain Corps. But by reuniting the broken pieces of Betsy, the Corps are back but not in the way she expected. When the card is reversed it could show ignoring the truth or being in denial. When Saturnyne finishes her spell, all the Captains Britain from different realities respond to the call of the Omniversal Majestrix like the dead answer to the call of the angel on the Judgement card. This means a new era, or aeon for both Otherworld and maybe Krakoa and the whole of mutantdom. 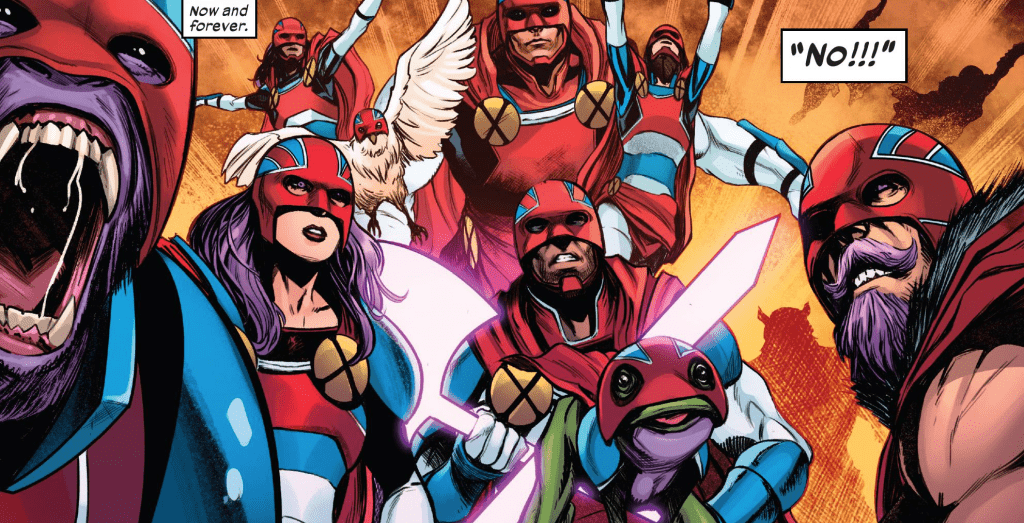