Marvel loves a good “war” event (Secret war, Civil war, World War Hulk, etc), and as far as naming goes, War of Kings is right up there at the top. A cosmic war of kings? Involving the Kree and Shi’ar empires? Ok, hang on, let me clear my schedule.

One major change in War of Kings is that it really starts to blend the earth-bound Marvel Universe with the Marvel Cosmic scene. Don’t worry, our heroes never even set foot on Earth (aside from Nova), but War of Kings brings more familiar faces to the Cosmic battlefront, including the Inhumans and X-Men.

The end result is something of a mixed bag, and for reading purposes it also results in more “issue-by-issue” reading needs. Whereas Annihilation and Conquest were relatively self-contained, War of Kings feels comparatively sprawling. This creates the need for both a trade collection list and an issue-by-issue reading list, because every issue of Guardians and Nova might follow a specific issue of the main War of Kings series.

You can find all that and some background reading suggestions below. As always, you can send your questions to me here. 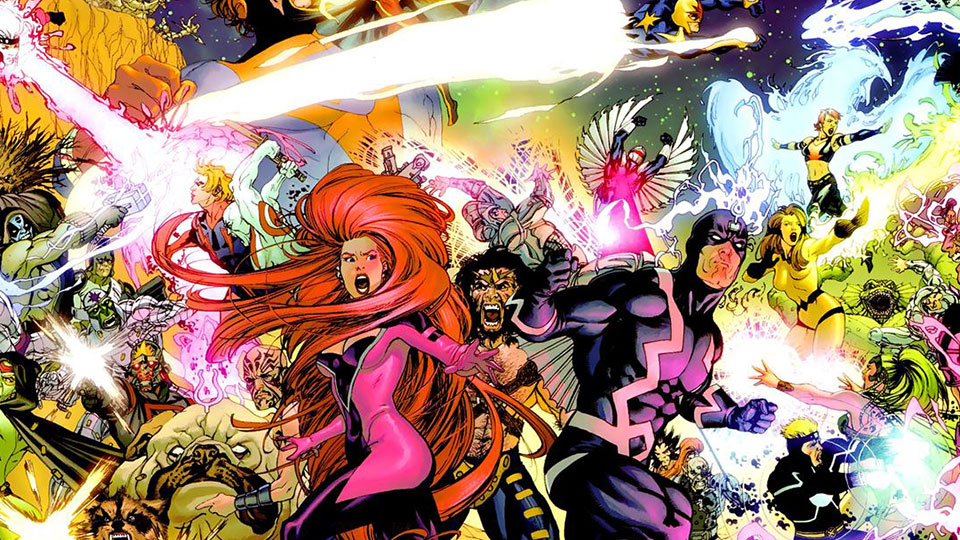 The adventures of Richard Rider continue for several issues in between Annihilation: Conquest and War of Kings. Nova’s War of Kings involvement is pretty peripheral, but for those of you enjoying Richie’s story, there are a lot of big developments in these issues.

Even though this trade is labeled “War of Kings” it really fits in better as a prologue.

While it may seem a little odd including a Secret Invasion tie-in here, the impact on the Inhumans sets the stage for much of War of Kings. If you want to dive right in, the Road to War of Kings includes some slight Inhumans’ backstory as well.

And while we’re talking about Marvel Events that greatly impact War of Kings:

X-Men: Deadly Genesis & Rise and Fall of the Shi’ar Empire

Road to War of Kings

Note: From this point forward, you’ll need more of an issue-by-issue guide to keep continuity in tact. The relevant trades for these issues are included below.

Next: Realm of Kings