As such, there’s no real “event” within Realm of Kings. The Guardians of the Galaxy, Nova, and all the other titles you know and love find themselves dealing with the catastrophic conclusion to War of Kings. There’s a clear sense throughout the Realm of Kings stories that all this is building to something huge, and of course, it is.

Don’t worry, though, Realm of Kings isn’t just filler. Far from it. The stories here largely continue to push the Marvel cosmic narrative arc for the better, ultimately leading us to the major showdown I can’t even name here for fear of spoilers.

And if that’s not incentive enough, Realm of Kings also represents the end of Guardians of the Galaxy and Nova in their Dan Abnett & Andy Lanning incarnations. You definitely don’t want to miss how these phenomenal series wrap up. 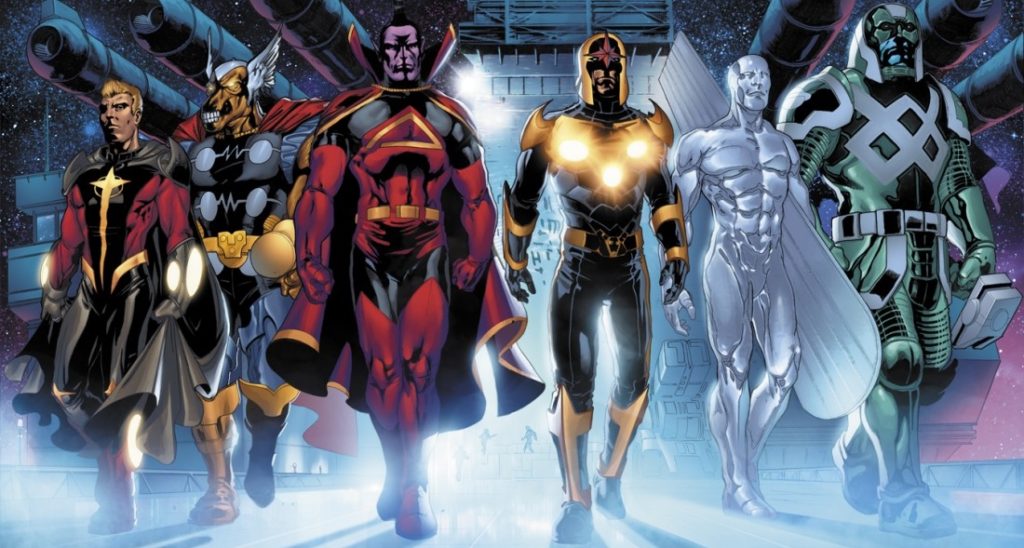 If Realm of Kings can be said to have any “event” issues, it’s the one-shot included with the Guardians of the Galaxy trade.

Personally, I read this one-shot first, and it sets the stage for all of the impending action with The Fault. You could, conceivably, read the one-shot after the Guardians of the Galaxy issues, but I prefer to get the full feel of the event myself.

Worth noting that these issues don’t really move the needle on the major plot elements. If you’re invested in the state of the Inhumans and Shi’ar following War of Kings, then these five issue minis are for you. I haven’t read the Son of Hulk tie-in, so you’re on your own there.

Definitely should be read after the Realm of Kings one-shot.

And there you have it. Barring the event book below, this marks the end of the Marvel Cosmic era for the decade. We’ll always have Knowhere.

Next: The Thanos Imperative