As badly as he’d have me beaten, blacklisted, and balded for saying this, any guide to Lex Luthor comics doubles in many ways as a guide to Superman comics. Luthor and Supes are inextricable, forever destined to wage their war of perceived good and evil for the heart of mankind.

As a result, you can find many of Lex Luthor’s comic book appearances in the pages of Comic Book Herald’s Superman reading order.

In recent years, though, the likes of DC’s New 52 and DC Rebirth have broken new(ish) ground for Lex, operating fully as a member of the Justice League and as a Superman of Metropolis. His return to villainy has always been in the cards, and the Legion of Doom will always hold a seat at the table for Lex Luthor.

Below you’ll find many of the most essential Lex Luthor comics, from his team-ups with Braniac to ascension to the throne of Apokolips.

Lex Luthor: A Celebration of 75 Years

Sexy Lexy gets his own greatest hits compilation as part of DC’s massive 75 years hardcover collections. This compilation extends into the 2000’s, but also includes some classic Lex Appearances such as Action Comics #23 and Superman #4. 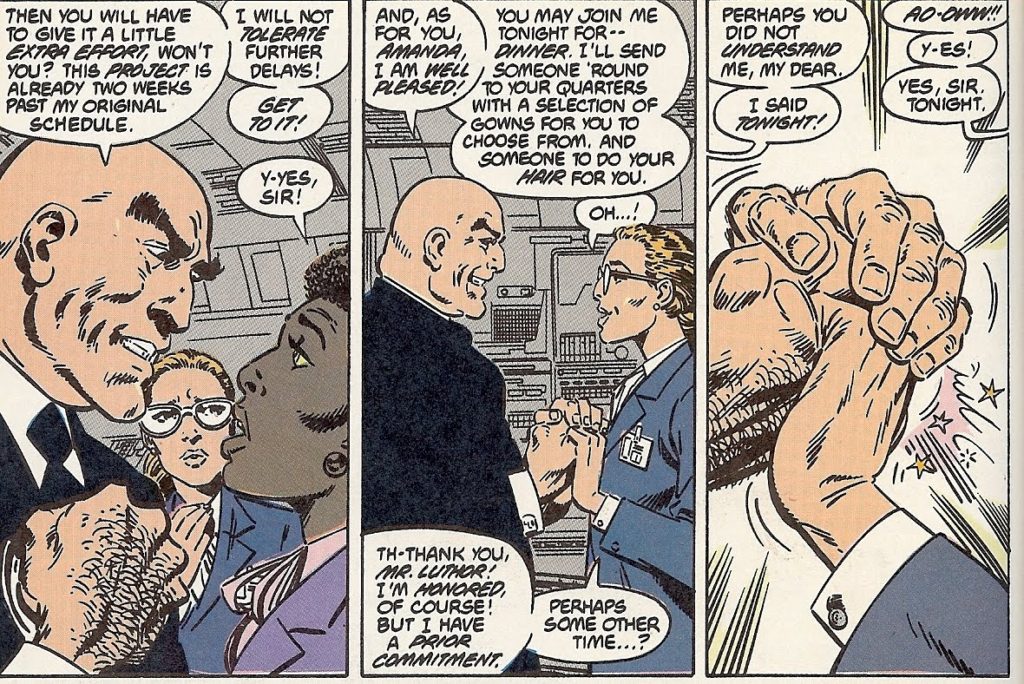 Superman: Whatever Happened to the Man of Tomorrow?

Collects: Superman #423 And Action Comics #583, As Well As “The Jungle Line” From Dc Comics Presents #85 And “For The Man Who Has Everything…” From Superman Annual #11

“Whatever Happened to the Man of Tomorrow” is Alan Moore and Curt Swan’s “final” Superman story, writing a two issue look at the Man of Steel’s possible last days. Naturally, Lex Luthor is involved, although he meets a perhaps less glorious fate than he would have prescribed for himself.

Collects: Crisis On Infinite Earths #1 To #12

Marv Wolfman and George Perez’s work on Crisis is relevant for everyone in the DC Universe – Crisis comes for them all – but the Luthor name is particularly impacted through the priority inclusion of a heroic Alexander Luthor from an alternate Earth. This Luthor’s presence will continue to have ramifications for the DC Universe into the 2000’s.

Superman: The Man of Steel

The post Crisis Superman mythos was handed over to creator John Byrne, who reimagined Lex Luthor as the malevolent business mogul we know today. The entire Superman: Man of Steel series is worth reading for Luthor’s involvement, as are the Action Comics issues that run concurrently, including Action #600 which has major ramifications for Luthor. 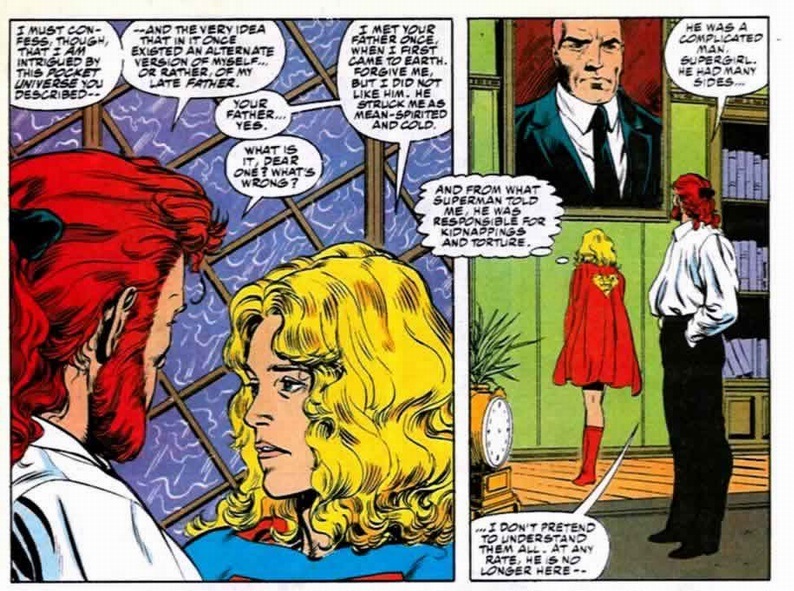 Following his apparent demise, Luthor reemerges as a benevolent team player with the clone of a protoplasmic Supergirl. You know, completely normal day to day routine stuff!

Grant Morrison’s time writing JLA (primarily with artist Howard Porter) is widely heralded for a number of reasons, but some of my favorite moments occur when Lex Luthor shows up sporting his own Injustice Gang in the “Rock of Ages” storyline. 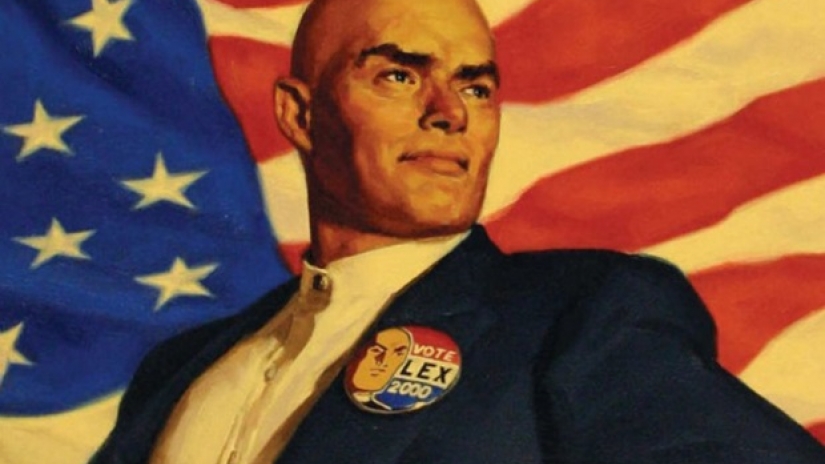 While the concept of a supervillain president has taken on new meaning, DC Comics was exploring the possibility with Luthor’s ascent in the early 2000’s.

The Luthor presidency begins its rapid descent into madness.

Brian Azzarello and Lee Bermejo teamed up for a standalone look inside the min dof Superman’s archenemy, simultaneously crystallizing and psychoanalyzing the longtime villain. 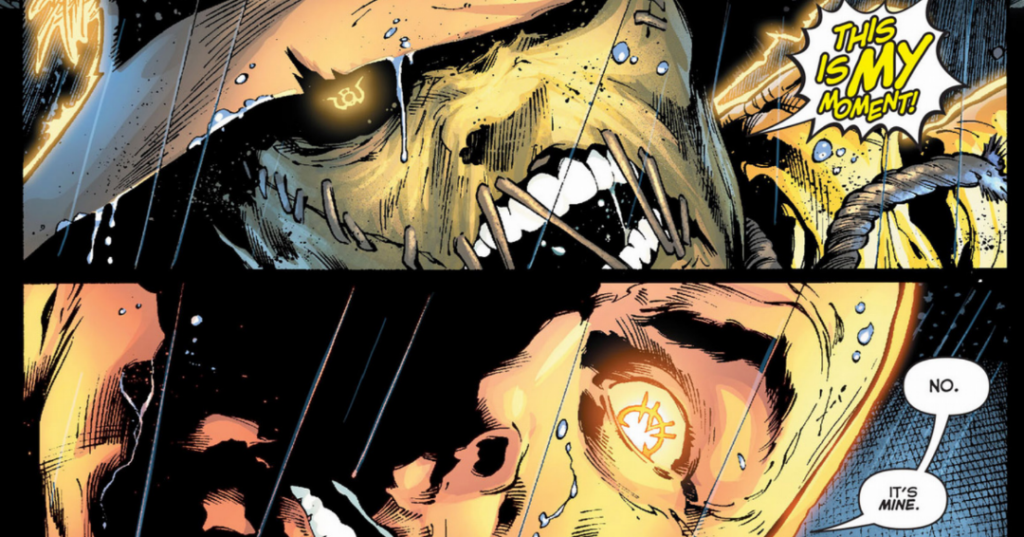 Lex plays a major role in 52’s “world without a trinity,” forming his own seemingly well-intentioned (but obviously nefarious) young supergroup.

Lex Luthor and the Kryptonite Caverns

All ages read, intended for youngsters eager to learn about DC Villains like Luthor!

I recommend checking out Comic Book Herald’s full Blackest Night reading order to get a full sense of how Lex fits into this DC Universe plot. The short version is the widespread spectrum of lantern rings creates a new look and powerset for the archvillain. 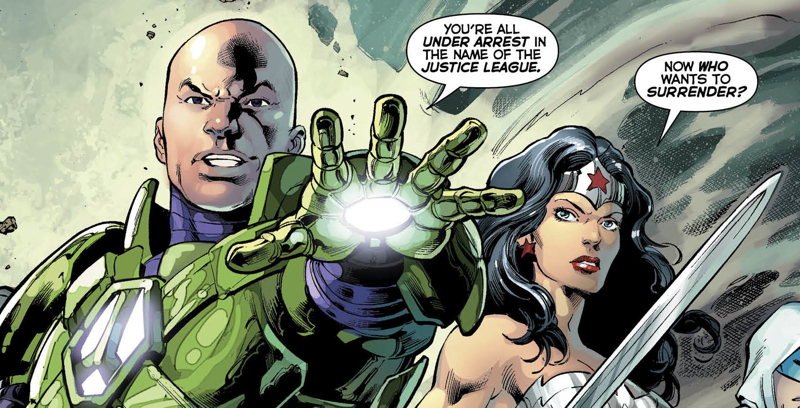 Lex Luthor In The New 52

The events of the Geoffs Johns written Forever Evil establish Lex Luthor’s primary role in the New 52 DC Universe moving forward, and really last until 2018. When the Justice League seemingly disappear, Lex steps up to bring his own Injustice League to Earth’s rescue. 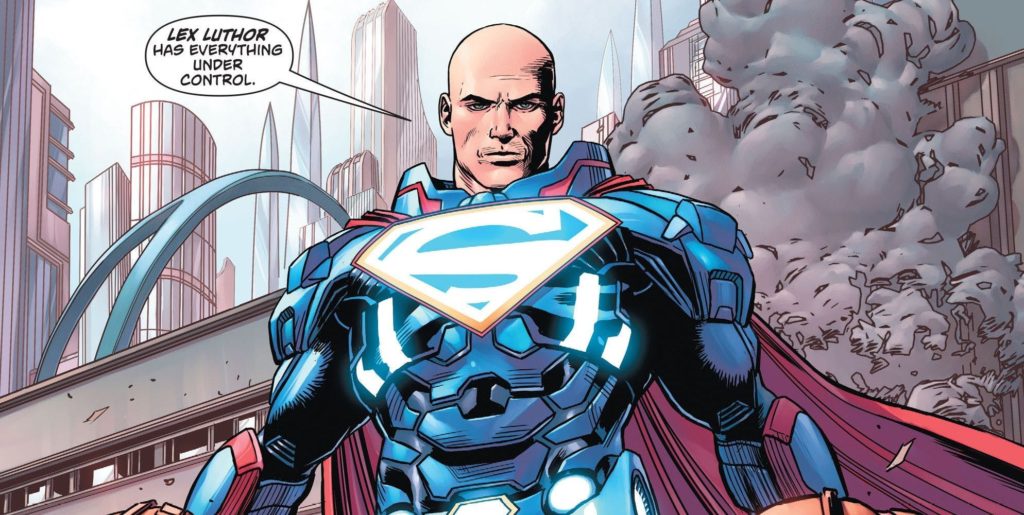 Lex continues his New 52 status into DC Rebirth, operating alongside the return of classic Superman rather than in direct opposition.

Collects: Justice League No Justice #1 To #4

The post DC Metal Justice League template provides the impetus for a return to classic villainy for Lex Luthor.

Did somebody say… Legion of DOOOOMM!!!!