You are here: Home / Featured / Journey Into What If: Marvel’s Next 80 Years!

Hard to believe but Marvel has just turned 80 years old. While that’s certainly a milestone calling for celebration and reflection, it’s also a great opportunity to cast an eye to the future.

Sure, the just-released, oversized Marvel Comics #1000

special does a great job of demonstrating what’s old is new again, underscoring in many ways that time is perhaps more cyclical than it is truly linear. However, for as much as the past often serves as prologue, life is also random, unpredictable and chaotic – throwing chainsaws into the mix you’d never expect to see coming in a million years.

Let’s face it, in just the past few weeks, fandom has gone from living in an unparalleled age courtesy of back-to-back Avengers: Endgame and Spider-Man: Far From Home MCU feels to this sorta nail-biting, herky-jerky rollercoaster regarding Spidey’s split-company on-screen parentage. This doesn’t even begin to cover the general “wtf”-ness surrounding recent corporate brouhahas to remain laughably “apolitical”. I’m not going to derail here but the point being through all this is as much as these are beloved characters held dear in the hearts of millions, they are also, for good or ill, commodities and subject to charts, board rooms, contracts and the capriciousness of capital investment.

Full disclosure: I am a full-on, card-carrying member of Generation X. I’ve lived through comics in the 1990s. Are we poised for an industry meltdown of that caliber again? Eh, always possible. Will it be worse than last time? Given that superheroes are now more popular (and lucrative) than ever- when the bubble next breaks, things are gonna get weird fo’ sho’!

World-weary cynicism aside, let’s move ahead and prognosticate on the assumption that Marvel Comics will exist for yet another 80 years into the future. What twists await the publisher? What new formats? What current-standing alternate reality timelines are they going to actively drive into? Which are going to turn out to be scoffed at by future-people for being so woefully off the mark??

Allow me to be the Watcher-type figure to this CBH What If?– style showcase as we speculate on a path for 21st Century Marvel before I invite you all to get off my lawn… 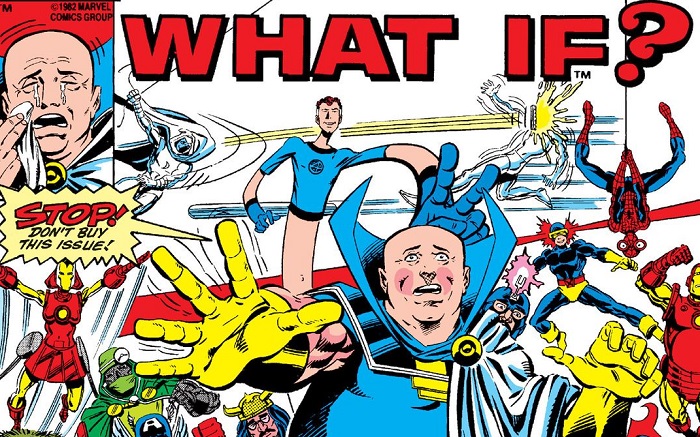 As of this writing, within the next two-ish years, everything that has been officially announced for MCU Phase 4 will have seen release. Marvel Studios is poised to incorporate the Fox-acquisition properties into Phase 5- particularly the X-Men (more specifically, Wolverine). It’s a bold new day and in that spirit, Marvel Comics begins its own housekeeping re-evaluation.

After years of attrition, the ongoing series as de facto means of publication is pretty much a null format. Sure, you’ll still get a Black Panther comic every month, for example, and it may even still have the little Legacy number somewhere on the cover as to not wholly break everyone’s brain but it’s decidedly a more pronounced trade-oriented affair.

Actually, it’s going to be a lot like how Venom stars through a never ending string of mini-series throughout the 90s without ever having a proper monthly title. Now, just picture that as a default means to feature everyone.

While the trades still run in traditional four to six issue twenty-page installments, no creator is tenured to a project for longer than two years since the end of Jason Aaron and Jonathan Hickman’s now-current runs on Avengers and X-Men, respectively.

Similar to the time when Disney decided to downplay Marvel’s Fox-owned characters, the corporation decides to revert focus to those properties it solely owns. As such, the entire Spider-Man character family and all its respective franchises is shockingly (not shockingly) removed from the publishing schedule.

Over the next eighteen months, Sony begins negotiations to wholly purchase all-things-Spidey away from Marvel. By early 2028, Sony SpiderComics is established as a publisher. As an added twist, its chief creative officer is Dan Slott- now serving as some sorta nextgen Stan Lee-type icon. Its comic trades are also made readily available for purchase with marketing and pop-up kiosks directly within movie theaters.

Meanwhile, Disney buys the rights to all Rob Liefeld properties just to give Deadpool his own little sub-universe to run around in forever…

Marvel tries to counter with their own theater-based gimmick: original content glasses available only in the lobby.  It’s not quite VR goggles nor is it exactly the current formula cinematic 3D glasses you get at the multiplex. Imagine something more like a revisit to the classic Viewmaster kids toy- except without the reels. It’s a tough sell and not very well produced. People generally don’t get it, Marvel/Disney loses public clout. Proof that even after twenty years, big money still doesn’t know what to do with the House of Ideas.

Meanwhile, Sony and Warner merge. SpiderComics joins DC. Slott remains CCO of the line, however joining him on the endeavor as lead writer is none other than Brian Michael Bendis.

Not to be outdone, Disney begins to co-mingle its various holdings a little more freely. Among other things, it crosses over the Star Wars and Marvel Universes. (Yes, just like in the Patton Oswalt Parks and Rec skit- but different…)

In an all-new continuity, Luke Skywalker will form the Avengers alongside Kate Bishop, Pizza Dog, She-Hulk, Conan The Barbarian and Arno Stark, the classic alt-u Iron Man of 2020 (and the only Iron Man in use for the better part of a decade). Their first adventure is a multiversal romp through all of Disney’s various properties. Luke can’t help but feel there’s something familiar about Indiana Jones but hoo boy, things do not go well when Conan simply does not get the world of Pixar’s Cars…

Relatedly, Pirates of the Caribbean reboots with The Thing in the role of Captain Jack Sparrow. Although initially underestimated, it turns into a surprise global sensation akin to Guardians of the Galaxy.

Seismic shifts in global resources and economics disrupt multiple industries. Frivolity is excised in the face of basic survival and mass entertainment basically ends, taking Marvel Comics with it.

In the intervening years, artificial intelligence is on the rise. Inspired by archived data, A.I. begins to manufacture its own stories based on old Marvel Comics. In this year, OS: Fantastic = [4] debuts to the logically satisfying delight of all manner of being.

The world is now a darker, grittier place. Artificial intelligence still needs to inform its mythos adaptively to its environment. Enter a new type of Marvel: X=W0//v3r1n3. 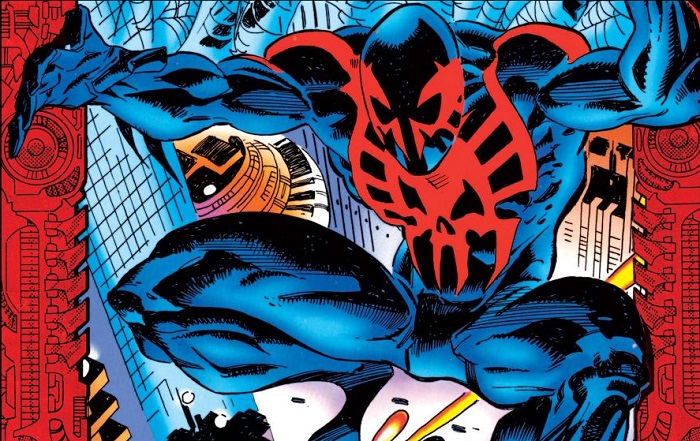 80 years from now, it will actually be the 2099- renowned specifically for an entire line of Marvel Comics from back in the 1990s. As an inside joke with itself, A.I. will simply take the year off and just re-run these old stories. While the remaining human population is confused and distracted by this maneuver, the machines will begin enacting their final takeover…