Immortal X-Men as a book was always something of a tough sell. Having to follow up on potentially the most important X-Men run

of the last few decades, follow up on the last guy’s ending, and chart your own path while keeping what came before; those are all difficult factors to juggle when you’re taking over someone else’s work. It’s even more pressing when you’re a returning X-Men writer. In the case of Kieron Gillen, he had a well-liked run that ended around a decade ago, returning to carry on one of Jonathan Hickman’s personal babies in the mutant Quiet Council. It presents an extremely interesting set of circumstances for Gillen to tackle as a writer. 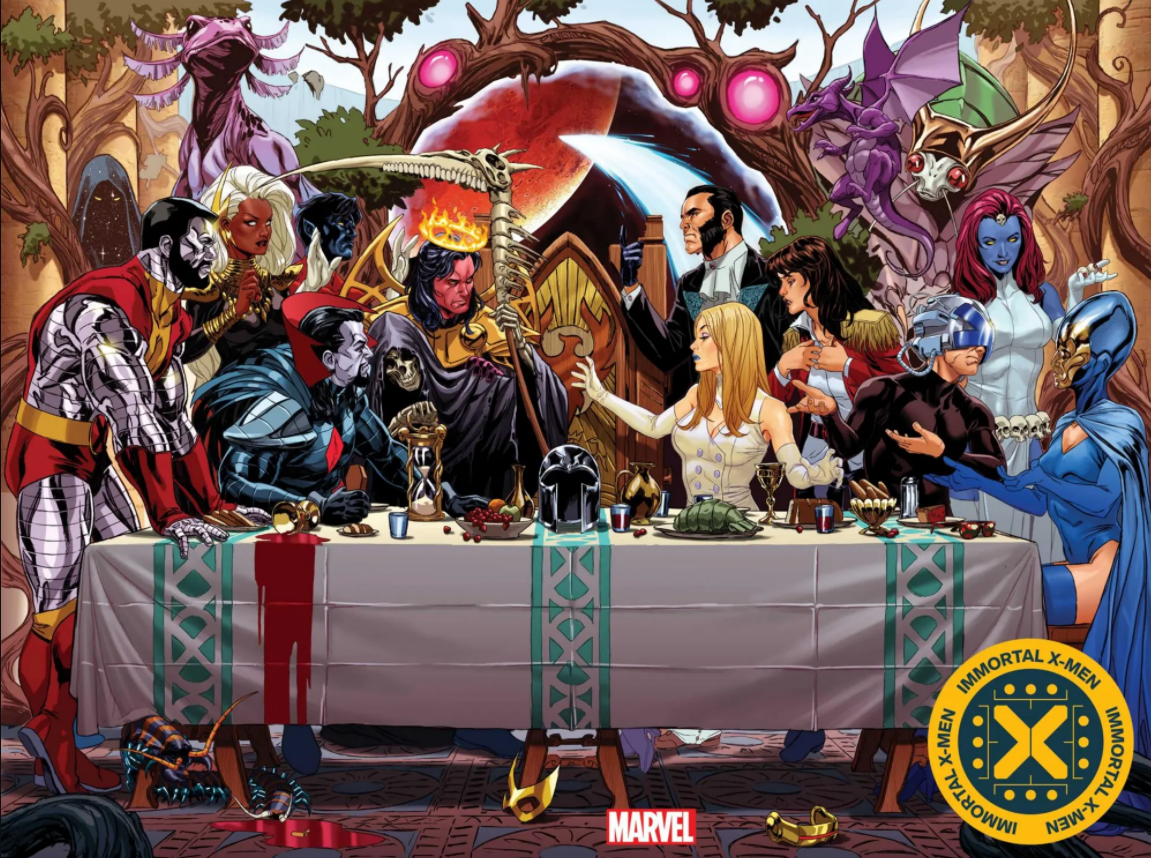 Immortal X-Men is a sequel to Inferno’s

ending with the Quiet Council all at a stalemate after Emma exposes Xavier and Magneto’s secret of keeping Moira X and her ability to reset the timeline hidden from them. Gillen explores this new reality through the lens of the character Gillen is most famous for in Mister Sinister. Functionally Sinister’s use as a point of view character allows Gillen to bridge the gap between his original run on X-Men

. It also allows for Gillen to use Sinister as a tool to explore something that this era has increasingly played up, which is the idea of the larger mutant history on Earth. The comic’s title isn’t for show: there are multiple immortals on the Quiet Council. While there has always been a willingness to join together the histories of basically every character in the X-Men canon; there’s a more organized and defined feeling to what Gillen introduces, especially with how it impacts the relationships in the present power structure. That structure is especially centered around Sinister and Destiny who have a longer history than we have ever known in the very first scene which is an homage (or a parody depending on how you feel) of Powers of X and its famous first scene. 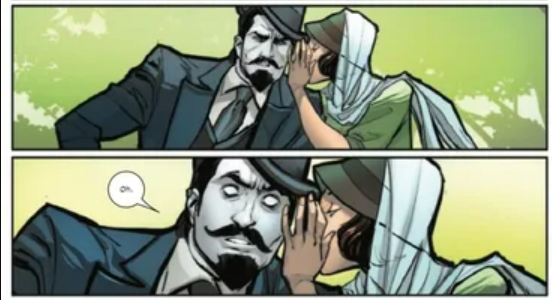 Another factor Gillen explores is power and how it is wielded. The various members of the Quiet Council have their own reasons and agendas for being there, and the power vacuum that opens up after Inferno has so many more people vying for power, for good and ill. For Sinister it’s using people as tools or toys and throwing them away. While Gillen does try his best to bridge his version of Sinister (a determinist) vs Hickman and Wells’ (an empiricist), it still runs into the issue of leaning too comedic for its own good; which is a problem when it brings up Sinister being a racist only to immediately undercut it. That’s not exactly a great thing with a character whose history as a Darwinian racist is at the core of his character along with a history of being a Nazi. Otherwise though, Gillen does a great job bringing his own take to one of Hickman’s major contributions to the current era of X-Men; and brings his flair from his recent Eternals

run in marrying the drama of immortal beings and their political machinations in a superhero prism.

Of course none of this would work without the art. In a line that’s been defined by Pepe Larraz and R.B. Silva’s dreamlike vision of a world where technology and planets intertwine into a utopian future, any artist is gonna have to work to compete with that. After an earlier showing in Trial of Magneto

, Lucas Werneck brings his A-game to Immortal X-Men. The issue demands a lot, which on its face would feel false given how much of the issue involves a lot of characters sitting around a table and talking. But Werneck is easily one of the better character actors in the X-Men line and brings a wide range of looks, emotions, and reactions to the table on top of the superhero action. It’s hard to feel invested in a book that wants you to be invested in the characters if the acting isn’t up to par after all. (That’s especially true with Mr. Sinister.)  David Curiel’s coloring in turn does a lot to add to that with a wide variety of effects and lush colors that keep up the standard set by Marte Gracia in HoX/PoX. Also in case it wasn’t already obvious that Clayton Cowles is one of the best letterers in the Big 2, it should be pointed out again. There’s a lot of interplay between the art and the dialogue, both because there are a ton of scenes with the Quiet Council that follow an action/reaction setup, or a chain of various reactions. There’s also a ton of narration and dialogue. Cowles keeps all of that organized so that the word balloons/captions don’t get in the way of the art, and in turn the dialogue can accomplish its job.

All told, Immortal X-Men has a hell of a first issue. Plenty of bang for your buck which in this market is saying something. Gillen brings plenty of ambition to the table for his sophomore run on X-Men picking up where Hickman left off, and with an equally ambitious group of co-creators in Werneck, Curiel, and Cowles. I’m excited to see where it goes forward from here personally, even more than I was before having read it.