Harley Quinn has become one of the most popular characters in the DC Universe, rivaling the likes of fellow 90’s creation Deadpool in terms of rapid rise in profile.

Harleen Quinzel, aka Harley Quinn, is one of the most fascinating Batman Universe characters, the rare Batman villain that actually originated from outside of comic books (on the excellent Batman: The Animated Series).

Her creators, Paul Dini and Bruce Timm, brought her from TV to the DC Comics Universe, and Harley has been a mainstay ever since. From her tumultuous, troubling relationship with the Joker through her more recent ties to Suicide Squad, Harley Quinn is a top tier DC villain / antihero through and through. 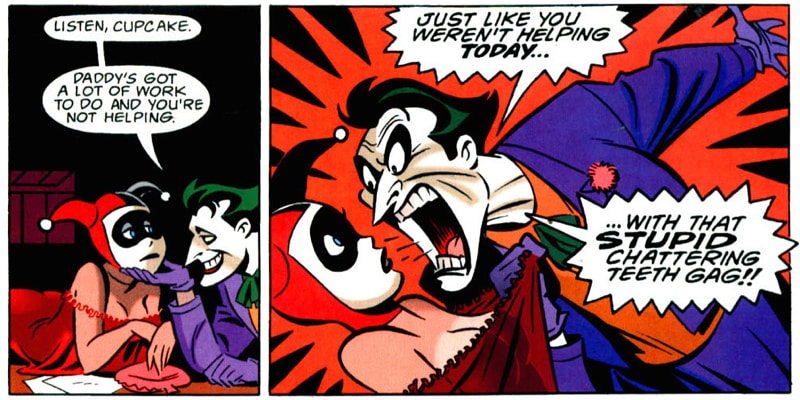 Batman: Mad Love and Other Stories

The comic book adaptation of Harley Quinn’s most famous Batman: The Animated Series story, detailing the origins of Harleen Quinzel and the Joker. Paul Dini and Bruce Timm detail how someone like Dr. Quinzel could fall for a man like the Joker, and what that means for the future of Harley Quinn. Includes prominent cameos from Poison Ivy as well.

Harley and Ivy: The Deluxe Edition

All of the team-ups between Harley and Ivy by Batman: The Animated Series creative geniuses Paul Dini and Bruce Timm. Only features a very minor amount of overlap with the next collection on the list, with Gotham Knights #14 and Batman: Black and White #3 showing up in both collections.

This Harley Quinn is a bit of a mash-up of some of Harley’s greatest hits (not to be confused with the trade paperback, Harley’s Greatest Hits

). The reading order can vary a bit here, from as early as Harley in the 90’s all the way through her appearances in the New 52. For the placement in the list of Harley comics here, I’d note that the Batman: Harley Quinn one-shot occurs in the wake of Batman: No Man’s Land

, and precedes Harley’s early 2000’s solo series. The early 2000’s Batman: Gotham Knights issues include back-up black-and-white Harley stories from creator Paul Dini, and can be read prior to her ongoing solo series. 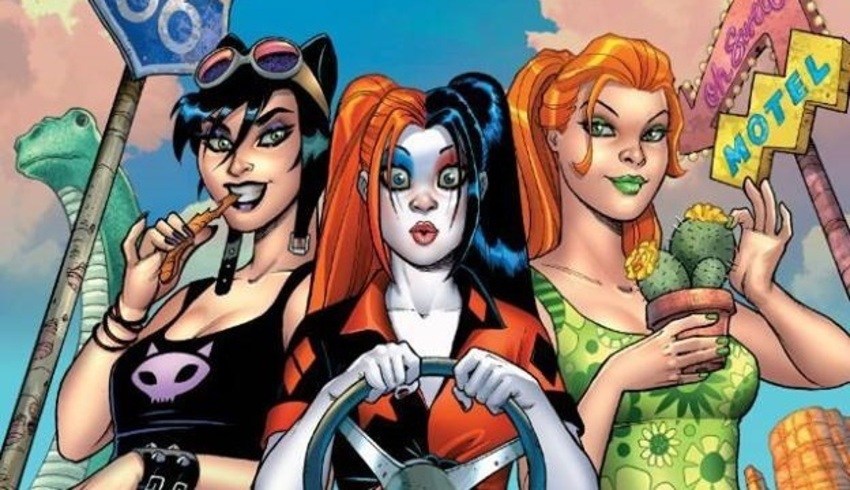 Quite unexpectedly crosses over with the DC Universe linewide event, Our Worlds at War. You really don’t need to read the entire event to enjoy the Harley crossover, and in fact, if you’re willing to roll with “Harley deals with Aliens,” you’re probably in the best shape possible to read. 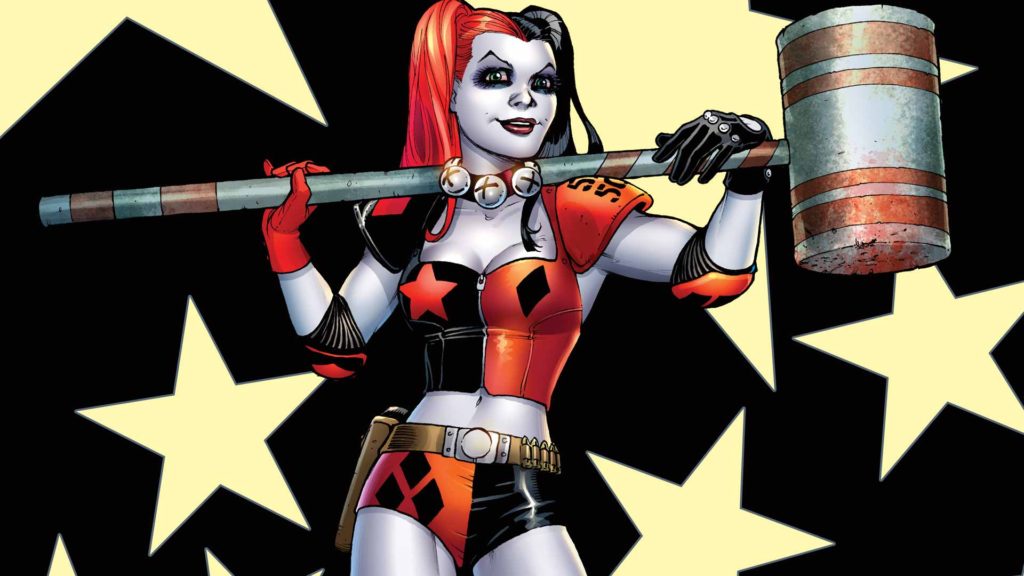 Harley Quinn with Suicide Squad in the New 52

If you want to see how Harley and Suicide Squad fit in with the DC Universe as a whole, you can check out Comic Book Herald’s complete DC New 52 reading order.

” tie-ins, part of the Batman by Scott Snyder and Greg Capullo run in the New 52.

Note that all issues of “Walled In” include the Forever Evil

DC event banner on the cover. Note that they are also written by Matt Kindt, the brain behind my 6th favorite comic of all time, Mind MGMT. All of this collection can be read after Forever Evil #2, with the exception of Suicide Squad #30, which falls after Forever Evil #7. 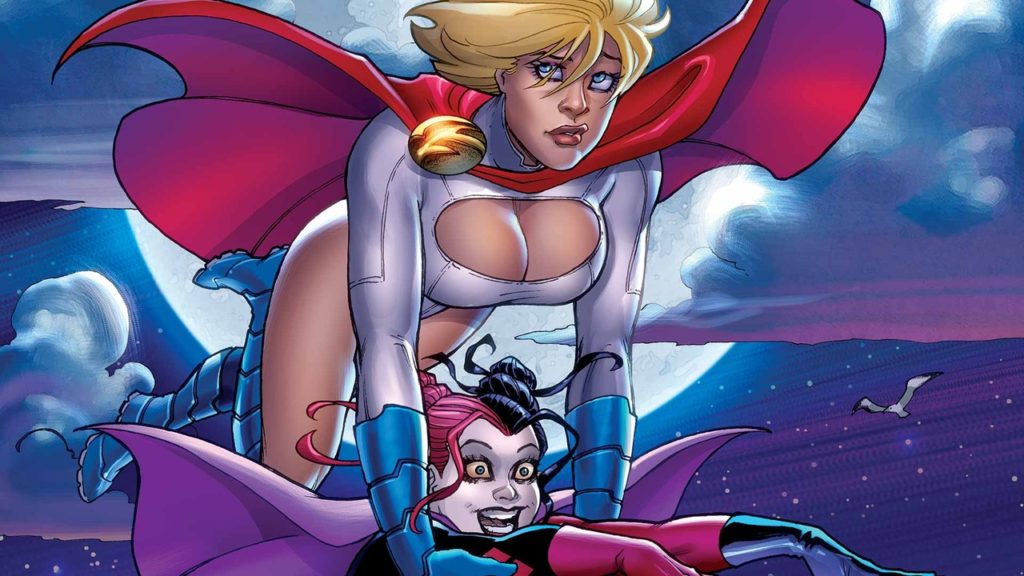 Even for someone as obsessed with reading orders and chronology, I rarely get this specific, but the Harley Quinn and Power Girl miniseries is kind enough to tell us that it takes place in between the gutters of panels 3 and 4 of page 20 of Harley Quinn #12.

Collects: Harley Quinn And Her Gang Of Harleys #1 To #6

Harley Quinn Vol. 6: Black, White and Red All Over 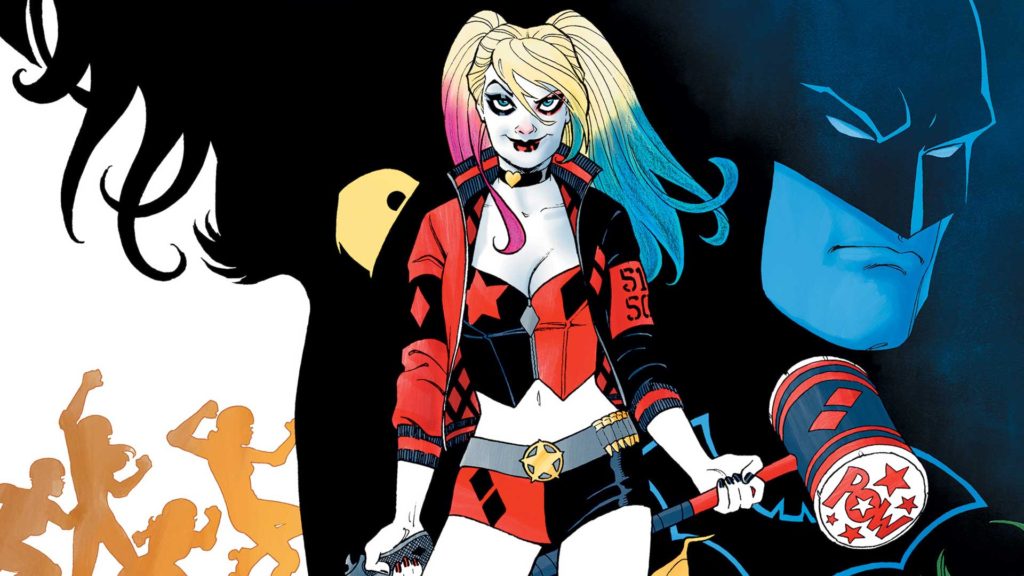 Bombshells is an excellent, out of continuity series set during the World War II era, starring all of DC’s female heroes and characters in new and exciting roles. 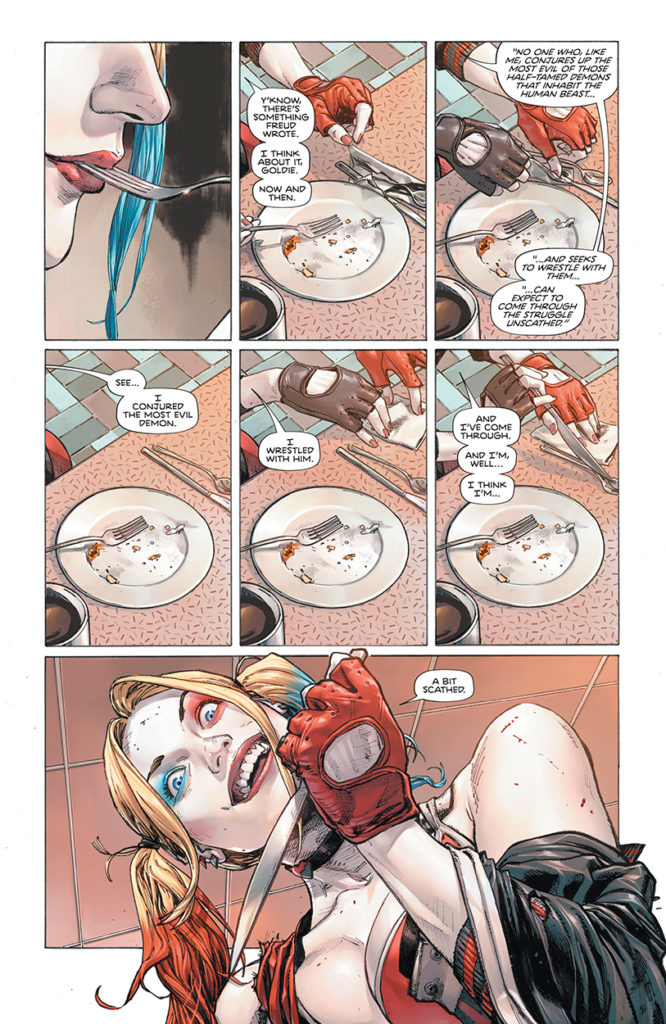 Harley in DC Metal Through Heroes in Crisis

Harley and Killer Croc play a small but notable role in the “Gotham Resistance” half of this collection, helping members of the extended Bat Family work through a warped Gotham City.

Gotham City’s most notorious twosome cross paths with some of Riverdale’s most famous names in this out of continuinity tale.

Harley Quinn gets a new Vol. 1 as writer Sam Humphries comes onboard to take over penning her adventures!

Collects: Backups From #17-25 Of The Harley Quinn Series And Harley Loves Joker #1-2

Writers Paul Dini and Jimmy Palmiotti return to tell an early story from Harley’s tenure as the Joker’s long-suffering belle.

Spinning out of the events of Heroes in Crisis, Harley and Ivy team up once again to explore the new status quo. Collection available on 5/19/2020.