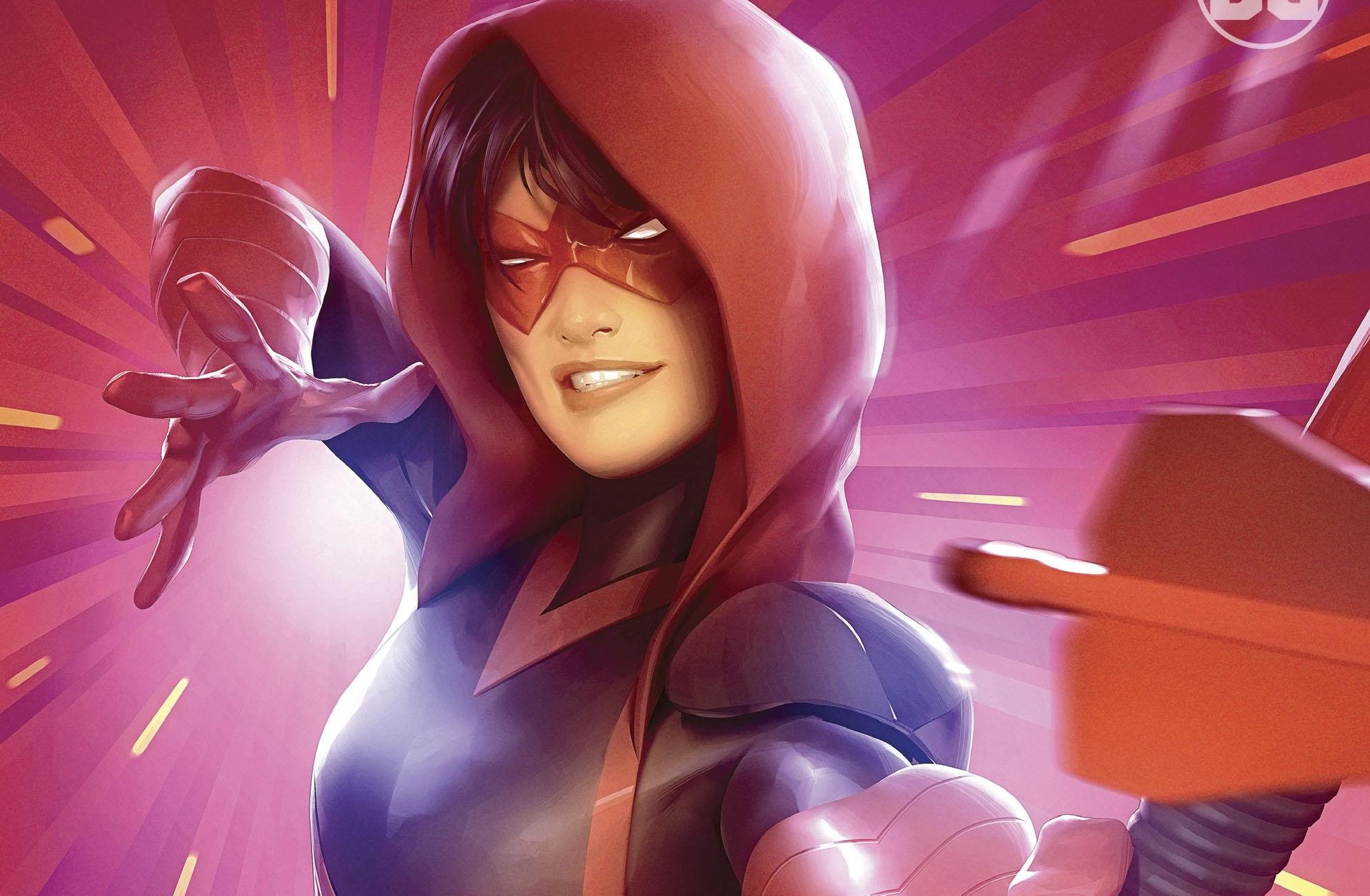 Emiko found out more about herself and became a hero, assuming the mantle of Red Arrow. She saved Star City alongside Green Arrow, Black Canary, and Arsenal. After that, she leaves them and joins the Teen Titans as Robin’s right hand. You can currently catch her in Teen Titans Academy and in the “Dark Crisis” event. 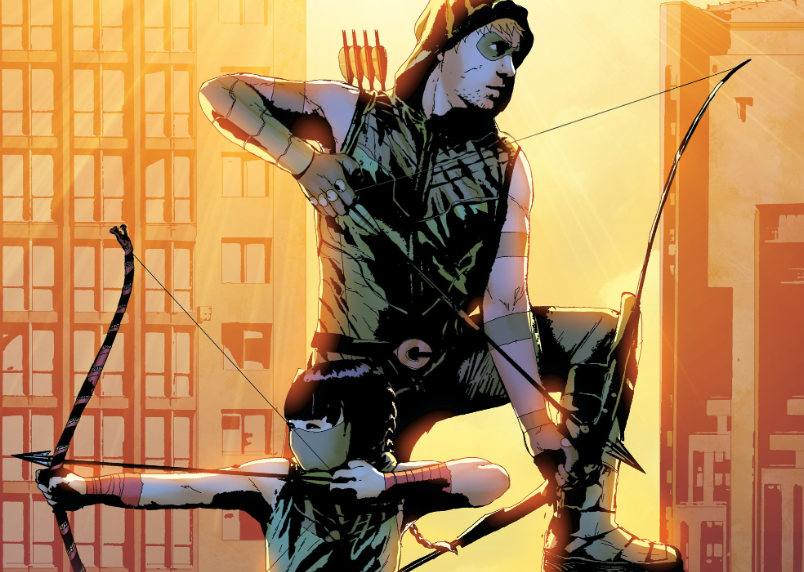 Emiko is Komodo’s daughter, an enemy of Green Arrow. Since she was little, Emiko grew used to seeing killing and torture because of her father, making her personality a bit twisted.

Green Arrow manages to defeat Komodo in a fight, but Emiko interrupts and amazes him with her skills, even being able to break his bow and shoot him.

Oliver meets Shado and re-encounters his father, that was supposedly dead. With them and the newfound knowledge that Emiko is her half-sister, Oliver comes back and faces off against Komodo and the Outsiders.

Komodo told Emiko when she was a child that her mom, Shado, had died, but, during the Outsiders’ meeting, he says Shado is alive. Emiko starts distrusting him, so she cannot kill Oliver when he says she’s his little sister.

After Komodo is defeated, Emiko leaves with Shado. However, she runs and comes back to Oliver, because he is the only one that never lied to her and because she wants to become his apprentice. It’s fun to see the start of their partnership and how Emiko kind of messes things up at the start; she’s skilled, but she’s also a bit violent and too confident in herself.

Before anything else, I need you to understand something: Green Arrow is one of the best comics from the Rebirth Era. It made me a hundred times more interested in him and Black Canary. Emiko is great in it, but she’s just one of the incredible things about it; I highly recommend that you try reading the whole thing.

Emiko is much more comfortable around Ollie now, they really feel like brother and sister. Her interactions with Dinah are also good, and they only get better.

But, even though everything seems to be great, Emiko suddenly betrays Ollie and attempts to kill him with her mother. They are working for the 9th Circle, an evil organization that funds villains.

Chapters #6 and #7 are completely focused on Emiko and her actions, giving her a lot more depth. They are incredible and really important in defining who she is and who she wants to be.

Emiko talks heart to heart with Ollie and tells him she wants to start being called Red Arrow, something he refuses to do because of his past with Roy Harper.

If you wanted her to team up more with the Arrow Family, you’ll love this and the next volume. She helps Arsenal and Black Canary fight the four Horsemen.

Black Canary asks Red Arrow’s help to deal with the underground men. While doing that, they find out Wendy Poole, the girl who apparently had died at the start of the first volume, is alive.

Damian invites Emi to be the newest member of his Teen Titans, but she refuses the offer. After they defeat Onomatopoeia together, she says they are a good team, however, she still won’t join them.

Emiko finally starts using the red costume! She is charged with keeping guard and protecting Wendy until she gets better.

It makes sense that after this volume, Emiko joins the Teen Titans. She has been a hero for a while now, but we start seeing Black Canary and Green Arrow accepting her as the Red Arrow. 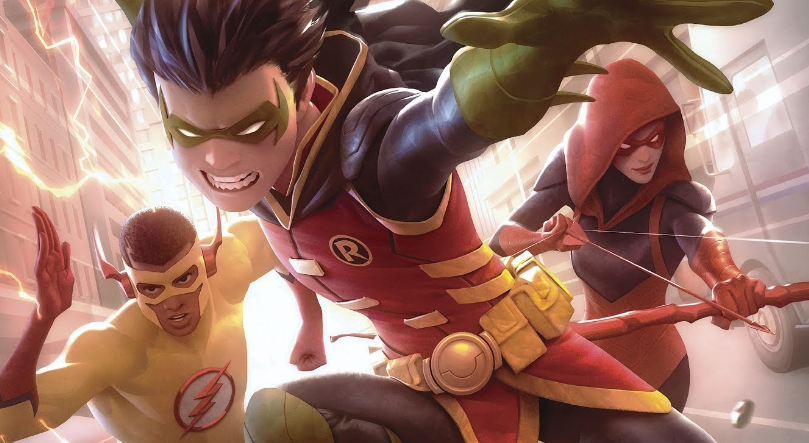 She attends Roy Harper’s funeral, who died after the events of Heroes in Crisis #1.

Teen Titans Vol. 2: Turn It Up

Part of the “Endless Winter” event. Emiko and the Teen Titans work together with Donna Troy and Beast Boy.

Collection of short stories featuring Asian characters, like Emiko Queen, Lady Shiva, and Cassandra Cain. Emi’s story is nice and worth checking out, but I mainly recommend the ones about Cassandra and Cheshire Cat.

Since Crush quit the Titans and went off-grid for a while, Emiko checks on her to see what’s happening. I would love to see more of their friendship in a sequel or in another book.

Green Arrow and Black Canary died in a battle that killed many other members of the Justice League, like Batman, Superman, and Wonder Woman.