Dark Horse is one of the most consistent comic book publishers, right up there with Image and Vertigo Comics, with a unique blend of licensed properties (Alien, Predator, Star Wars, Buffy the Vampire Slayer) and creator-owned masterworks (Hellboy, Concrete, Mind Mgmt, Black Hammer).

Below you’ll find a complete list of the best Dark Horse Comics so you can fully enjoy what the publisher has to offer. The various offerings are broken into sections, which you can enjoy and explore one piece at a time without worrying about crossover or reading order lists between sections.

Before you dive in, I’ll note that Mind MGMT, Usagi Yojimbo, Grendel, and Fear Agent all crack the top 50 of my favorite comics of all time. Additionally, Comic Book Herald fans may note that many of the Dark Horse Star Wars titles are now available via Marvel’s digital library service, Marvel Unlimited, due to the licensing rights changing when Disney purchased LucasArts. 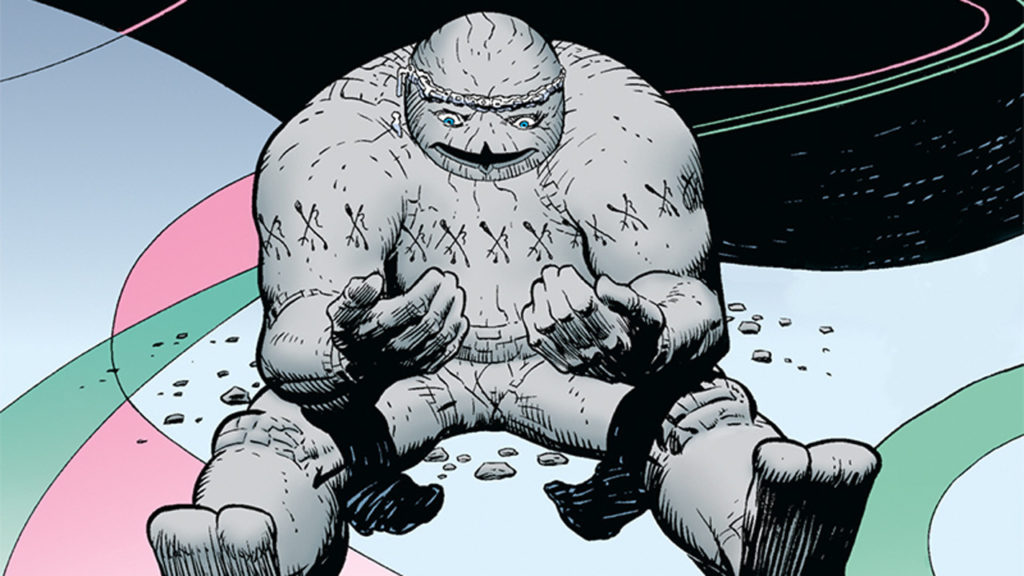 This doesn’t do it justice, but imagine if Marvel’s Benjamin J. Grimm, the ever-lovin blue-eyed Thing, was freed from the tropes of superheroism and instead found himself exploring the depths of humanity in the late 80’s indie comics movement. That’s the foundation from which Paul Chadwick’s incredible Concrete builds, and rarely ceases to amaze.

Collects all of the concrete short stories that have appeared in Dark Horse Presents since that title’s first issue.

The publication history of Bacchus is confusing as Greek mythology, but for all intents and purposes Dark Horse published much of Eddie Campbell’s excellent Bacchus, so I’m happy to include it on a best Dark Horse comics list (the license later moves to Top Shelf for what it’s worth).

with Alan Moore, but Bacchus allows Campbell to fully develop a universe and mythology full of pathos and black humor. 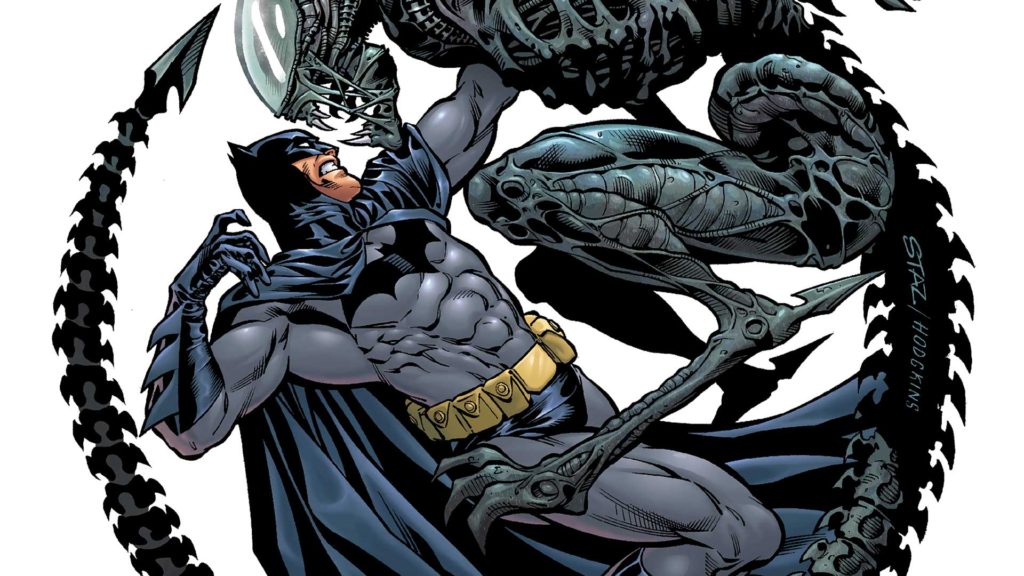 Published two years after James Cameron’s Aliens in 1986, presented at the time as a comic book sequel to the blockbuster film.

Written by Dave Gibbons with art by Mike Mignola!

Prometheus: The Complete Fire and Stone

See also: Successful was, Aliens. Of particular note here is the fact that Predator has fought Batman in three separate out of continuity brouhahah’s, and in 2015 took on Archie and Riverdale in what can only be considered an all out glorious massacre.

Batman Versus Predator: The Collected Edition

The Bats v. Predator showdowns occur outside the continuity of either series, which is naturally for the best. The opening salvo is from Dave Gibbons and Andy Kubert. 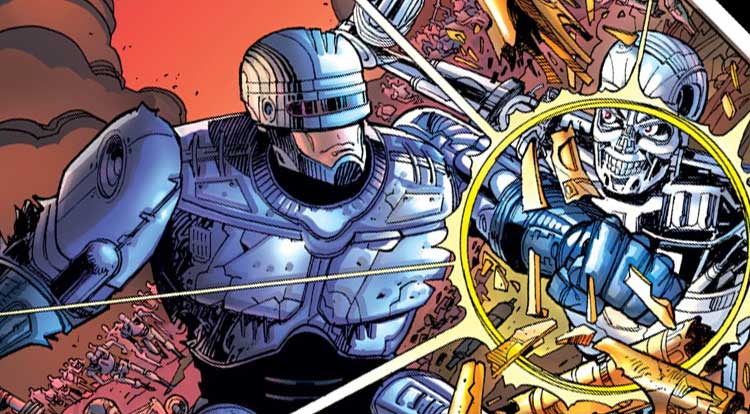 This section of Dark Horse history contains one of the most fascinating creative team-ups in comic book history, with Frank Miller (Batman: The Dark Knight Returns, Daredevil: Born Again) and Walt Simonson (The greatest Thor run in history) teaming up to pit Robocops v. Terminators.

Robocop Vs. The Terminator

By Frank Miller and Walt Simonson!!! 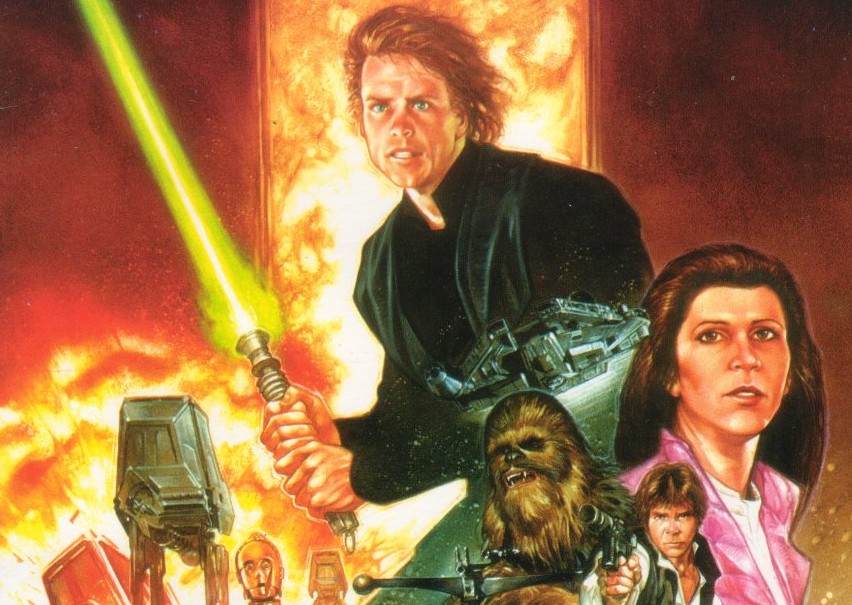 While there’s been much ado since 2015 about Star Wars’ move to Marvel Comics, from 1991 to 2014 Dark Horse owned the Star Wars comics Universe, and they owned it well.

You can check out the full Star Wars comic book reading order for more, but it all begins with the excellent early 90’s comics from Dark Horse below! 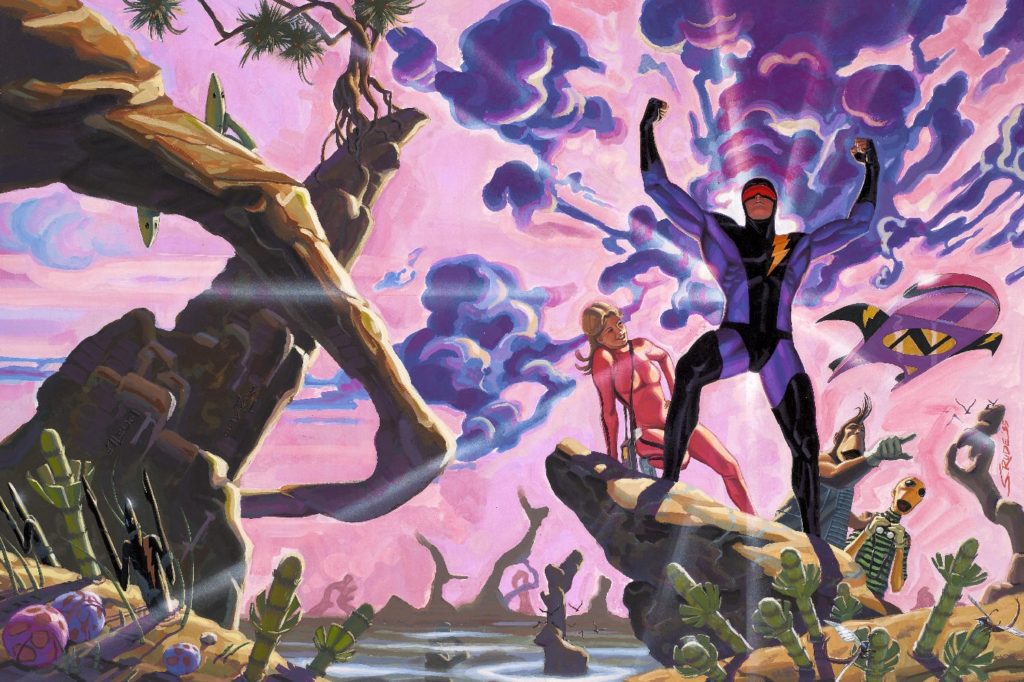 While this wasn’t published by Dark Horse for most of its 80’s run, Dark Horse has subsequently picked up the license and rights to the collected editions: 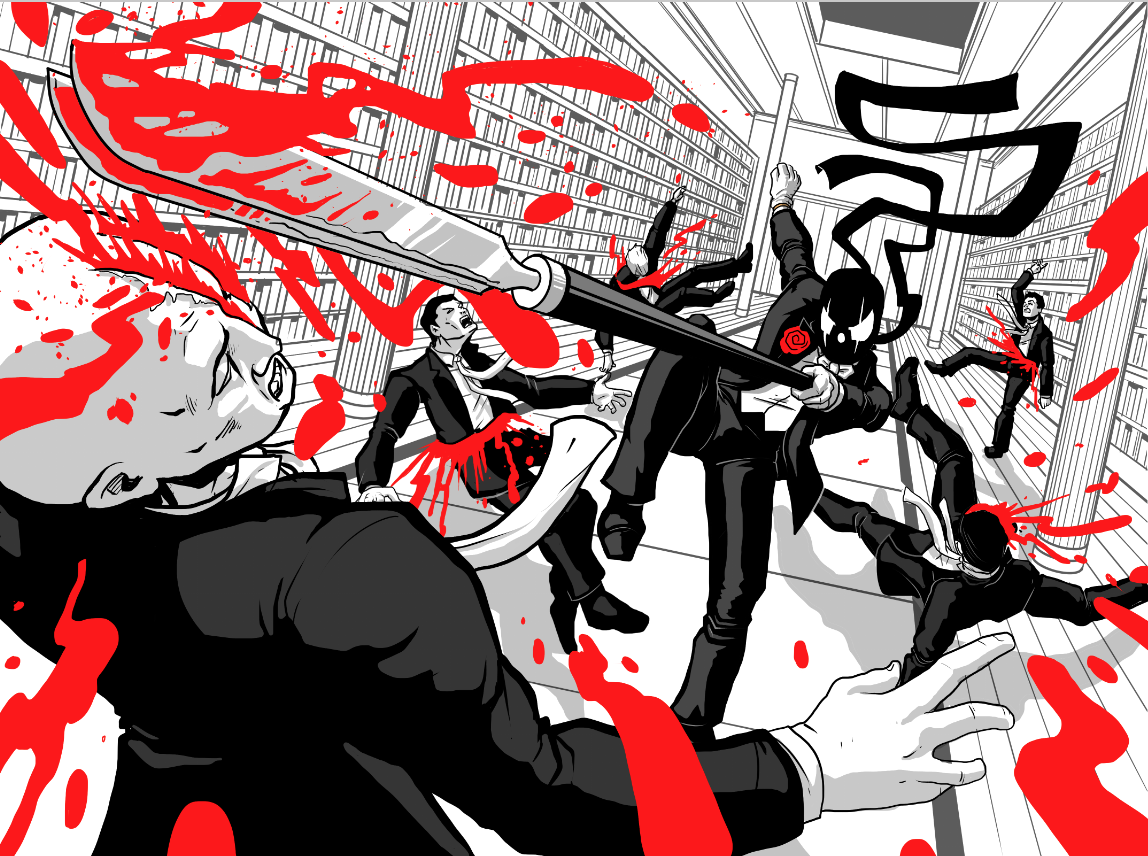 I couldn’t believe how much I enjoyed the first Omnibus edition of Matt Wagner’s Grendel. I was largely underwhelmed with Wagner’s popular Mage: The Hero Discovered

, but Grendel is a stunning comics achievement. 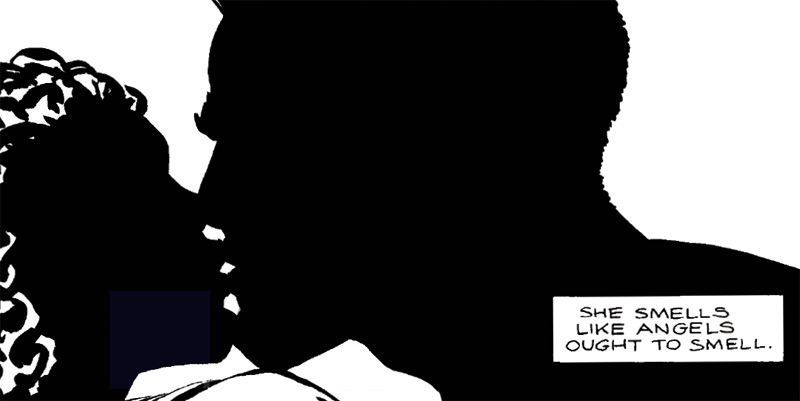 For my money it’s not my favorite Frank Miller comic (that title goes to either The Dark Knight Returns or Daredevil #168 to #191), but Sin City delivers exactly what it promises, with good, violent crime noir. If you came from the movie, you won’t be disappointed.

Frank Miller’s Sin City Volume 2: A Dame to Kill For 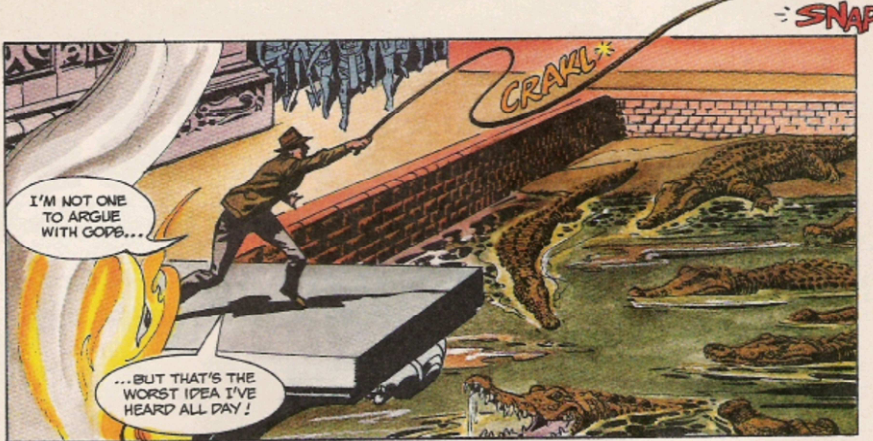 Another example of a Dark Horse license that could have simply floated on by but instead offers fascinating creative talent like Walt Simonson, John Byrne, and Denny O’Neil. 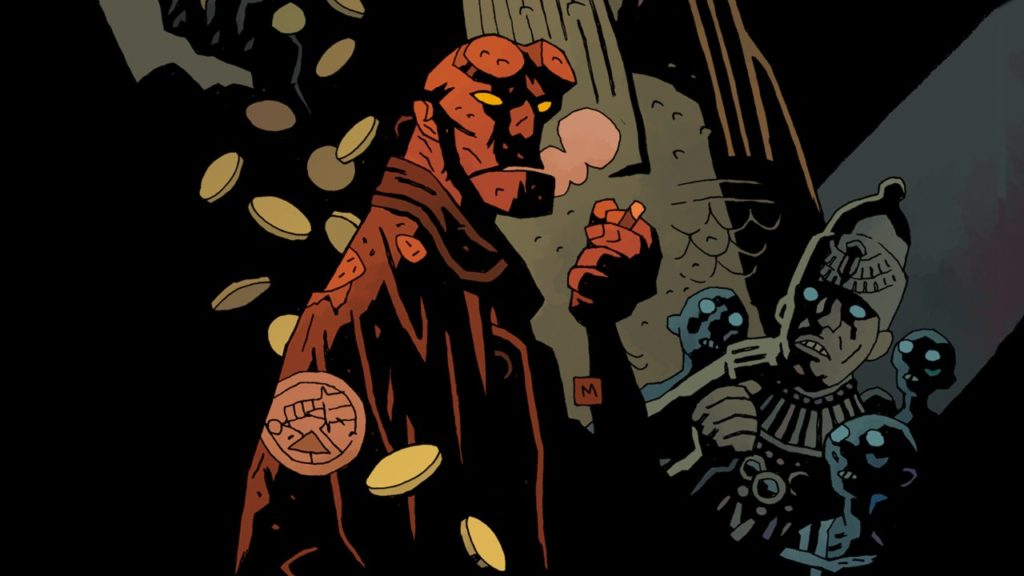 I’ve compiled a complete Hellboy reading order all the way through to present day, but you can get started with these initial Hellboy reads below!

Hellboy Library Edition, Volume 2: The Chained Coffin, The Right Hand of Doom, and Others

Hellboy: The Chained Coffin and Others

Hellboy: The Right Hand of Doom 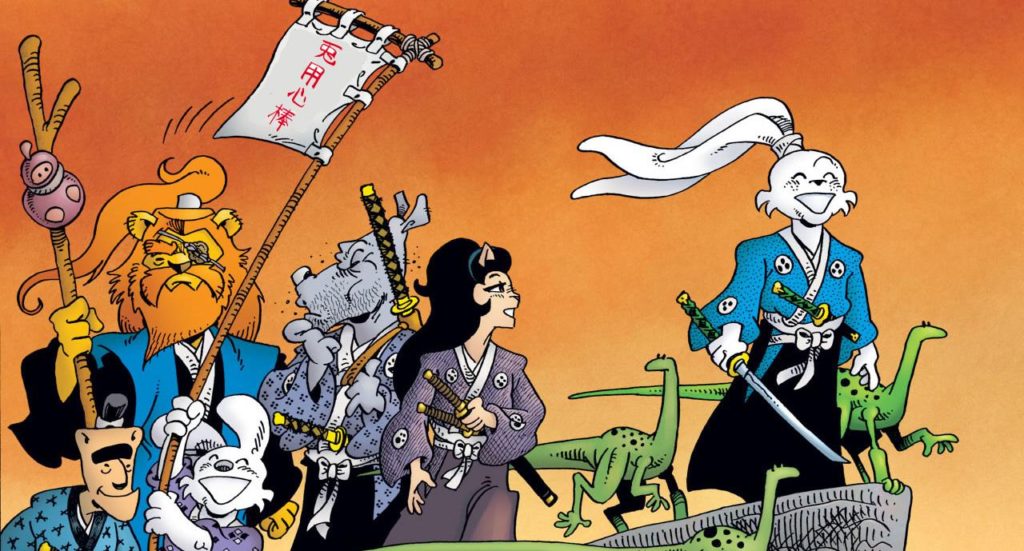 If I could only recommend one comic book to a non-descript reader of any potential age, and my life depended on their enjoyment, I’d pick Usagi Yojimbo. Stan Sakai’s wandering Ronin Rabbit is an endless world of story, morality tale, and timeless action. 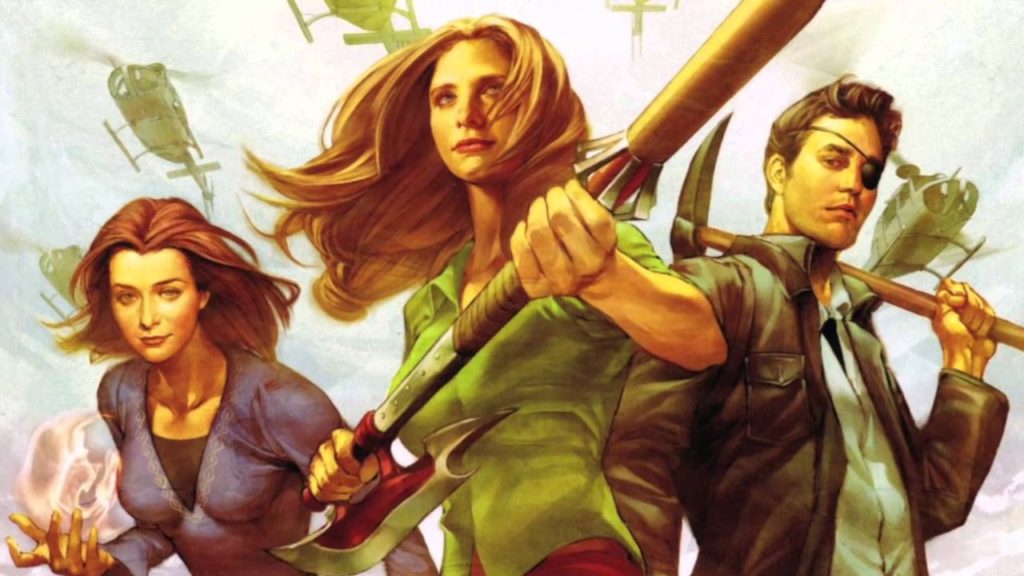 One of the more interesting properties from Dark Horse, simply because it continues the legacy and story of the Buffy the Vampire Slayer universe, transitioning from television to comics.

You can view the full Buffy comics reading order, or check out the first post-TV season from Dark Horse below. 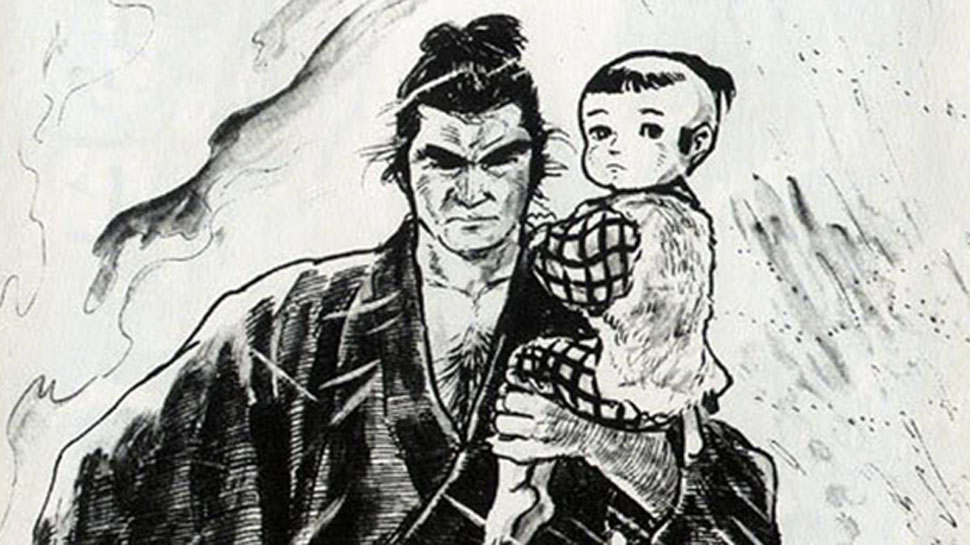 By Kazuo Koike and Goseki Kojima from Dark Horse Manga.

The saga then continues in…

The Goon by Eric Powell 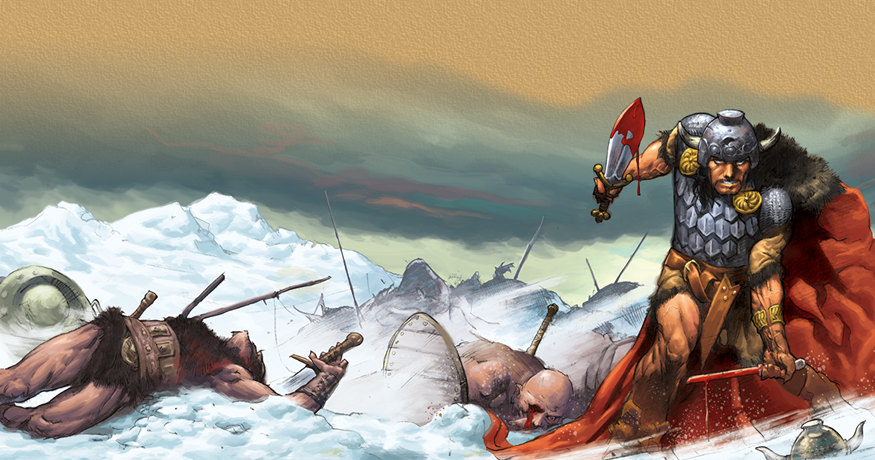 I’ve never been particularly up to speed with the long and storied Conan the Barbarian history, but like he did with the Avengers in the late 90’s, Kurt Busiek makes Conan accessible and instantly intriguing for a new generation of comics readers.

Conan Volume 1: The Frost Giant’s Daughter and Other Stories

Conan Vol. 2: The God in the Bowl and Other Stories

Conan Vol. 3: The Tower of the Elephant and Other Stories

The Hall of the Dead and Other Stories (Conan, Vol. 4)

Conan Volume 5: Rogues In the House

Conan Volume 20: A Witch Shall be Born

Because, let’s face it, one season of Firefly was simply not enough.

Serenity, Vol. 1: Those Left Behind

Serenity: Leaves on the Wind

One of my all-time favorite comics, and a comic that frequently ranks near the top of my “Books I want to read any time I think about them” rankings. Fear Agent may not be my favorite Rick Remender comic (I can’t say enough about Uncanny X-Force), but it’s certainly in the conversation.

And here I thought The Black Parade was the pinnacle of creative joy I’d get from Gerard Way.

The True Lives of the Fabulous Killjoys 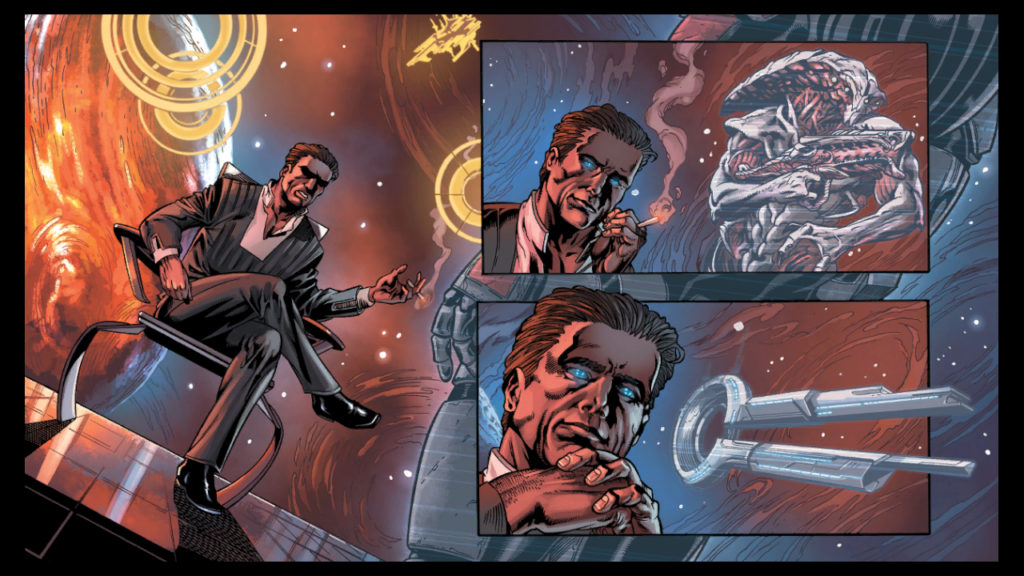 One of my favorite video game series, with Dark Horse doing their best to expand the universe and add even more depth to one of the fullest stories in sci fi gaming that I’ve seen. 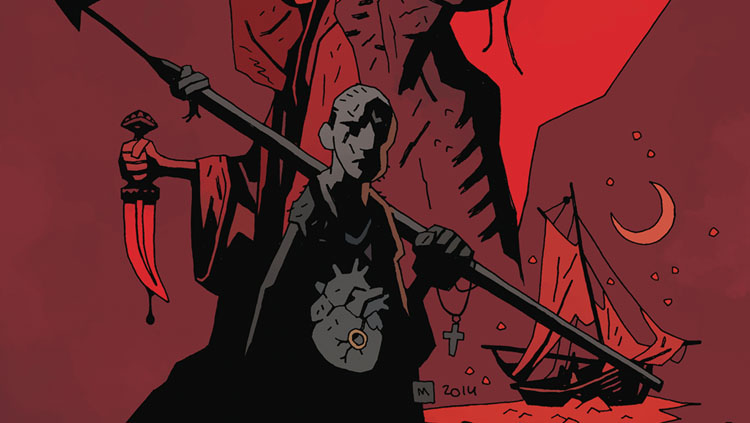 As a general rule of thumb, if Mike Mignola launches a new comic book series, give it a read, it’s almost certainly really great.

Baltimore Volume 3: A Passing Stranger and Other Stories

Baltimore Volume 5: The Apostle and the Witch or Harju

Baltimore Volume 6: The Cult of the Red King 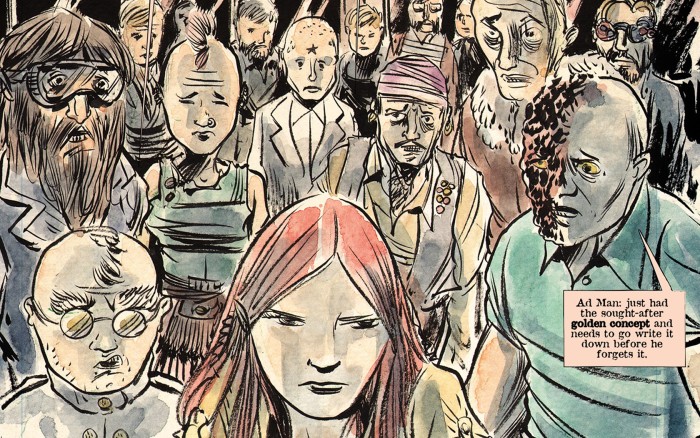 At the time of publication, I have MIND MGMT ranked as my 6th favorite comic of all time. That’s how much I love it.

Post-apocalyptic dystopia in a different style from Brian Wood. 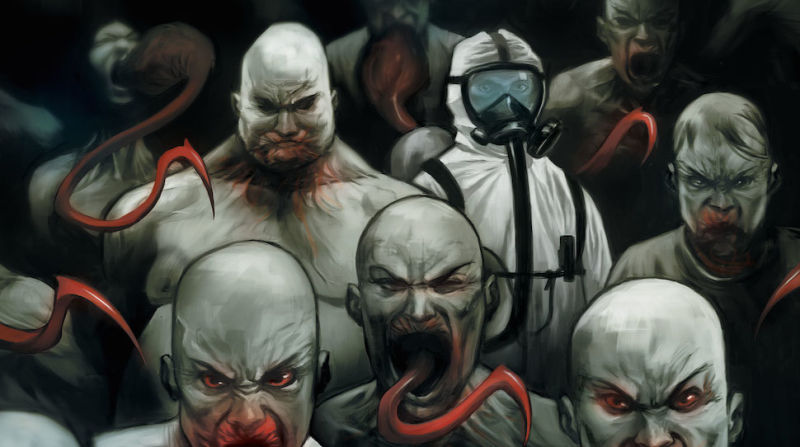 The Strain by Guillermo Del Toro and David Lapham

The comic book version of The Strain, predating the FX series from Guillermo del Toro.

The Strain Volume 3 The Fall

The Strain Volume 4: The Fall

The Strain Volume 5 The Night Eternal

The Strain Volume 6: The Night Eternal 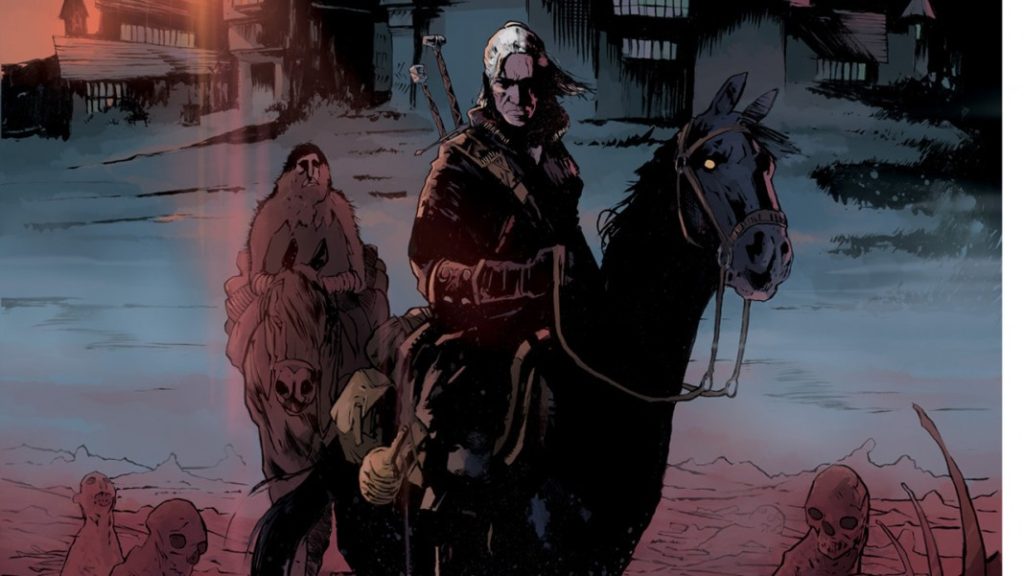 My all-time favorite video game of the 2010’s, expanded into a comic book universe from writer Paul Tobin!

The Witcher Volume 3: Curse of Crows

Get started with the first volume of this amazing series created by Jeff Lemire and Dean Ormston above, or check out Comic Book Herald’s complete Black Hammer universe guide!

Best of the Rest

Late 80’s fan favorite from Bob Burden that is sadly overpriced due to low circulation of collections.

Graphic novel 2112 from the legend, as well as the launch of his Next Men series. No, I can’t imagine where he got that name either.

Blade of the Immortal Omnibus Volume 1

Blade of the Immortal Omnibus Volume 2

Solomon Kane Volume 1: The Castle of the Devil

Adaptation of Robert E. Howard’s “The Castle of the Devil.”

One of the more underrated series on this list from Tim Seely and Jim Terry.

Black comedy taking the homebody wife stereotype and turning it on its head with a second life as a cold-blooded assassin.