Mutants are taking part in a quest for the protection of the whole Earth. Each of the 22 chapters on their journey corresponds with a Major Arcana card from Tarot. This time let’s see how Cable #5

and The Chariot are related. 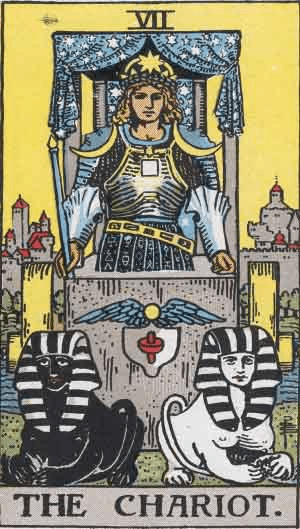 As a vehicle, the chariot represents advancement. If the choice made by The Lovers was right, then you came on the other side victorious and now you can move forward. If not, then you’re stuck. The Peak is just that, a space station, and if that wasn’t enough, now is deactivated but it used to be the S.W.O.R.D. (Sentient World Observation and Response Department) base of operations.

In Cable #5, we find out that the agents on the station suffered an interdimensional invasion at the hands of the mysterious Vescora. The Chariot is often seen as a card of conquest and this is not the first invasion we’ve seen since the crossover started. Otherworld, more specifically the Starlight Citadel, serves as the nexus between all the realities, so Saturnyne must be interested in defending herself from this invasion. Maybe that’s why she wanted the mutants to repower the station and do something about it. It also makes me think about how Krakoa is expanding throughout space and even Otherworld in order to secure the survival of mutants.

The chariot served as a method of transportation; it was also used for racing sports and even war. The card signifies victory in a major conflict so I guess at least Kid Cable will be victorious in the tournament against Arakko. The character on the card is both a warrior and a protector, and he often triumphs over opposition. Cable has been a survivor ever since he was a little baby. He has lived through multiple timelines of war and conflict and survived through it all.

The stars above the figure driving the chariot mark him as a child of the stars. Nathan was the chosen one, prophesied to be the one responsible for bringing Apocalypse’s reign down on the future where he was raised. His destiny was preordained even before he was born, since Sinister wanted to make a genetically superior mutant, a product of the union between Jean and Cyclops. 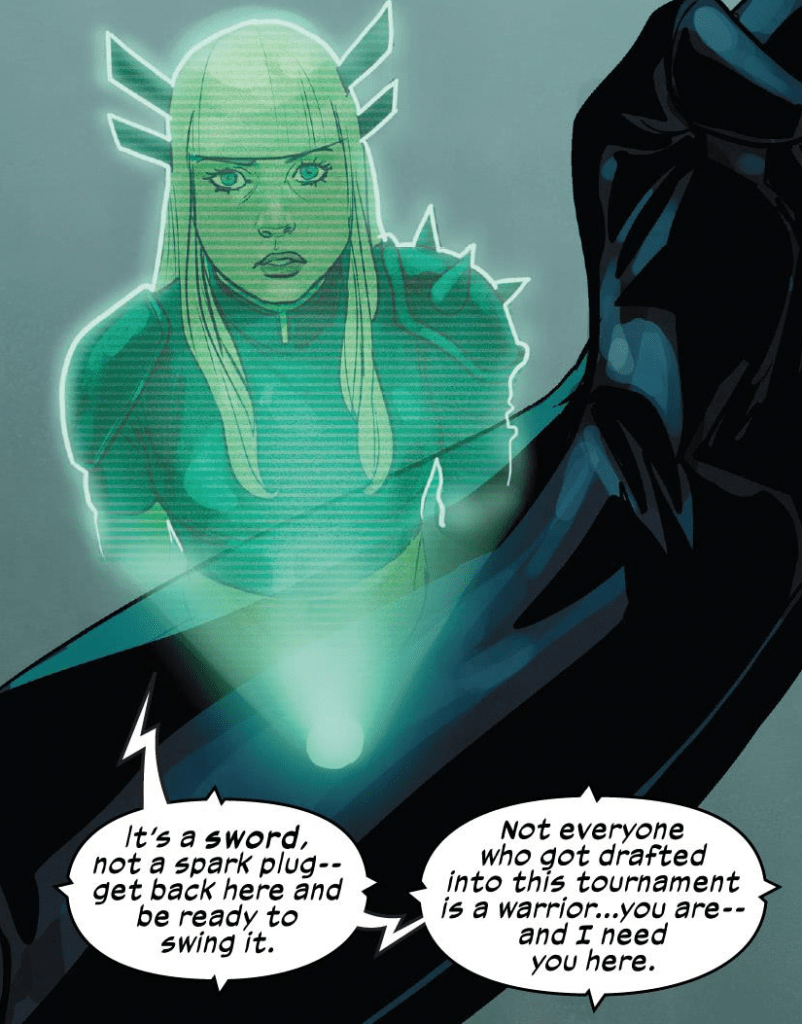 The sphinx represents mastery of onesel. One of them is black and the other white just like the two pillars at the sides of the High Priestess. They are the force wielded by the driver in order to accomplish his desires, though each of them pull in a different direction he’s capable of forcing his will into them. Notice how he commands the sphinxes even though he doesn’t have the reins, that means he’s able to master himself and his instincts. When on the outside, things are out of his control.

I think Jean and Cyclops are Cable’s sphinxes, driving him forward. They were able to temporarily take care of him in the future and he has carried out their wills of using their mutant gifts to protect others.

When representing a person, The Chariot is about someone determined, who prevails over the obstacles on his way to victory. I think there’s an interesting contrast between Cable, the prodigy child, and Cypher. One seems certain of his victory, while the other makes everybody, including himself, doubt the outcome of his confrontation.