The Journey of the Fool is concluding in major arcana number 21, The World, an so is X of Swords in Destruction #1

. But is this and ending or just the beginning?

This is the card of completion. With this card, the spiritual journey through the major arcana has reached its end. After undergoing all the challenges and lessons of the rest of the cards, it is time to triumph, to claim victory after all the struggle. On the card we see a naked woman dancing at the center of a wreath, a symbol of victory and protection. It also resembles the ouroboros, the serpent who bites its own tail which symbolizes the cycle of life, death, and rebirth. Against all odds, Krakoa is able to stand against Arakko with the help of the priestess of the Starlight Citadel, The S.W.O.R.D. station with the Vescora, and the recruited X-Men under Cyclops and Jean.

The woman at the center of the card is sometimes associated with Sophia, which in the Helenistic Tradition was a central idea regarding wisdom. Philosophía means ‘”love of wisdom” and in the “Republic” Plato states that in his proposed utopia the philosophers should be kings, just like in the Quiet Council from Krakoa, which now lacks two prominent members, since Jean and Apocalypse left.

The creatures in the card were previously depicted on the Wheel of Fortune card. They are the hayyoth, heavenly angels in Jewish mythology, angels of fire, who protect the throne of God. This could mean that the way to reach divinity is through wisdom and knowledge.

Speaking of completion, we are witnesses to Apocalypse’s long voyage finally coming to an end. Apocalypse claims the Annihilation helmet and under its control he surrenders to Saturnyne, giving her control over it. Apocalypse can now rejoin with Genesis and his children and all he has done through the centuries finally has earned him everything he wanted, to save mutant kind and be reunited with his family. The idea of wholeness also reminds us that Arakko will be joining Krakoa, as the two islands have wanted for so long. 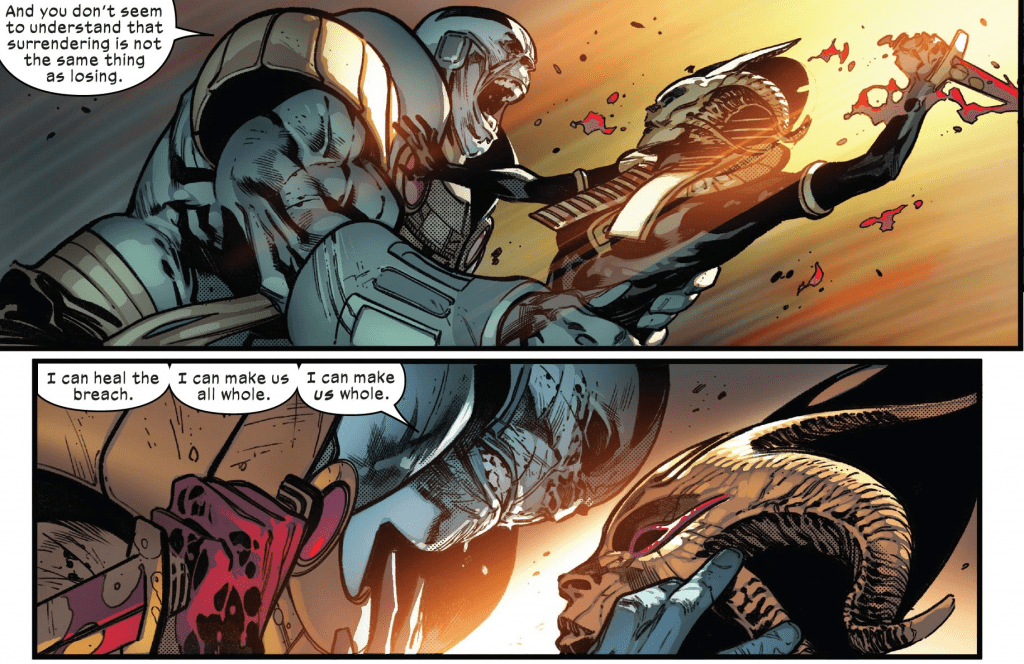 Speaking of cycles that come to term, we see how every seed Saturnyne planted comes to fruition. She gets almost everything she wanted from all this conflict, that is, except for Brian to love her and be Captain Britain. When the World is Reversed it could show that feeling of emptiness you can get when you accomplish your goal, like postnatal depression.

After every ending comes a new beginning. I wrote about it in the Creation analysis, that’s exactly why Cable, who was assigned the card of The Fool by Saturnyne, uses the Light of Galador to power the S.W.O.R.D station unleashing the Vescora. Maybe Cable doesn’t know it yet, but by doing so he has also pointed Krakoa in a new direction, where mutants will be taking an active role in the corners of Space in the upcoming S.W.O.R.D.

The most important outcome of this journey has to be the reunification of the X-Men as heroes and protectors of mutant kind. The World card symbolizes the perfect union with the power of the universe, archiving a new level of consciousness. I think Jean and Cyclops did exactly that by giving Krakoa the opportunity to defend itself and keep on prospering and evolving to new and unexpected levels. Only the future knows where the mutants will be taken in the soon to come Reign of X. 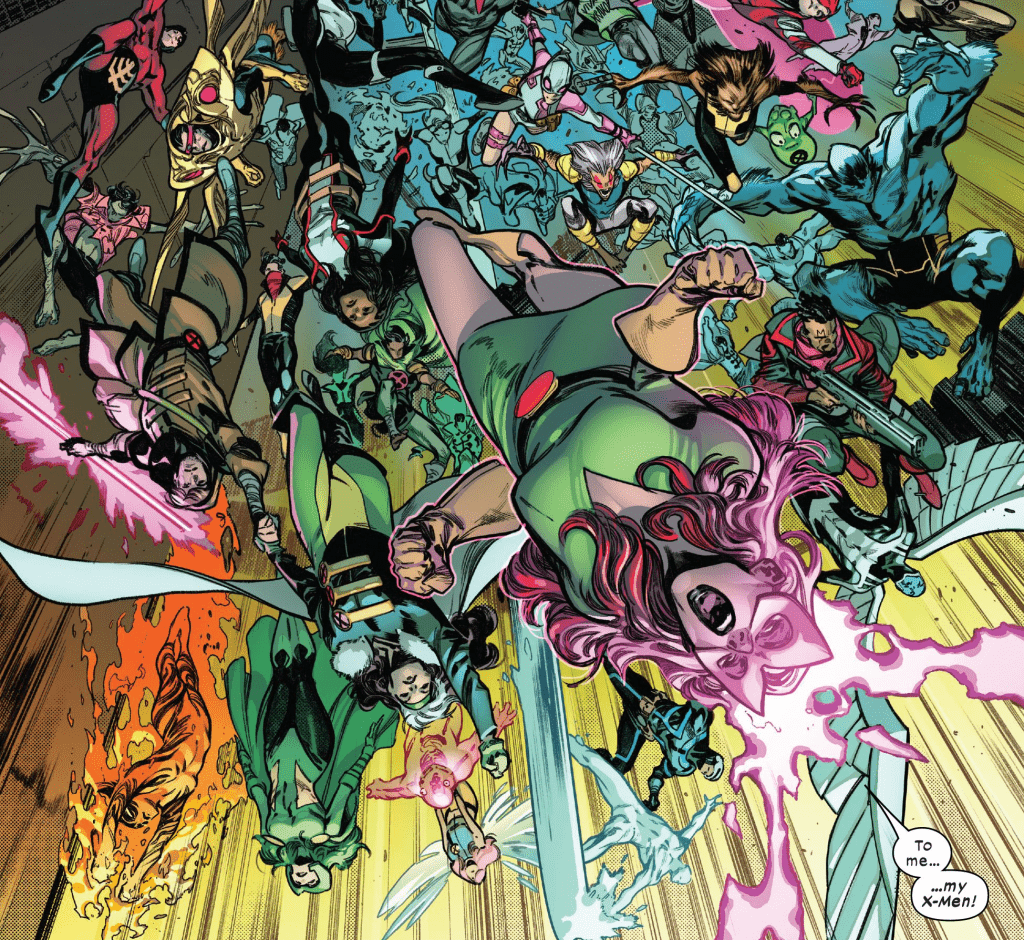