We’re almost at the end of the Fool’s Journey and X of Swords, but first we should take a look at the connections between X-Men #15 and major arcana 19, The Sun. 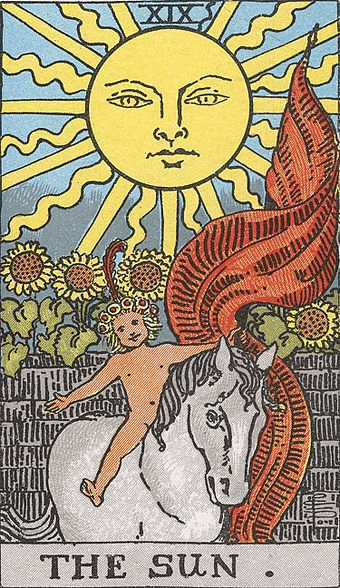 The previous card, The Moon was all about illusions; this time the sun shines so bright it brings clarity and with it happiness. Generally speaking this is one of the most positive cards from the tarot, as it deals with optimism and joy. I think that’s why the issue opens with Scott and Jean talking about how Krakoa has given them the luxury of enjoying everything they fought their entire lives to obtain. In the card we see a child, symbol of innocence, but it also makes me think of how Scott and Jean were the first students of Xavier and therefore the first X-Men to carry his dream of coexistence between humans and mutants. They were his first children, in a manner of speaking. 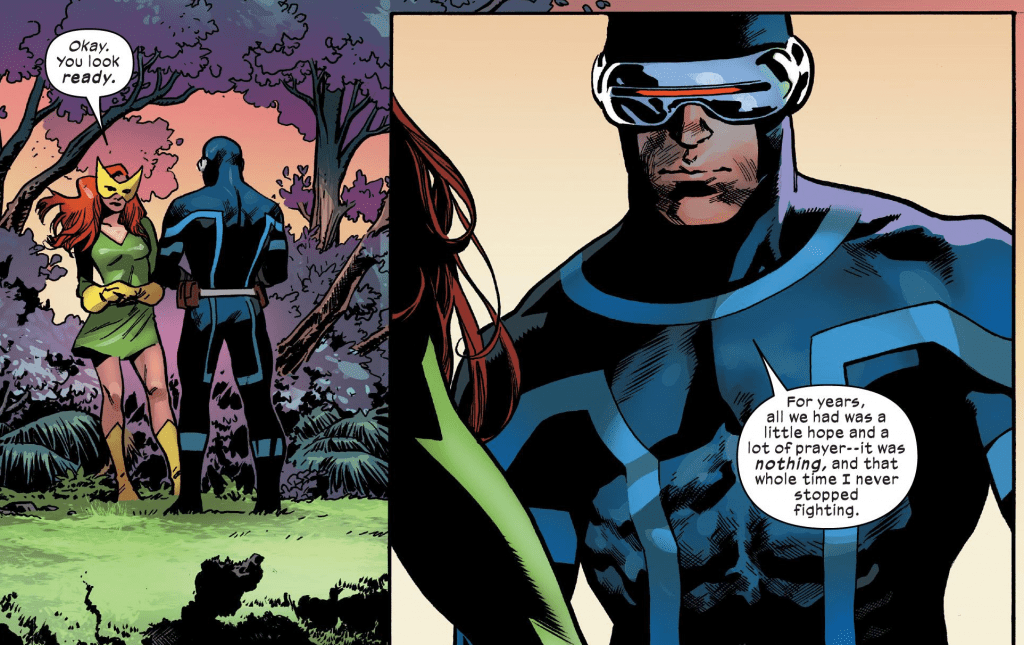 From the data pages, we discover that the concept of the X-Men was thrown away as part of the conception of Krakoa as a nation, since its body of government, The Quiet Council, meant to represent the major mutant philosophies that would bring the rest of the mutants together. For the X-Men, agents of the Xavier School, to still be active as representatives of mutandom would complicate things.

But now that the nation has been consolidated and superheroes are needed to protect the mutants at risk on Otherworld, Jean and Cyclops convince the Council to do exactly that. After all, it’s not like other countries don’t have their own superheroes like Alpha Flight from Canada or the Russian Winter Guard. The kid in the card is naked and he’s waving a red standarte, while riding a white horse. All these symbols are meant to represent being true to who you really are, and as much as some mutants have participated as agents of their nation, at their hearts they’ve always been the X-Men. The Sun is also about honor and triumph, they feel the need to accomplish the goal they were raised to fulfill. 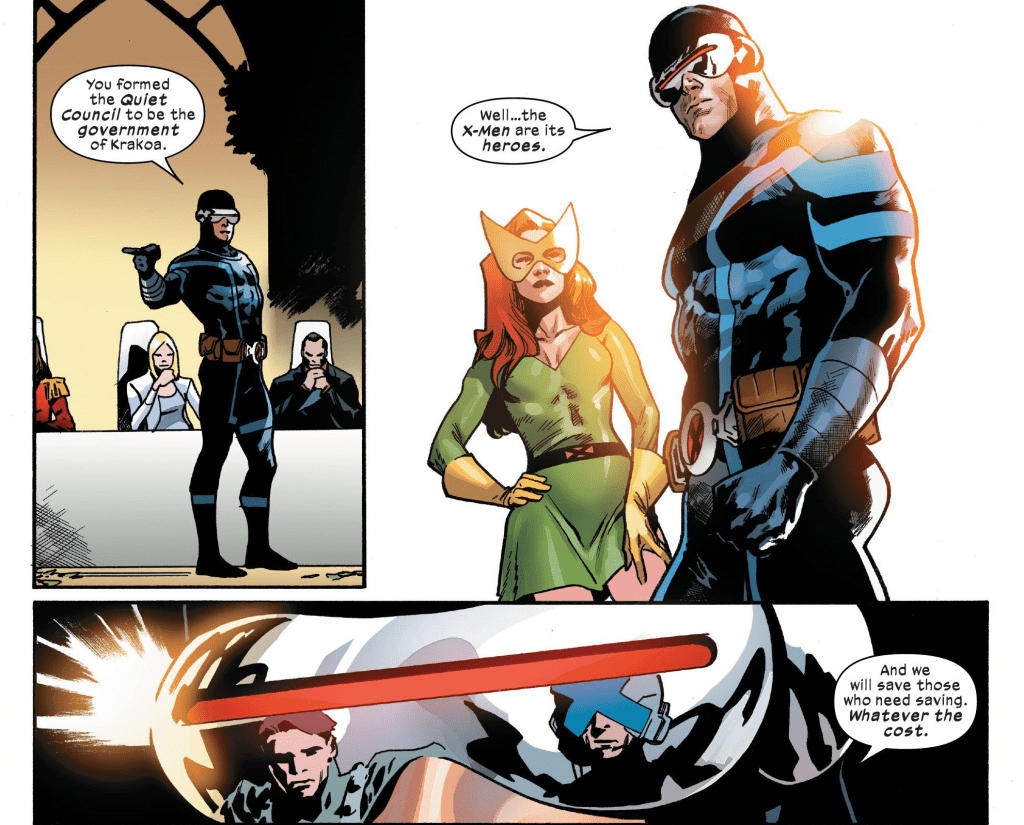 The theme of the ego is also interesting when being extrapolated to Genesis/Annihilation. Whoever uses the helmet has control of Amenth and its demons, but loses control over their own personality, even the fittest like Genesis herself. The Sun represents sincerity and honesty, and when it’s reversed it can show you’re unable to shine a light on your true self. 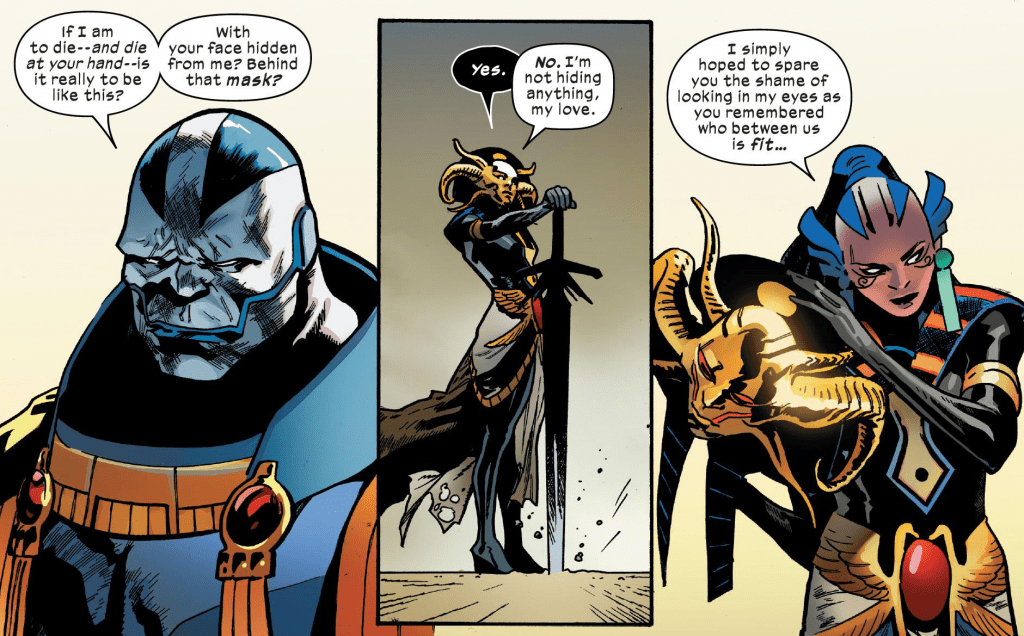 The Sun also becomes relevant when taking into account how it’s divided into the four seasons. Another interesting aspect of The Sun reversed is that of vanity, pride and delusions of grandeur, which not only the Arakko mutants are displaying but also certain members of the Quiet Council, especially Shaw. He has always cared only about himself and sees mutants as an economic resource to take over the world. He announces that those who decide to leave to Otherworld should abandon their seats at the Quiet Council because their possible deaths could damage their government, but it’s more likely that he only wants more power within the Council. That’s also why it is so important for Kurt and others like him to stay behind, because they carry within themselves the spark of the X-Men and the interest of mutants like them who wish to live and fight for a better world. 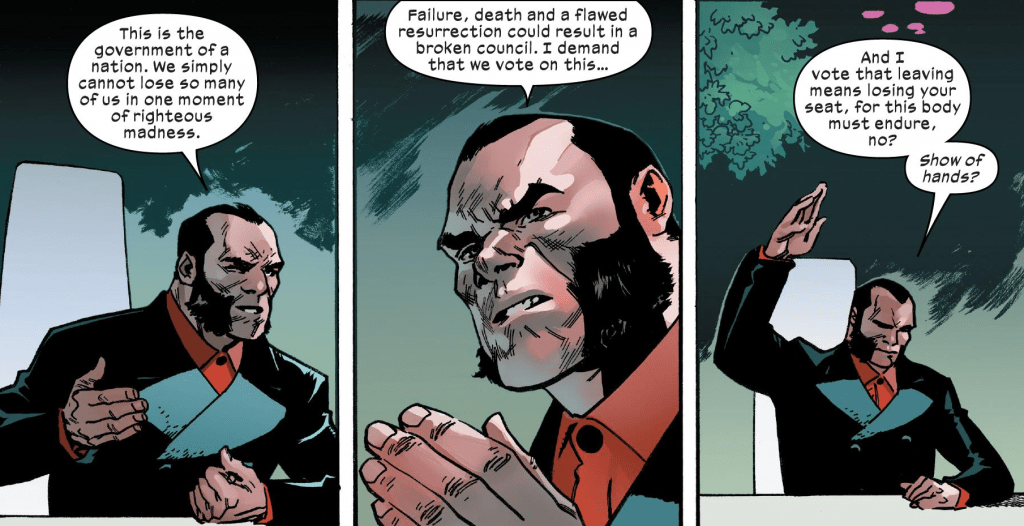