Danger lies ahead, in the pages of both Cable #6 and major arcana 18, The Moon. 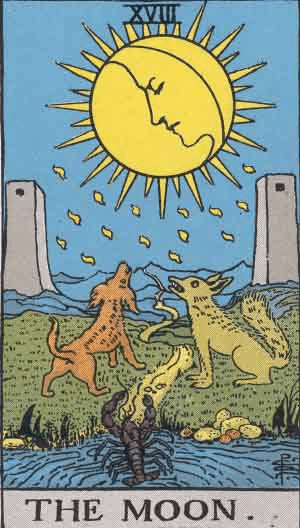 Since the moon changes through its cycles it is often seen as a symbol of inconsistency, that’s why in astrology it rules over the emotions, because feelings are constantly changing at their own paces. It also explains why there’s two pillars at the sides of the celestial figure similar to those at the end of the road of the Death card, because both of these cards deal with transformation, in their own particular way.

The volatile nature of the moon sometimes is seen as a warning for deception and lies. That’s why the issue begins with Sinister lying to the Quiet Council. It should be mentioned that not everything he told them was a lie, Arakko is a dangerous place and the mutants sent to Otherworld are in grave danger as seen later in the story, but there’s also the possibility of Krakoa being invaded through the External Gate. This card is a warning, listen to your intuition to escape peril, that’s why there are animals depicted in the art, they represent your instincts. 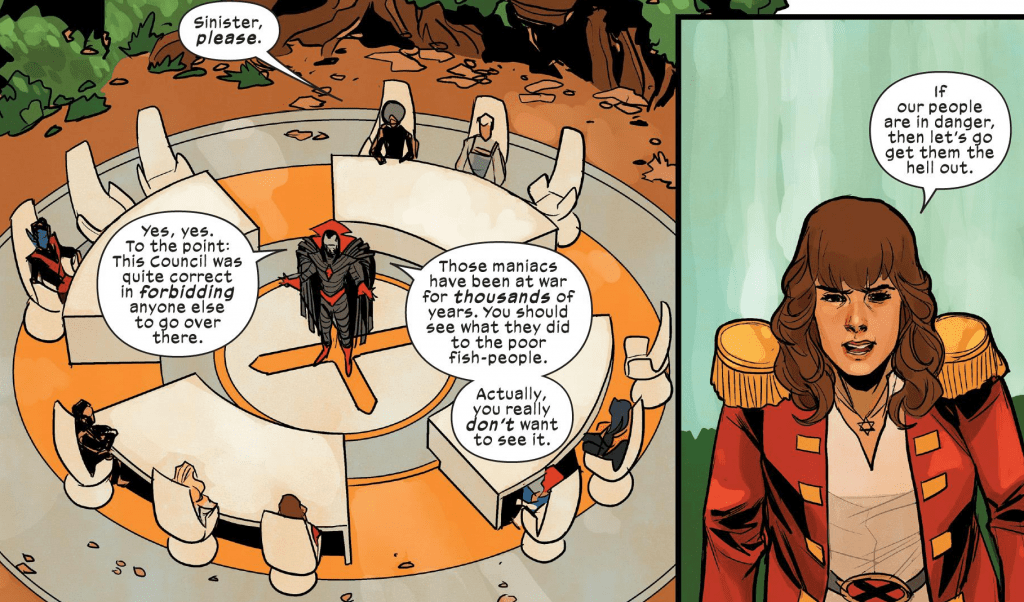 Much like The Devil, it could be about fear and anxiety, but this time it’s not something that paralyzes you. Instead, it is about being blinded by your insecurities and being left in the dark of the night. Your mind is your greatest tool but it can also be your most fearsome adversary, paranoia can get in your way or you might feel like you’re not enough, like Cable comparing himself to the Old Cable after being defeated by Bei (a literal personification of the moon as an archetype). He actually had the upper hand until he hesitated. All those illusions came from his mind, it’s not necessarily the reality. The Moon card is often about dreams and the subconscious, and it also represents psychic connections.

Maybe the inestimable aspect of the card is also represented by the way Gorgon turned the tables in favor of Krakoa by facing against White Sword and his 100 soldiers. Blinded, because otherwise he would turn all those who he sees into stone, he also has to trust in his other senses and his intuition. Although The Moon usually warns you about hidden or imaginary enemies, the ones Gorgon had to face were pretty real but he didn’t let his fears take over.

On the other hand, White Sword has some interesting links with this major arcana. The Wild Hunt is a folklore motif from Northern European cultures involving a loud and savage army of the dead riding through the night, sometimes abducting lost souls to join them. One of the figures associated with leading the hunt is Gwyn ap Nudd, a welsh mythological creature. Gwyn means “bright” or “white” and also “pure” in old welsh. Seeing the Wild Hunt was thought to be a bad omen, much like the Moon card to those who do not follow its advice or listen to their instincts. As I said, calamity is on its way, and now it’s up to Apocalypse to keep it at bay. 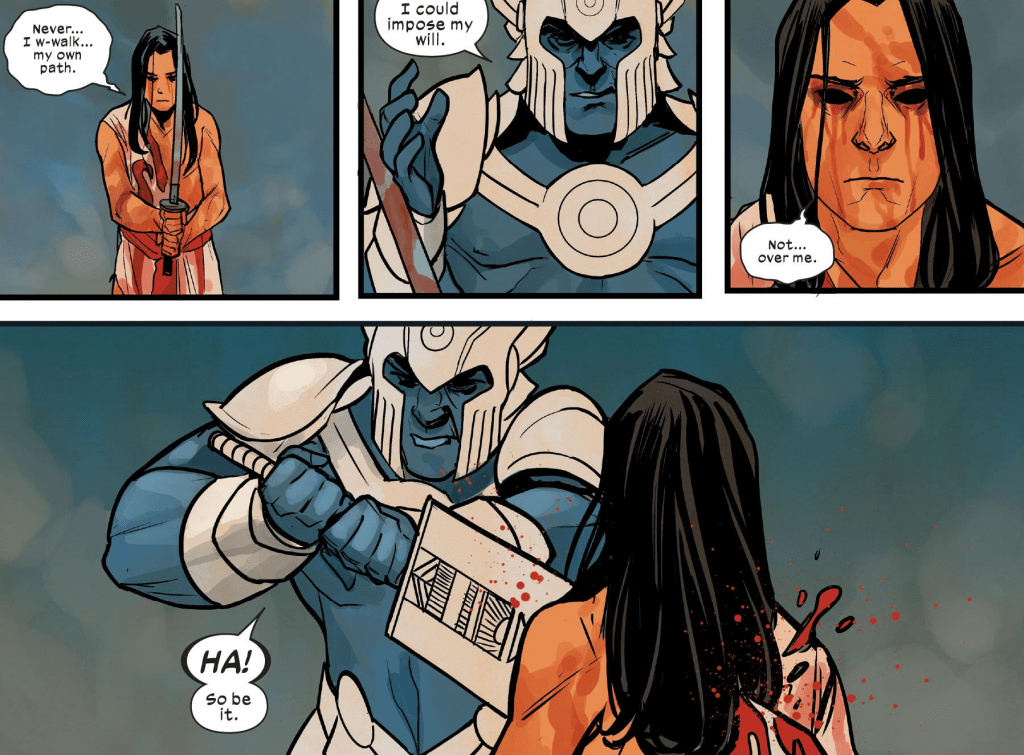