Calamity is announced and The Tower is struck by lighting both in major arcana number #16 and X-Force #14, chapter 17 of 22 from the X of Swords crossover. 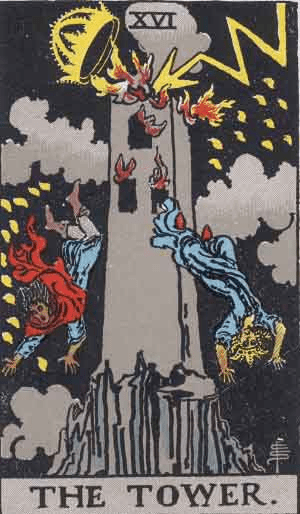 This is generally seen as one of the worst cards to get in a reading. This is what happens when you overindulge in the pleasures offered by The Devil, if you’re not careful with your limits you destroy yourself. On the other hand, if you’re too limited you are pushed out of your comfort zone, that’s why the people falling from the Tower appear to be royal. Just like the Krakoan champions jumping out of paradise to defend their land. Another interesting comparison is to the Death card; that one announces a natural transformation, while this one points towards a sudden and often violent change.

When you resist change it becomes imminent, the transition instead comes as an explosion whether you like it or not. Overall this is a card of destruction, I think that’s why Mad Jim Jaspers and The Fury are prominent parts of the story. In Earth-238 he created the Fury with his warping reality powers to destroy all the superbeings from this dimension, except for himself.

Adversity and violence are other themes of this card. It’s about a structure badly built therefore destined to fall. This is a sign that you need to change direction. Destruction is necessary for creation, and now you know how to make things better and different. Unfortunately for Krakoa, they didn’t read the signs and now they are losing almost every challenge. They fell victims of Saturnyne’s manipulations and were never meant to win the tournament.

This card was previously shown in Powers of X #1, seen as the Tower of Nimrod the Lesser, headquarters of the sentinel dedicated to exterminate mutant kind in Moira’s ninth life. Some people connect the tower from the card to the myth of the Tower of Babel, which was so tall that God made their builders start talking different languages so they wouldn’t understand each other to finish it. Some traditions consider the leader of those who built it to be Nimrod himself, a biblical hunter. In a broad sense it could symbolize that mutants are doomed, as Moira saw throughout her lives. 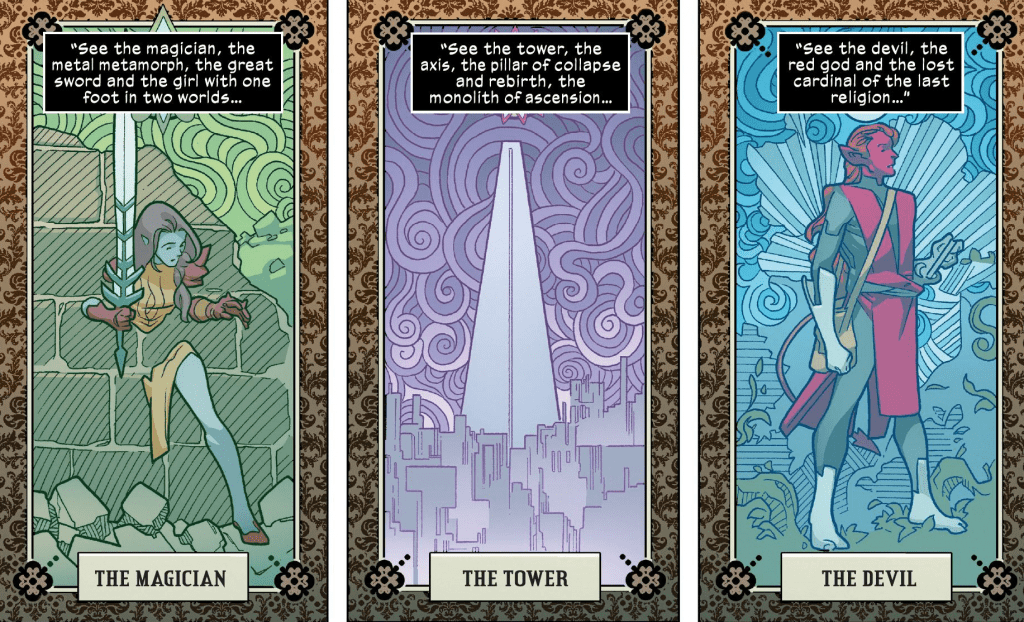 As I said before there’s no bad or good cards, although this one is challenging. The destruction of the tower allows for something new to be built in its place. For example, when you suddenly lose your job you can take this opportunity to discover what you really wanna do with your time, or to specialize in something entirely different.

That’s exactly what Storm does, despite losing her powers because she was poisoned and the tide turned against her, she takes this opportunity to take down her opponent with her physical abilities. Multiple times Ororo has proven to be a formidable opponent with or without her powers, and she has also learned to grow from adversity and loss. Fun fact: older versions of this card are called “La Foudre” (The Lightning). 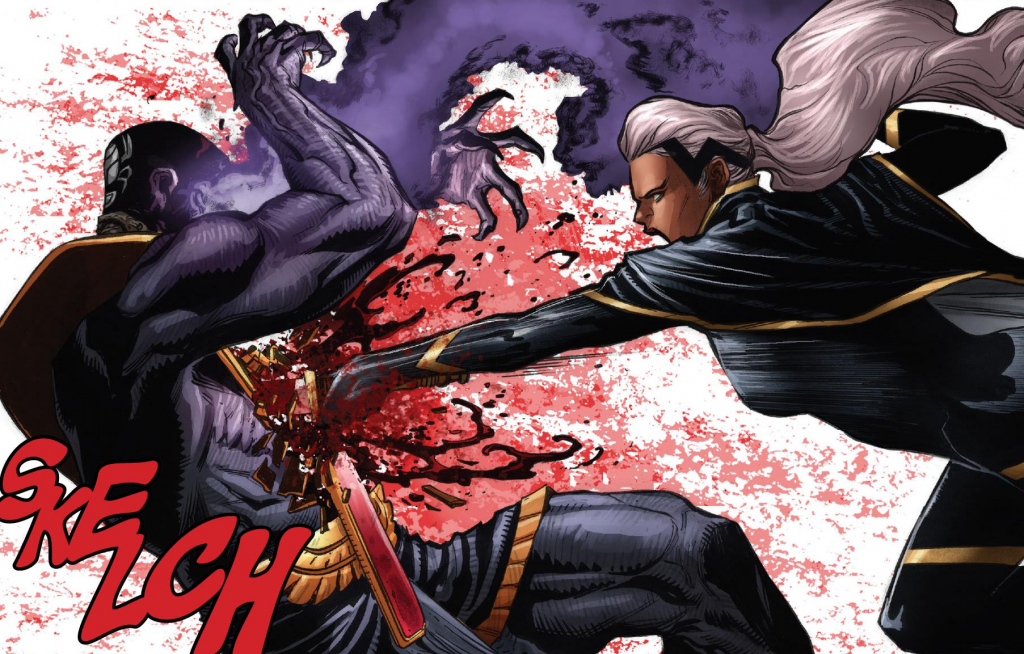