We’re finally halfway through X of Swords, with Stasis as chapter #11 corresponding with major arcana number 10, the Wheel of Fortune. 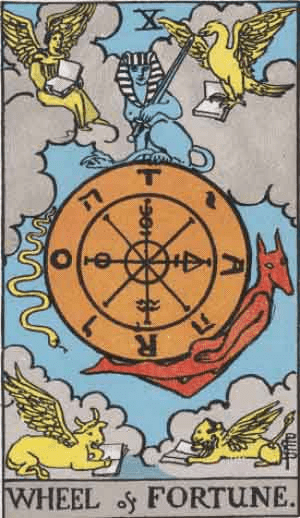 The symbols of this card are rather cryptic but once you get to understand them it’s easier to know what the card is conveying. Fortuna was the Roman goddess of both good and bad luck, and her symbol was the Rota Fortunae, wheel of fortune, which represents the ups and downs of the capricious nature of destiny. The wheel is also a symbol of movement, things are starting to take a different turn. Until now every chapter has been about the Krakoan champions collecting their respective swords, but since that part of the story is done we move onto the next aspect of the crossover, the actual confrontation.

The imagery of the wheel is seen everywhere: on the maps of Otherworld’s kingdoms, on the clothes of the Arakki mutants, and on both ritual grounds that Polaris and Pestilence prepared for their comrades. As I explained when I contrasted the Empress and the Emperor card, I think Krakoa and Arakko are meant to be reflections of one another. When the wheel spins some rise and some will fall. While Okkara used to be a paradise for mutants, eventually it fell, and now that cycle is repeating itself and the same thing could happen to the newfound nation of Krakoa. We also see the repetition of the gathering of champions and swords but this time on the other side.

The familiar concept “as above so below” comes up once more. You can see it more clearly on the page when Saturnyne is gathering the representatives of every kingdom and Roma’s panel is reversed above Merlyn’s. It is also relevant once you take into account the four figures on the corners of the card, the tetramorph, which symbolizes the combination of four disparate elements in one single unit. They also represent the four evangelists who wrote the gospels of the New Testament, as well as the four elements and the four fixed cardinal signs which can be extrapolated to the Four Horsemen and the magical power of the X described on Apocalypse’s Grimoire. Also, two of the creatures on the wheel are similar to the designs of Death and Famine respectively.

Sometimes the card is about karma. Simply put, your previous actions come back to haunt or reward you, just like Apocalypse must face the sins of his past. When the card is reversed it could be about stagnation. Stasis is a state of inactivity; this is the point when things stop in order to start moving in another direction.

Fate is also a big theme with the Wheel of Fortune. I guess in this case the one dictating everybody’s destiny is Saturnyne. With her cards and prophecies, she’s the one setting the wheel in motion. I think what this issue did for the story was to show how either side is capable of winning, they both have powerful contenders and something to lose. The choice is theirs to rise at the expense of the others, or to join forces and take the wheel in their own hands. 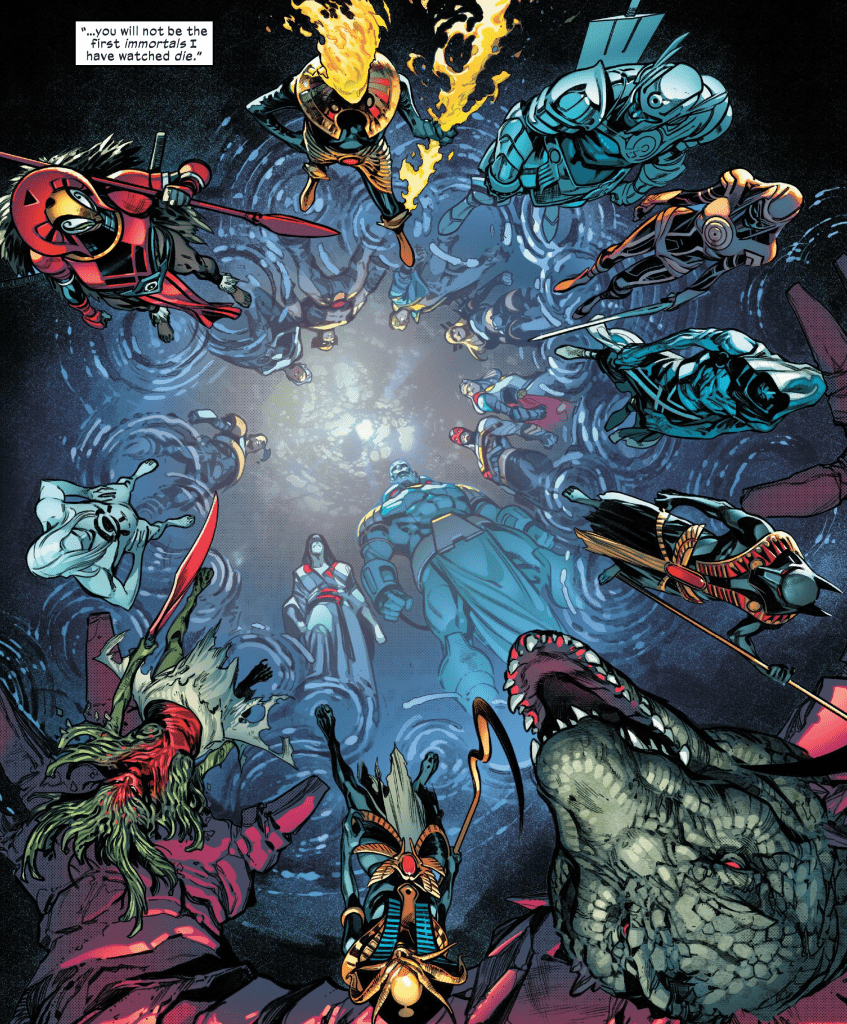