This week I review the second season of Punisher on Netflix, talk about comics being cancelled from my pull list, and acknowledge a nice improvement to the DC Universe app! 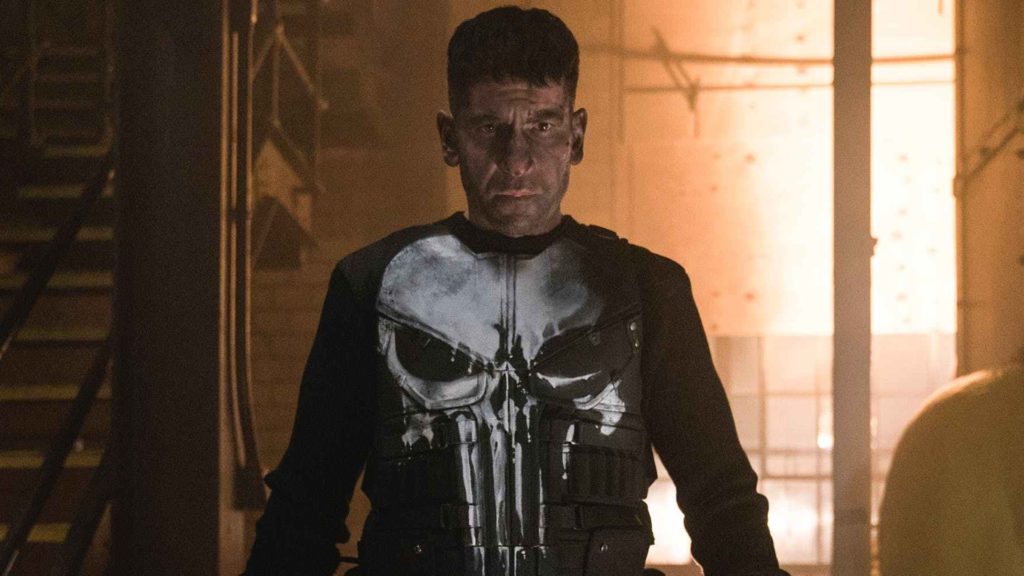 There’s not much new here in Punisher season two, and in that way it’s very much a product of the Marvel Netflix era. Season one of every series the partnership has produced tells you exactly what you’re getting, and subsequent seasons have all simply been more of the established formula. For my money, Daredevil is the cream of the crop, with three good to great seasons of TV (whereas Jessica Jones went from excellent to unwatchable). Punisher falls more to the middle, slightly more consistent than Luke Cage but never as compelling as Daredevil.

Still, I was oddly compelled to continue watching Punisher. The series’ supporting cast of Billy Russo and Agent Nadani are fascinating contributors, and the addition of an accidental surrogate daughter to Frank’s life positions him at his best. For the last few years of Marvel Netflix the key litmus test for me has been the desire to simply skip episodes, and even at 13 hours, I found myself finding surprising rewards.

The absolute strangest decision around Netflix Punisher is the perpetual fear of letting Frank Castle actually operate as The Punisher. If I were a more committed Punisher fan, I have a feeling I wouldn’t be so blasé about an extended Daredevil season two supporting role and two solo seasons that somehow all end with Frank finally taking on the mantle of Punisher. You think Marvel Comics is too casual with renumbered continuity tricks? Just get a load of this show!

This connects to the show’s absolute disinterest in playing with the Marvel Universe toybox. Some of this comes to how you like your Punisher, but so many of my favorite versions are deep in the mire of assassination plots to take out Norman Osborn or gambits to take on the Kingpin. The most recent Punisher series written by Matthew Rosenberg sees Frank stealing the War Machine armor and proceeding to fight half the Marvel heroes and villains in the entire catalog. It’s fun to see Frank Castle’s delusions and singular vision in contrast to additional characters we know (it’s a big part of why I’m more into Daredevil season two than most). Why run from that?

No, Punisher season two is not without flaws. As a CBH Facebook comment called him,  the slow-build reveal of “Pretty Jigsaw” is one of the funniest moments in Marvel Netflix history, however unintended. While the Jigsaw of Punisher comics is truly disfigured, the Billy Russo of Netflix escapes his climactic season one beating with a few strategically placed scars. It’s clear season two is significantly more invested on the psychological wounds all these characters have suffered, but the multiple episode build-up of Jigsaw’s scarring is comically unsupported by the actual commitment of makeup and costume.

As I started with, the final days of Marvel Netflix are not here to change minds. If you enjoyed Punisher season one, odds are you will find season two similarly satisfying. Personally, I didn’t think season one was a knockout, but appreciated the commitment to weaving veteran’s issues into the narrative of Marvel’s murderous antihero. The second season has its moments, but ultimately its a messier affair, weighted down by its self-imposed runtime, incongruous competing plots, and fear of the skull.

I have an admittedly difficult time cancelling comics, but recent awareness of things like space, money, and satisfaction derived from all comics on my pull list have made it clear it’s time for my annual purge.

One area I’m focusing on the most with the comics I ask my local shop to order for me each week is the difference between A) A story I kind of want to read and B) A series I’ll want to have in my collection 10 years from now.

If it’s just a story I think might be good, that’s likely a comic I can read in collected form, or as it’s released to digital services like Hoopla or Marvel Unlimited.

The most difficult call for me was on the Scott Snyder written Justice League. I had such high hopes for this comic coming out of Metal, but have been generally unimpressed with the title to date. I can’t quite bring myself to quit it, though.

Below you’ll find my recent updates to the pull list, with the notable caveat that I kept way more than I cut! Also, if you’re noting a discernible lack of Marvel from my pull list, this is less a comment on the quality of the line than it is the reality of my Marvel Unlimited consumption.

Props to DC Universe for listening to fans and early subscribers, and updating their comics library with over 1,000 new books. Comics have clearly been an afterthought for the exclusive TV focused subscription service, but when you’re a comic book publisher, this doesn’t necessarily play to your strengths.

So nicely done by DC listening to fan requests, and updating the library to include some excellent reads like Omega Men, all of Gotham Central, and a whole bunch of full Rebirth era story arcs.

All in all, I’m quite pleased with DC Universe’s January, capping off a very strong Young Justice: Outsiders release strategy with this mega comics update.

It’s still early days, and I definitely need to see whether all these comics are staying within the app, but on the heels of their move to Comixology Unlimited, DC seems to (finally) be taking digital services more seriously. That’s a good thing for the publisher, and a good thing for comic book fans!