You are here: Home / Featured / PREVIOUSLY ON… #37: Black Orchid Review 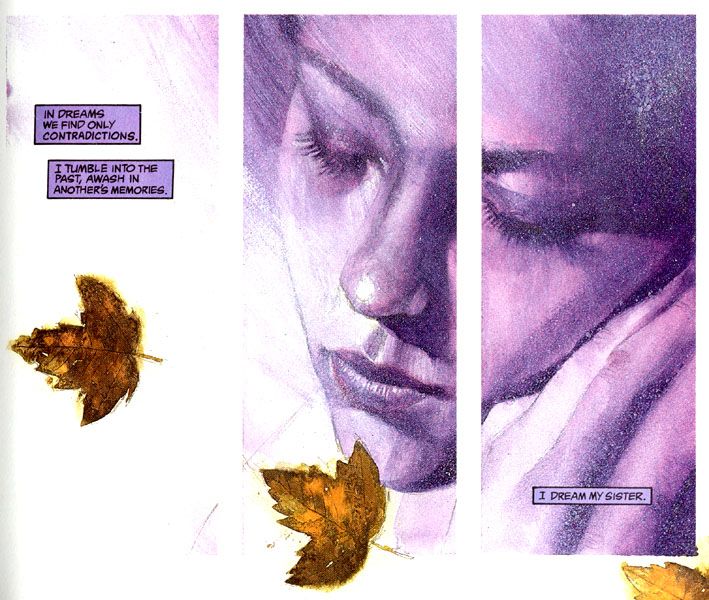 Where To Find: Black Orchid

There was an eye-opening exchange on Twitter this week, with Neil Gaiman stepping in to a “The People vs. Comics + gate” argument to elucidate on the fallacy that previous comics writing experience was a prerequisite for new voices in the industry. I’d recommend reading Gaiman’s typically gorgeous clarifications in his own hand, and apart from what seems to me like an obviously good thing for comics (new voices, new perspectives!), the incident offered a couple of very interesting developments.

First, Gaiman’s own admission that he was a journalist full of ideas before DC Comics took a shot on him (and artist Dave McKean) with Black Orchid prompted comic creators all over to share their own stories of inexperience prior to a shot at the big leagues. This was compelling, as a number of my favorite creators over the past decade tweeted out their origin stories. Some favorites of mine include Tom King, Scott Snyder, and Jason Aaron.

Secondly, Gaiman’s tweet prompted me to pull out the collection of Black Orchid prestige books I bought at my Local Comic Shop’s sale earlier this year and finally read the thing, with the knowledge that this was Gaiman’s first comics work. I’ve long been a fan of his Sandman (it’s ranked second on my list of favorite comics ever), as well as non-comics fiction like American Gods. Nonetheless, Black Orchid had sat on the backburner of my reading pile, until this exchange.

In general, Black Orchid holds up better than some good-looking but dated works like Green Arrow: The Longbow Hunters or Shade: The Changing Man. Overexposure to pale Watchmen Imitators has soured me on a lot of late 80’s period pieces, but it’s clear from go that Black Orchid is a significant part of influencing the medium on its own terms.

There’s a definite debt to Swamp Thing in these pages, both narratively (as acknowledged in the Book 3 thank you’s to Alan Moore, Stephen Bisette, and John Totelbon) and tonally. There’s also a strong reverberation of the kind of superhero reimaginings Alan Moore was making popular throughout the 80’s, in additional stories like Miracleman (which Gaiman would eventually write).

In short, Gaiman and McKean take the lesser known vigilante, Black Orchid, and put her in the mature context of late 80’s horror, violence, and crime. Within pages, the titular hero is outed, captured, and viscously undone by a corporate villain. Reinvigorating a C-list lost cause in the DC annals is a technique Gaiman would elevate in the pages of Sandman, but here, it’s more grounded in the DC Universe as we know it, with supporting roles from Lex Luthor, Batman, Swamp Thing, Poison Ivy, and several more familiar faces.

I’ll admit, McKean’s painted moods are an acquired taste, less concentrated on specific tactical detail and more on emotive washes of colors. His work would get more abstract in areas like his Sandman covers, but here McKean’s work brings to mind the modern work of Christian Ward, with an almost color-first approach to captivating page design. The flood of paints match Gaiman’s own lucid-dream captions, in a book that never quite escapes meditations on origins. It’s a superhero in a superhero universe, without any interest in superheroics.

I don’t anticipate I’ll rank Black Orchid inside the top 100 of my favorite comics ever, but I could see it cracking the top 200. If you’re a Gaiman fan like myself, or simply a fan of important comics from this crucial moment in comics history, I recommend giving Black Orchid an overdue chance. And remember, this was Gaiman’s first comics script. Pretty damn impressive for a total newcomer to the medium.