You are here: Home / Featured / PREVIOUSLY ON… #32: Infinity Countdown & The Importance of the Fantastic Four!

For the better part of 2018, I’ve been writing this “Previously On” column over on the Comic Book Herald Patreon as an exclusive. Since I’ve added advance access to new reading orders as a perk over there for patrons, I’ll be running the “Previously On” columns directly on CBH here on out. Try to contain your wild excitement, people are starting to notice.

This week I review Marvel’s Infinity Countdown and talk about the return of the Fantastic Four to the Marvel universe! 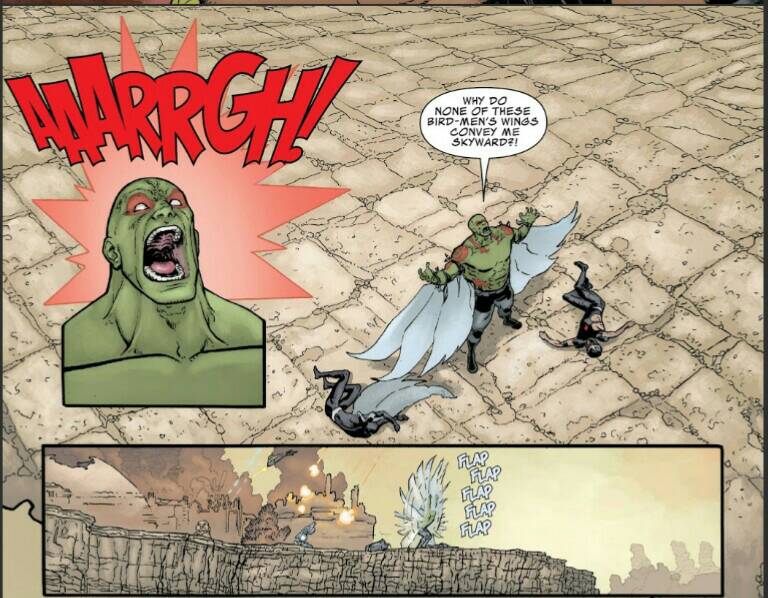 Where To Find: Infinity Countdown Trade

Newly Available Complete Story Arcs in Marvel Unlimited: Guardians of the Galaxy #146 to #150

Marvel’s been getting hammered for years now for overindulging in “Events,” and Infinity Countdown, the 2018 cosmic spectacular, is a strange new addition to the ongoing case study.

As far as I can tell the event has generated very little enthusiasm outside of the Marvel die-hards. You could make the argument that Marvel’s previous two summer events have been similarly passable, but in the moment, both Civil War 2 (*shudders*) and Secret Empire generated significant interest and conversation.

Infinity Countdown is particularly unique in that it does two quirky things simultaneously:

It’s hard not to feel let down by Countdown as a whole, but it’s very clearly not meant to be taken on its own terms, it was just marketed and sold that way. As a continuation of a compelling and improved Guardians of the Galaxy comic, the Infinity Quest to Infinity Countdown ride is generally entertaining! Countdown in particular drags more than needed, and suffers tremendously from “endless tease syndrome” (also known as Red-Hulkivitis, and no, there’s no known cure). Nonetheless, from Ultron vs. Adam Warlock to Drax vs. Sax, these are better Guardians comics than Marvel’s had in (at least) five years.

Given how obviously Infinity Countdown is a pure continuation of Duggan’s run on Guardians of the Galaxy, I was curious why Marvel even ended GoTG to make way for the “Event” title. I was pretty confident the answer rhymed with “honey honey” (#MamaMia2), but wasn’t entirely sure how much of a boost in sales the same creative team and story would see just from the ol’ “event” trick.

Turns out, Marvel more than doubled their sales of Guardians of the Galaxy when comparing the first 5 issues of Infinity Countdown (including Prime) to the last five issues of Guardians of the Galaxy. The highest ranking GoTG comic (issue #150 was the 30th most shipped in January 2018) was still 10,000 units and three spots in the ranking lower than Infinity Countdown #4 in June 2018*.

The kicker with the Countdown sales, too, is you get the tie-in titles like Infinity Countdown: Captain Marvel or Infinity Countdown: Daredevil at numbers 66 and 70 in unit sales for May 2018 (approaching 30k each). Despite the general worthlessness of both of these tie-ins, they outshipped great comics like Barrier and You Are Deadpool.

So, hey, from a sales standpoint, the move is kind of a no-brainer. And taken altogether (as Marvel seemingly intends to do with an already planned Duggan/GoTG Omnibus) this may wind up as a pretty solid story. That said, the baggage of event fatigue, and the transitory aimlessness of Countdown do not do Marvel any favors.

Wednesday August 8th marks the official return of the Fantastic Four to the Marvel Universe, after a near three year forced leave of absence. I’m meeting the relaunch with tentative optimism, largely because there’s already a shockingly great Fantastic Faux book out (Marvel 2-in-1) and because I was desperately hoping Al Ewing would be writing the title. Nonetheless, there’s no doubt in my mind the Marvel Universe is better when the Fantastic Four are a part of the landscape.

One obvious example that comes to mind is the Marvel NOW! era Fantastic Four. Post-Hickman, Fantastic Four was in the hands of a weirdly middling Matt Fraction/Mark Bagley run that never quite came together (although I still love its counter in FF), and then a short run written by James Robinson. Nonetheless, this 2012 to 2015 stretch is still of very high quality across the board, with Reed Richards in particular contributing mightily to Hickman’s excellent work across Avengers and New Avengers. And of course, Secret Wars wouldn’t have been the same kind of epic without the involvement of the whole family and Emperor God Doom.

The next most recent stretch of “down years” for the Fantastic Four comes from about 2005 to 2008, after Mark Waid and Mike Wieringo finished their great contribution to the mag. You have good spells in there (Dwayne McDuffie’s post Civil War time writing with Black Panther and Storm on the team), but it’s significantly less consistent. Again, though, the centre of the Marvel U holds during this time, with the FF of course playing intriguing roles across House of M, Civil War, and Secret Invasion.

You can play it back any number of years, but there’s really no doubt in mind, the Marvel Universe is just more compelling – and obviously whole – when the Fantastic Four are in the picture.

It would be short-sighted to assert Marvel hasn’t been as widely consistent over the past two years due to the first family’s absence, but it certainly didn’t help. Welcome back Reed, Sue, Franklin, Valeria, and family!