This week in “Previously On,” I reflect on the absence of new comic book releases from the major publishers throughout the month of April, and share what I’m doing as a result.

No new comics were released over the past two weeks as a result of the all-encompassing impact of Covid-19 around the world. Surprisingly (at least to me), not only did print comics halt in the US after Diamond announced they were shutting down distribution, but Marvel, DC, Image and the like also all agreed to pause digital releases of new comic books.

In the hustle of keeping Comic Book Herald up to date, adding to ongoing reading orders, and creating new videos / podcasts every week, I’ve often thought to myself that it would be great if new comics just paused for a little while so I could catch up on all the reading I fell behind on. The reality, and the circumstances, are something else entirely, with the absence of new comic book Wednesdays leaving a trivial yet massive hole in weekly routine and much needed distractions.

This virus impacts everything. Comics are no exception.

With that in mind, here’s what’s going on at Comic Book Herald, either in response to the pandemic, or simply as a mention of regular ways I’m coping. These are the comics I’m reading, and the steps I’m taking!

Local comic book stores are hit particularly hard by the pandemic, unable to keep their stores open, hardly a financial reality many can afford. It’s a small thing, and not a long term solution, but before a bigger idea takes root, I’m doing what I can to support the local comics community.

The first thing I did is check in with my personal LCS, and learned they would still pull the books I had on file prior to Diamond shutting down shipping, and ship them to me at home. If the stay at home orders continue impacting their business well into the future, I’ll also be reaching out about gift card purchases, in order to send them some cash now, and then use it myself later when possible.

and Laura Dean Keeps Breaking Up With Me

from Challengers Comics in Chicago. Amazingly, I also won the giveaway, and will be a getting a Star Wars sketch from the absolutely incredible Daniel Warren Johnson!

Finally, I announced this on the Patreon, but I’m also doubling this month’s charitable contributions, with a focus on local comic shops for CBH readers. Any time a reader submits a shop, I’ll reach out to that store about gift card options, and then send you the card (again, cash now for the LCS, comics for you later!). Submissions accepted until I hit my limit! 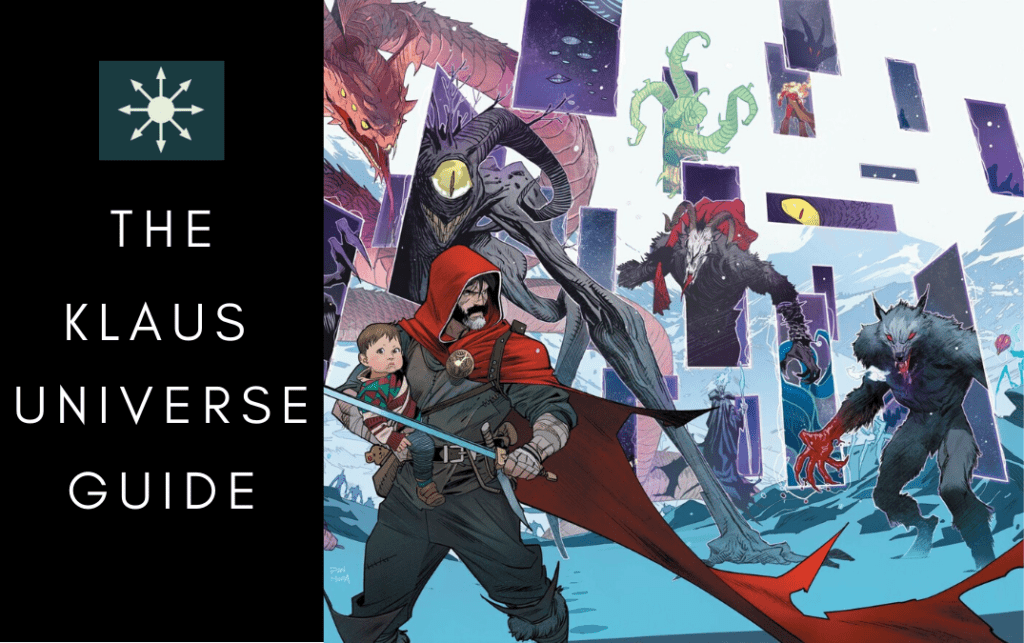 Every would-be NCBD Wednesday throughout April, I’ve also reached out to Comic Book Herald’s writers about highlighting comics (within the last decade or so) that never quite got the love they deserved. These “underrated gems” can hopefully provide some fun, off-the-path reading recommendations for all of us stuck indoors more than usual.

Ritesh Babu informally kicked things off with a fantastic guide to the Klaus universe of Grant Morrison and Dan Mora, and plenty more are on the way.

There’s a clear craving for entertainment recommendations during the age of quarantine, and although it’s self-serving, I don’t know of many reading clubs / podcasts that fit the bill better than My Marvelous Year.

In the MMY club, Zack and I read through curated lists of the 10 best stories from every single year of Marvel Comics. We’ve made it from the 1960’s up to 1983 currently, with recent highlights including everything from Chris Claremont written Uncanny X-Men to Frank Miller / Klaus Janson Daredevil to kicking off the Walt Simonson era of Thor!

Come check out the club and podcast now for reading recommendations, the inevitable brawl that’s going to break out when Zack and I disagree about the irrefutable excellence of 1984’s Secret Wars

Krakin’ The Great House of X / Powers of X Re-Read

Even without new X-Men comic book releases, Krakin’ Krakoa continues unabated. It’s actually been a lot of fun to tackle some bigger picture subjects like every riddle Mister Sinister left for us in “Sinister Secrets,” or the complete comics history of the island Krakoa.

.  The more CBH fans that want to play along, the better, and I want to hear all your theories!

Reading Through The Best Of The Year So Far!

While it’s depressing that my “first quarter” picks for the best comics of 2020 is looking more and more like it might be quarters one and two, I’d still point readers there for all the great reads that already came out this year (and that you may have missed the first go around).

I’m currently re-reading Dragon Hoops (it’s that damn good), and would highly recommend everyone do the same!

Otherwise, I’d love to hear what other people are doing during this impossible time. Let me know in the comments.