Artist Matteo Lolli is Marvel’s Marauders artist for half of the series’ first twelve issues, including the launch into the X-Men’s Dawn of X. This week’s Marauders #13

Prior to X of Swords, I asked Lolli a series of questions about his work across Marauders and the Dawn of X, and our brief interview follows in full!

What’s it been like being a regular series artist for Marauders, a book that I love, and that a lot of X-Men fans have really taken to in the Dawn of X?

It’s brilliant. I’m a big X-men fan and I love the whole HOX and POX new world that Johnathan built. Marauders is a series that perfectly fits in and I love what Gerry did, and how he develops characters and plots. Also there are some of my favorite characters to draw, it’s lovely. 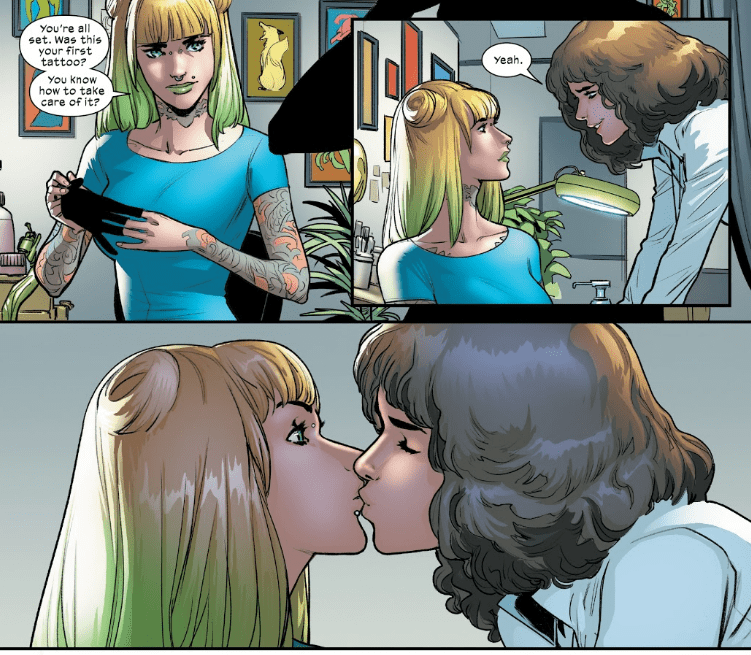 You get to visually depict some extremely important moments in LGBTQIA+ representation, such as Kate Pryde’s same sex kiss in Marauders #12. How do you approach these scenes as an artist to give them weight, and what kind of thought to you put into character expression and reactions?

As an artist I always try to convey as much emotion as possible in the expressions I give to my characters, it’s something I’m always aware of and try not to overlook. In Marauders, I was lucky enough to have to depict some of these important moments and I’m HONORED about it. I treat them as intimately as possible, you see, context is not important in such moments, it’s what you feel not what it means to others. So I try to put myself in the shoes of the characters and feel connected; I do faces in the mirror I have to admit, I smile I laugh I get angry when I read the texts, I try to feel the emotions the writer is trying to give and then I try to pass them to the characters I draw. In a way they live through me and I need to feel their emotions to be able to depict them as best as possible.

What’s been your favorite moment to bring to life, and what’s something you can’t wait to draw?

In Marauders? Well there are a lot, really A LOT. Kate’s crushing her nose, Kate’s death, and issue #12, as a whole, from her reuniting with friends, to the kiss that means a lot to a lot of people that reached out to tell me about it and I really appreciate it so much.

If you had a chance to redraw one moment from the story so far, what would it be and why?

Mmm probably the empowered Kate at the end of issue 12 and also the tender moments when she meets again with everyone at the party. 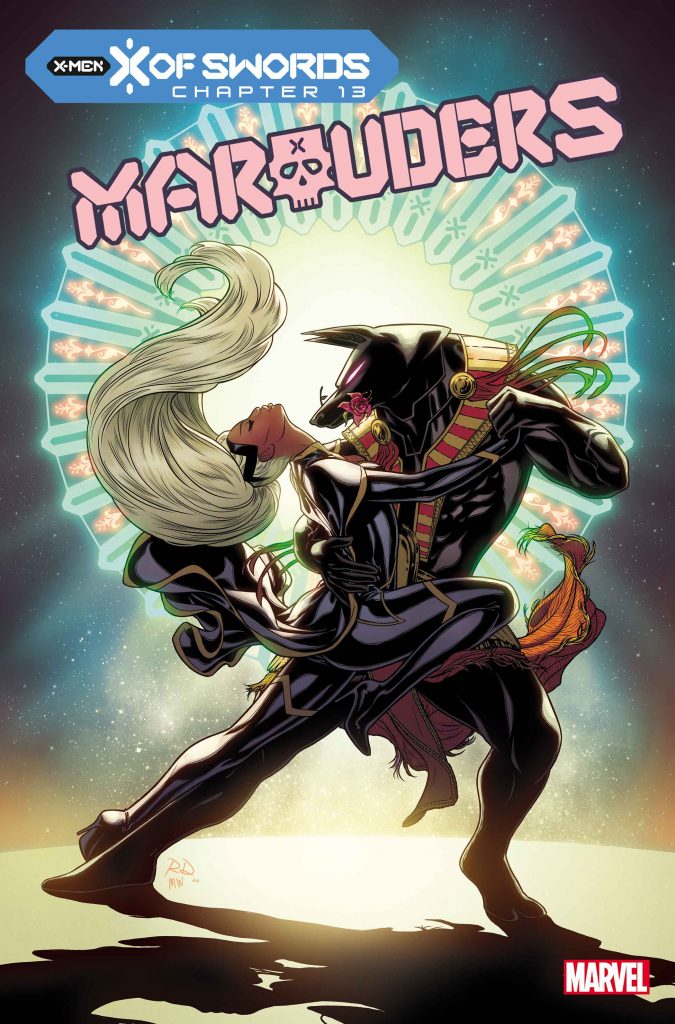 I saw in an interview parts of the conversation you had with Vita Ayala about creating Sword’s sword for X of Swords. Can you talk about what went into the process and the end result?

A lot of swords. Vita is amazing and she really studied the subject and gave me some precious references on which I worked a bit. It was smooth and fun, she already had something in mind and that made it easier for me.

On a related note, what’s it like to be a part of a massive crossover like X of Swords? What, if anything, does it change about your approach to the comics?

It doesn’t change my approach, there’s just some coordination to do through the whole crossover but that’s not my job. Being on X of Swords was amazing for me and it also was the first time I worked with Vita and it was great, the story of Storm is simply put, deep in emotion and action packed. I love it.

What’s up next for you? What are your plans or work you want to share that’s coming up?

I’m working on a new issue of Marauders #17 that links to the past and builds for the future. 😀