.
You are here: Home / Featured / Jessica Jones Season 3 & The Lessons of Marvel on Netflix

It’s the end of an era for Marvel Television as it’s existed since Netflix Daredevil season one debuted in 2015. In the wake of the news that Kevin Feige’s taking over as Marvel’s Chief Creative Officer (see also: The One Above All!), Godfather style executions have started rolling out across the Marvel TV landscape. Netflix output is already dead, but we’ve also now seen Hulu’s “horror” line, Cloak and Dagger, and Jeph Loeb’s tenure as head of Marvel TV on their way out.

While it’s possible this is just some cleaning house before launching similar projects, I’d anticipate the moves signify a move towards all live-action both launching on Disney+ and deliberately connecting to the MCU. Marvel TV’s been running around as the odd black sheep since launch, and frankly, it’s half past time somebody – in this case Feige – delivered on the world-building promise of the largest entertainment franchise in history.

It’s the right time for Loeb’s role to come to a close, but I do think he perhaps deserves a bit more appreciation than he’ll get based on the last few years of output. The front half of Loeb’s stay was truly thrilling with the likes of Daredevil and Jessica Jones making cases for some of the best storytelling in live-action Marvel. 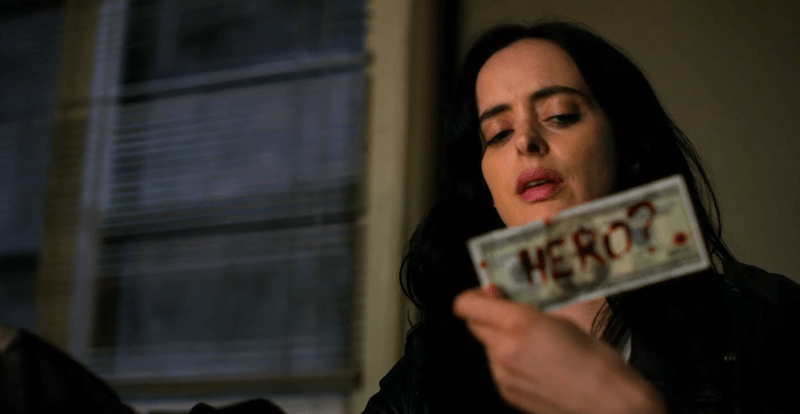 Speaking of which, I’ve been – finally – catching up on Jessica Jones season three, and it’s a tremendously strange glimpse into the last gasp of Marvel Netflix. Season three is an improvement over season two (how could it be anything else?), but a mere shadow of season one. Season two’s Trish-regression completely deflates any excitement I might have had for her (three years in the making) transformation to Hellcat, but otherwise I found myself pleasantly invested in Jessica, Hogarth, Malcolm and the new crew.

All of my criticisms of Netflix Marvel’s worst impulses are on full display, but there’s also more admiration for the small things knowing the franchise is breathing its last. For example Jessica’s hookup with a small-time powered con artist is charming, and in many ways what I always hoped the show would focus on post-Purple.

Likewise, the show’s confounding decision to reveal Dexter as the Big Bad in the fourth hour of TV is also kind of a remarkable display of patience. It’s patience I do not have as a viewer, and pacing I do not approve of, but what restraint!

At its end, Jessica Jones varied in quality more rapidly than anything else from this era of Marvel TV, ranging from best to worst and back to the middle. Season three’s best moments surprised me with feelings of the same remorse I feel towards losing Daredevil to contracts and battles of the stock exchange.

More than anything, the final Netflix Marvel release got me thinking about the lessons Disney+ can take from the near 5 year initiative. I’d mix the likes of Runaways and Cloak & Dagger into this mix as well, as those YA series follow similar tonal patterns.

Finally, for those of you keeping track at home, here are the updated MCU power rankings. I’ll admit I’m as confused as ever about what to do with Jessica Jones, so I’m just going to keep the seasons ranked separately. They vary too greatly in quality. I think if I attempted to average it out as a single entity like I do for the more consistent Daredevil, it would fall in Captain Marvel or Cap First Avenger territory.

36) Cutting a fingernail too short