Conceptually, I don’t actually *like* Injustice. The premise for this entire comics universe stems first from the 1 on 1 fighting video game, and the brief story of that video game is far from extraordinary.

The story of Injustice begins when Joker and Harley Quinn steal a nuke, launch it at Metropolis, and trick Superman from preventing the tragedy by tricking him into fighting an illusion of Doomsday that turns out to be his wife, Lois Lane. Enraged, Superman finally crosses the “no kill” line, murders Joker, and creeps deeper and deeper into an ironfisted tyrant of the world. As the face of DC’s “Kill No Man” campaign, Batman leads a rebellion against Superman.

It’s a very effective video game premise to explain why you get to fight all your favorite DC heroes against one another, but it’s also hamfisted and faux-shocking as they come.

That writer Tom Taylor and collaborators (most notably artist Bruno Redondo) were able to craft the deeply compelling Injustice Universe out of these origins is nothing short of a (mister) miracle. Across an initial digital first release strategy, and with the ability to play across his vision of the entire DC Universe, Taylor quickly made the story his own. Instead of yet another forgettable video-game tie-in – more small cog in the PR machine than artistic endeavor – Injustice became one of the single best cohesive visions of a DC Elseworld this century. If a new fan tells you they want to get into DC, you *could* point them towards individual character stories, or you could point them towards the fully fleshed out full world of DC found in Injustice. The choice is often quite simple.

The original run of Injustice spans five “years” of narrative, and was successful enough to inspire sequels, prequels and spinoffs. Below you’ll find a guide to the entire Injustice reading order, including some of the various ways you can collect the material. 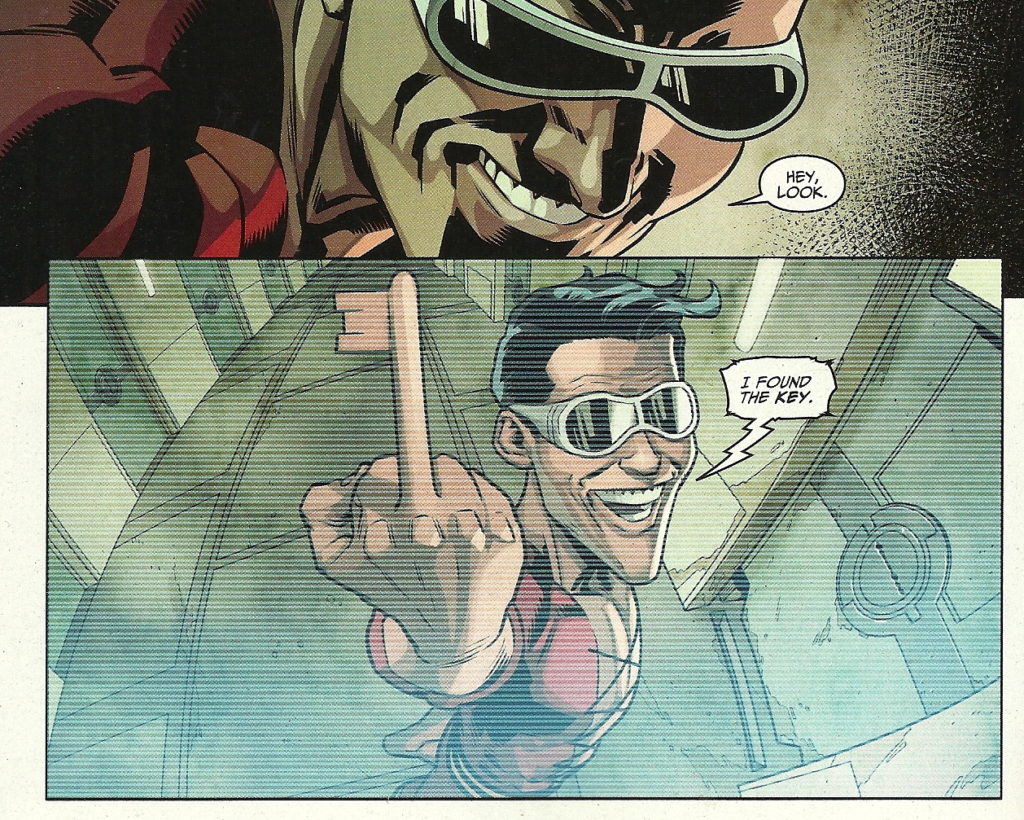 Injustice: Gods Among Us Omnibus Vol. 1

Collects: Injustice: Gods Among Us: Year One, Year Two And Year Three

Injustice: Gods Among Us Omnibus Vol. 2

The entire “first wave” experience is collected via two omnibus editions (replicating the experience of Years One through Five “Complete Collections” and the “Injustice Ground Zero” followup.

If you’re a total completest – welcome to the club! – the Injustice comics can be read chronologically before the video games. So:

Injustice: Gods Among Us Year One: The Complete Collection

If you’re reading via collected editions this won’t really matter (the digital releases were bundled together into “standard” individual issues for print and collection purposes), but this round includes the first 36 digital chapters.

But, if you’re reading via Comixology or a digital source, the one unclear part to each Year is where the annual issues should fit. I’ll list those out here.

Read the annual issue after Injustice Year One #30 (digital chapter).

Injustice: Gods Among Us Year Two: The Complete Collection

Injustice: Gods Among Us Year Three: The Complete Collection

Injustice: Gods Among Us Year Four: The Complete Collection

Injustice: Gods Among Us Year Five: The Complete Collection

The “Ground Zero” spinoff is set during the timeframe of the video game, and focuses on Harley Quinn. It’s less essential, but if you’re all in on Injustice, it’s worth a look.

Injustice vs. Masters of the Universe 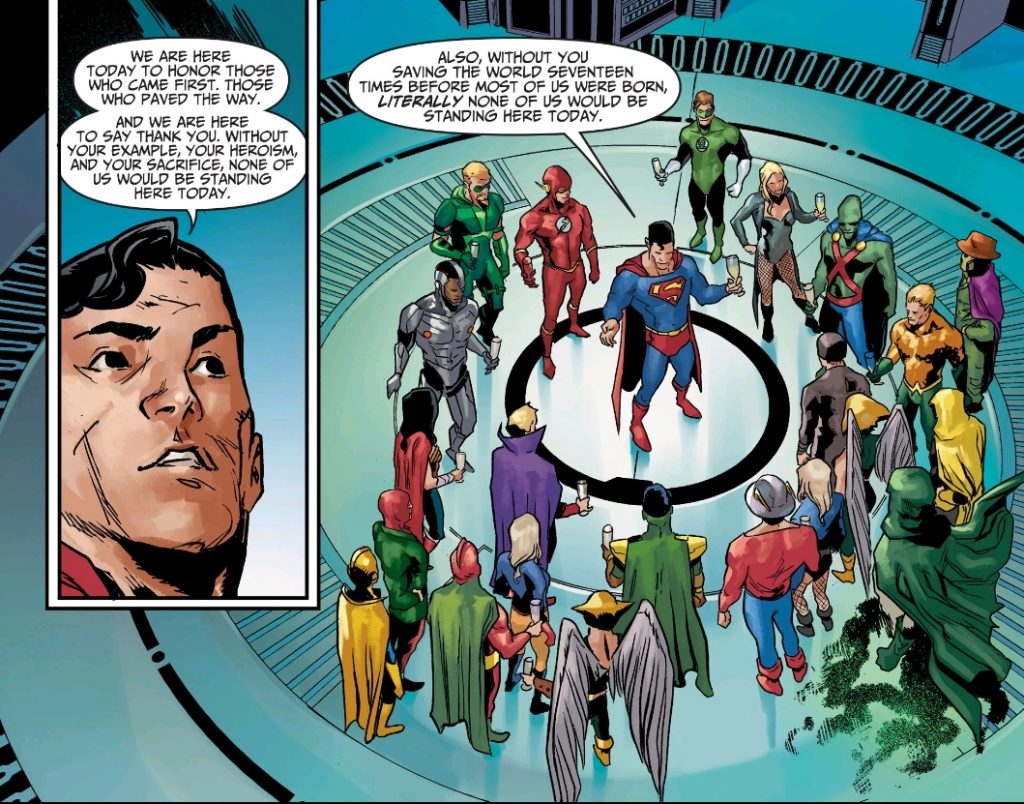 With “Year Zero,” you have the option of reading the story chronologically (it’s intentionally set prior to the events of the very first issue of Injustice: Gods Among Us), or according to publication release dates (the series was a surprise release in 2020, after everything else above had been published).

Personally, I’d recommend reading them here, with the knowledge of what’s to come in the Injustice story to come, as that’s the spirit of the work. If you’re curious whether “Year Zero” is worthwhile, check out the Comic Book Herald review.