Luke Cage #166, by David F. Walker and Guillermo Sanna, is one of the strongest Marvel Legacy opening chapters yet.

with artist Ramon Villalobos – Luke Cage #166 checks off all the essential Legacy boxes.

For starters, although it’s the sixth issue in Walker’s run on the title (not including his previous work on Power Man and Iron Fist), the Legacy opener could easily be the first Luke Cage comic you ever read. Issue #166 references events to date, but more as back matter to the road trip Luke is taking down south to investigate his origins and the prison doctor who gave him unbreakable skin. 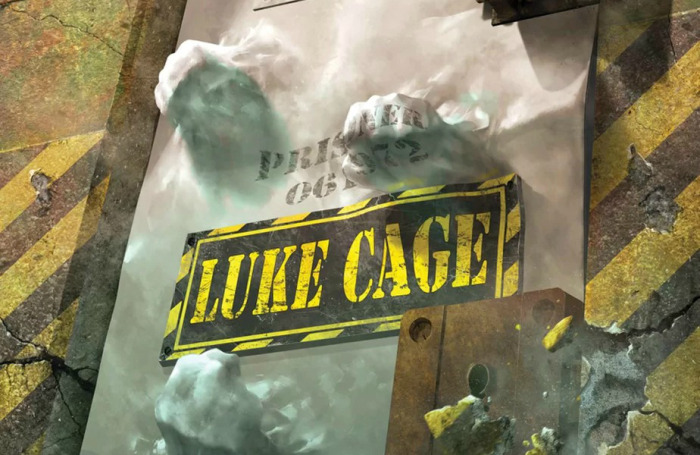 Whether you’ve read every issue of Cage’s various solo series, simply watched Luke Cage or Defenders, or don’t know the first thing about the character, the set-up and premise are clearly established. A superpowered African-American Avenger ventures down south and encounters a police department drowning in racism and corruption. This being Marvel Comics, while dealing with this inequality, Luke is also taken prisoner by a seeming C-level supervillain.

Amazingly, even as it’s offering a starting point, Legacy Luke Cage also ties deeply into the character’s origins. Luke’s purpose for heading south is tied to his origin issue and the mad scientist responsible for his involuntary near-death transformation.

More hauntingly, after a truly psychadelic twist – who knew Cage and LSD merged so effectively? – Luke finds himself back in prison. The Netflix MCU series tied into these themes very heavily, presenting Luke as an ex-convict, and recognizing that this was a man who served time for crimes he didn’t commit. For Luke Cage, imprisonment is an absolute nightmare and represents the worst years of his life.

As an Avenger and family-man, it has seemed less and less likely that Luke could find himslf wrongfully incarcerated yet again. Nonetheless that’s exactly where Luke finds himself at the end of this issue, seemingly with his powers greatly reduced.

All in all, it’s a very effective start for Luke Cage in the Marvel Legacy era, and one of the few Legacy opening chapters that pulls me in to want to read more.