I love peanut butter. Maybe too much (impossible!). Nonetheless, when I get in a true PB binge, and I’ve got the jar in front of me, maybe some apple slices (graham crackers and chocolate chips if I’m feeling carefree), the chances that I overdose on my one true love are extremely high.

The same can be said for my relationship with comics. I read a ton of comic books, and while I love them, consuming so many means it takes a lot for books to really grab me in ways I won’t forget. This can be through innovation, storytelling excellence, or novel concepts, but much like all media, when there’s a glut of available content, standing out in the crowd is the most difficult challenge.

All of which brings me to my favorite comic book of the month, Fu Jitsu published by Aftershock Comics.

is the kind of carefully calculated delirium that reminds me why I love comic books so much. Over the course of five issues, Fu Jitsu stands out on every conceivable level, from unexpected stylistic choices to thrillingly unrestrained creativity. 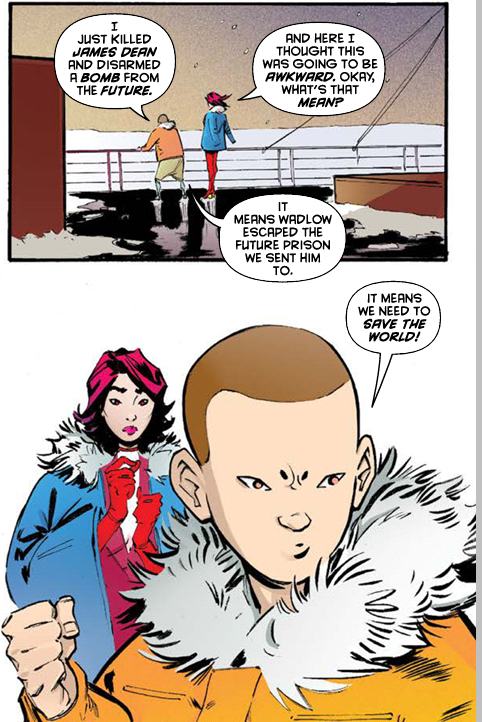 Trying to sum up the plot of Fu Jitsu is a bit like herding atomic robotic cats. The book begins with the world’s smartest boy (the titular Fu) seeking enlightenment during 1,123 days in the antarctic waters, and his first question following a return to land is “How did the Colts do?”

Over the course of the first issue, Fu’s enemy is revealed to be history’s tallest man, Robert Wadlow, who wields the world’s most powerful weapon: the atomic katana. From there it’s a blur of time travel, quantum kung-fu, android lovers, absurd historical references, and high-powered kinetic reading joy. 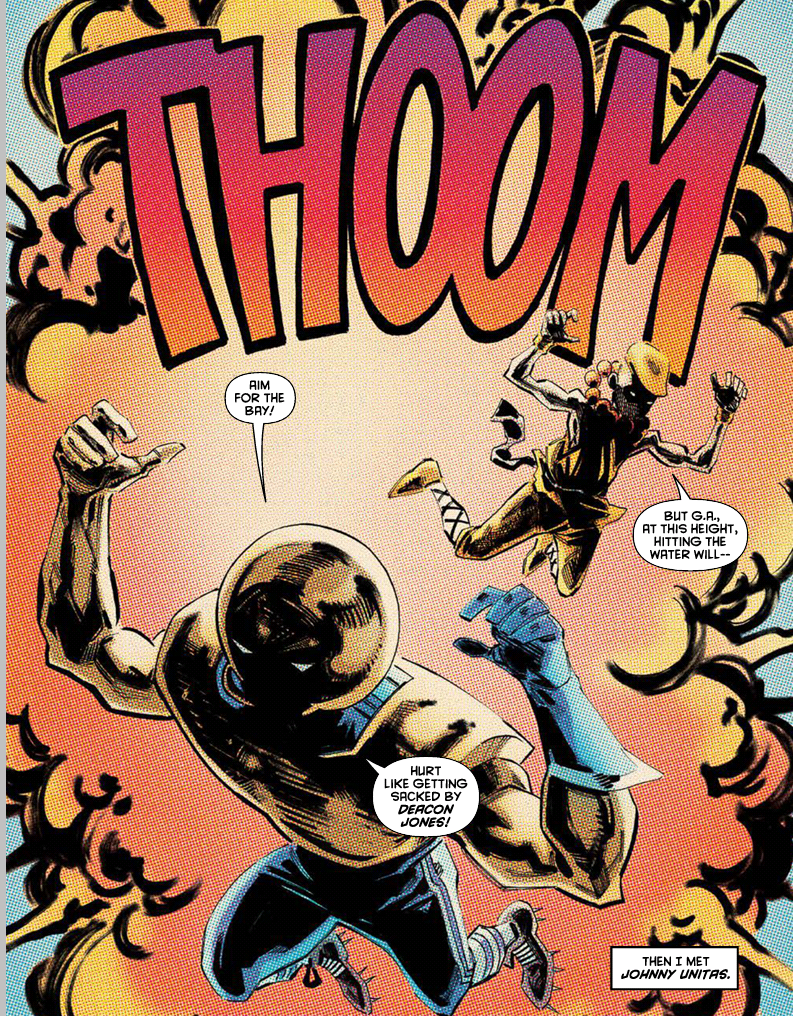 Of course the moment I truly fell head over heels for Fu Jitsu came in issue #3, with Nitz and St. Claire throwing back a Silver Age comics flashback starring none other than Fu and “The Golden Arm,” aka Indianapolis Colts hall of fame quarterback Johnny Unitas. While the sudden appearance of the NFL legend made me smile, it’s not just a gag. Nitz and St. Claire commit fully to every element of their preposterous world, from eerily timely predictions of President Orrin Hatch to James Dean’s status as assassin for hire.

Fu Jitsu #4 ups the degree of difficulty, utilizing captioned historical quotes on a per-page basis, as both thematic connectors and transition elements. While I’ve seen plenty of comics begin or end with a famous quote, I’ve never seen an issue of a comic weave them so centrally into a story, spanning the gamut of sources from Julius Ceasar to Al Davis.

As Best Comics Ever listeners know, Fu Jitsu made it inside my top 100 favorite comics of all time – that’s how much I bought into this first volume. I’d recommend it for anyone who likes books such as Infinite Kung-Fu or wants to see the boundaries of the superhero medium taken to weird and wild places.