To its undying credit, Agents of SHIELD has always known how to open a season. Whether it was Nick Fury and Maria Hill cameos, Absorbing Man intros, or the Inhumans, first episodes tantalize with new direction and Marvel Cinematic Universe exploration.

The problem has always been in the follow through. I may be unduly harsh on Agents of SHIELD simply because I expect and want more out of Marvel. Nonetheless, through three seasons, Agents of SHIELD has ranked near the bottom of my favorite comic book TV shows, and showrunners Maurissa Tancharoen and Jed Whedon have left me little confidence there’s an impending turnaround on the horizon.

The first episode of season four, though? It’s a start in the right direction. There’s a lot to like about “The Ghost,” including one overriding point I tend to overlook: We live in a world where SHIELD and Ghost Rider are going up on primetime TV on a Tuesday!

Here’s the rest of what I liked:

It’s not that I’ve never enjoyed a Ghost Rider comic (Jason Aaron’s mid-2000’s run does a wonderful Preacher impression) or don’t enjoy his presence in the Marvel Universe (Ghost Rider showing up in Fantastic Four to take down Galactus with a penance stare is one of the coolest moments in Marvel Comics history!), but he’s an inconsistent character at best.

Of all the Marvel heroes that dominated the 90’s, Ghost Rider is easily the least effective. He’s no Punisher, he’s no Venom, he’s no Deadpool, and by golly, he’s not even no Cable. You’d have to pay me to pick up a Ghost Rider comic from before 2005, and even then, it would have to be a LOT of burritos.

Needless to say, including Marvel’s most overexposed IP license in an already underwhelming show didn’t have me marking the opener on my calendar.

After watching the episode, though, Agents of SHIELD is playing Ghost Rider very wisely. For starters, the outsider perspective allows us to understand Ghost Rider as the fiery lunatic serial killer he is.

Much like Daredevil approaching Punisher in Daredevil season two, Daisyquake doesn’t walk into the Ghost’s life like “Oh you only avenge evil spirits, that’s cool,” nor is she even particularly swayed when this is explained to her. Good! We need some honest reactions and backbone on the “No Killing” debate.

Given the progression of the first episode, the “serial killer” angle won’t likely last much longer. Nonetheless, I thought this was a clear path for bringing Ghost Rider into the MCU. 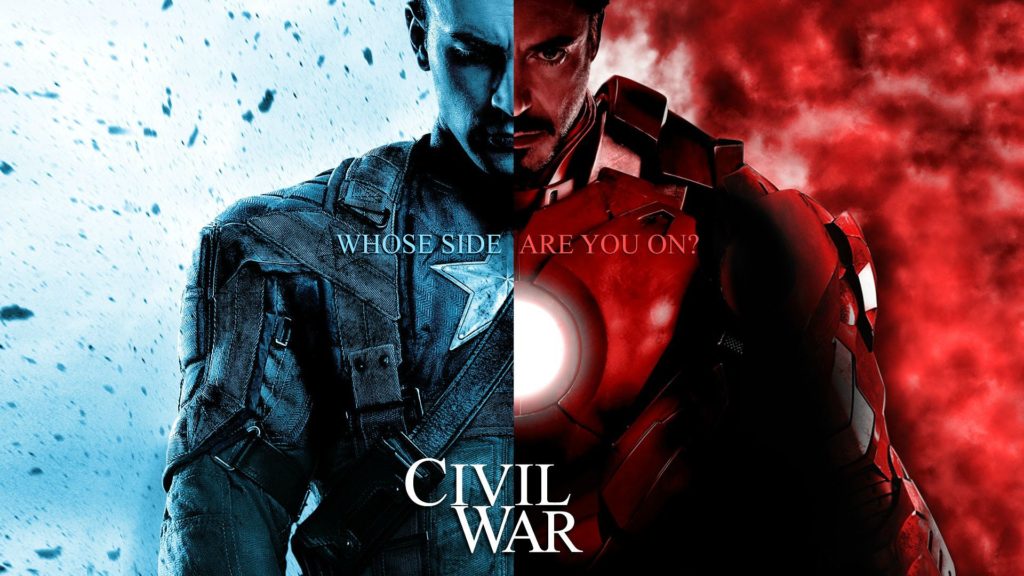 Agents of SHIELD greatest strength has always been and remains its potential to explore fallout of the Marvel movies. Whereas any other film franchise in history has had to wait months and even years to fill in the next installments in its world-building, Agents of SHIELD pops up post Captain America 3: Civil War and immediately begins addressing what SHIELD would look like in a world of Sokovia Accords.
Also, I hadn’t really considered the possibility of Iron Man: Director of SHIELD

following Civil War, but all this talk of a mysterious Director has me at least curious.

There was a lot of talk heading into Agents of SHIELD season four that they would be introducing the supernatural to prepare Marvel movie fans for Doctor Strange. This logic drives me absolutely up a wall (an audience steeped in Harry Potter needs “preparation” to understand magic in this comic book universe?), but the unexplained horror of the first episode worked surprisingly well.

I won’t spoil it, but there was a moment in this episode that completely took me by surprise and creeped me the HECK out. Bring more of that to the table and I’ll begin to believe this is a new look Agents of SHIELD.

Thank Odin the Agents of SHIELD creators had the good sense to showcase Robbie Reyes as Ghost Rider. There’s a strange amount of backlash any time Marvel pivots to a new legacy character, as if we didn’t have decades of stories about the old characters already.

I’ve seen Johnny Blaze on a motorcycle. I wanted my money back.

Robbie Reyes and his completely implausible Ghost Car are off to a great start!

Showing a man changing into Ghost Rider on TV could have been a disaster. Instead, the visual was a blend of horrific and captivating. Amazing, fantastic work.

What did you think? Happy with the direction of Agents of SHIELD? Have always loved Ghost Rider and how DARE I? Do what feels right to you in the comments.