You are here: Home / Featured / 30 Years Later: The Best of Batman The Animated Series

The perfect unit of Batman in BATMAN: THE ANIMATED SERIES

This year marked the 30th anniversary of Batman: The Animated Series. It is, undoubtedly, the best adaptation of Batman in any media outside of comics. Its influence over the legacy of Batman, and the superhero genre in general, is undeniable.

The art deco style that Gotham City is rendered in not only gives the show this pulp quality that ties it perfectly with Batman’s influences, it has become synonymous with how Batman fans perceive Gotham City. Alan Burnett, one of the producers on the show, described the show’s look as “dark deco.” Paul Dini, who not only served as the story editor on the show but also wrote some of its best episodes, described it as “what if the 1939 World’s Fair had gone on another sixty years or so” and it really does feel that way. The world of Batman: The Animated Series is a world where supercomputers and rocket cars can co-exist with black-and-white TV screens and rotary dial telephones.

It introduced various characters that later went on to become part of the main canon in the comics, Harley Quinn perhaps being the most significant of the batch. It took what were then D-list characters and turned them into seminal pieces of Batman’s legacy. Look no further than what it did to Mr. Freeze with “Heart of Ice.” Originally called Mister Zero, the creators turned one of the “joke villains” from the 60s Batman comics into a fully fledged villain with a tragic backstory, and into an important member of Batman’s rogues gallery.

In short, it created a world that felt cohesive, in its own way. You could do stories where the Joker wants to trademark a literal laughing fish and you could do stories where Batman questions his war on crime after a botched mission in the same world and it never felt out of place. No doubt Batman: The Animated Series became the blueprint for future superhero shows and helped launch an entire universe: Superman: The Animated Series, Justice League, Justice League Unlimited, Batman Beyond, etc.

This is not looking at it through nostalgia coloured glasses. I spent a good chunk of the year watching Batman: The Animated Series, one episode a day, along with the movies it inspired (Batman: Mask of the Phantasm, Batman and Mr. Freeze: Sub-Zero). Seeing as this year was the show’s 30th anniversary, now felt a good time to revisit it. To be honest, even after all these years, it still holds up.

I wanted to make a list of and write about my favourite Batman: The Animated Series episodes, but it felt redundant. There are enough of those on the Internet already. I moved on to making a list of “must-see” episodes of the show, but somewhere along the way, it turned into picking those episodes that are the perfect unit of Batman. That is, if you show those episodes to someone not informed with Batman mythos, they’ll come out with a pretty good idea of Batman’s world.

One could argue that the perfect unit of Batman in Batman: The Animated Series is the show’s opening theme itself. In just under a minute, it tells you all there is to know about Batman: you see him fight criminals that are somehow beyond the police’s capabilities; his response to something as trivial as a bank robbery (debatable, I know) is to ride to the scene of crime in a giant black rocket car; he works in the shadows and beyond the reach of the law; and even when the criminals pull out guns, he sticks to fist fights and his gadgets.

My quest for finding the one perfect unit of Batman in Batman: The Animated Series seemed to boil down to finding the perfect episode of the show. So of course, I considered “Almost Got ‘Im.” Widely regarded as the best episode of the show, this seemed like an obvious choice. However, I felt something amiss, which in my opinion, is filled by another episode, “P.O.V.”

What makes “Almost Got ‘Im” already different than most episodes of Batman: The Animated Series is how it is structured. The same is true for “P.O.V.” as I’ll discuss later. The usual approach to a Batman: The Animated Series episode is to draw out sequences through moody set pieces, long no-dialogue scenes with Batman sulking in the shadows as Shirley Walker’s brilliant score heightens the tension and suspense. This approach made Batman: The Animated Series different than most animated, or even live-action, superhero shows where every episode seem to rush to the third act. “Almost Got ‘Im” is special because, on a certain level, it is not a single story told over twenty minutes. It is rather a collection of vignettes about Batman versus a member of his rogues gallery. 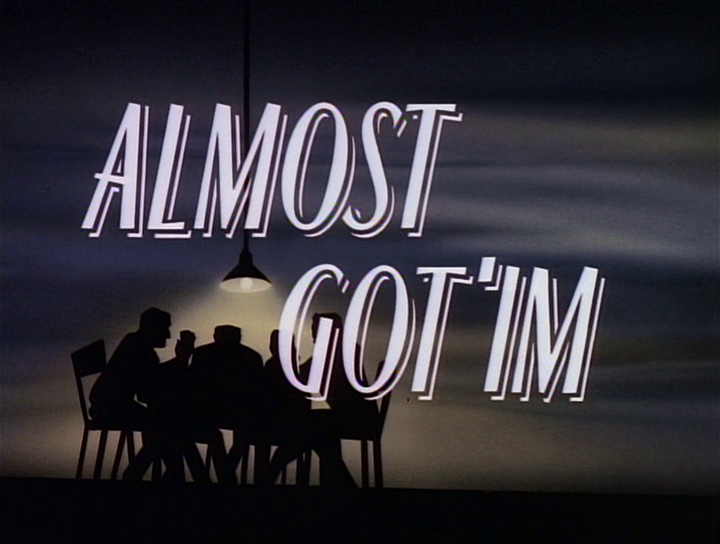 A poker game offered a perfect opportunity for fellow Batman villains to discuss their encounter with Batman where they “almost got ‘im.” But it is not only the fact that you see Batman take on Poison Ivy, Two-Face, Penguin, Joker, Harley Quinn in a single episode that makes “Almost Got ‘Im” one half of my perfect unit of Batman in Batman: The Animated Series. It is how much more we learn about Batman’s world through it.

Not only do we learn about how the villains see Batman, we learn how the villains see each other. The episode uses backstories established in prior episodes to highlight the unfinished business between them. Take Poison Ivy and Two-Face, for example. Even if you are not familiar with their relationship, the episode offers you interesting breadcrumbs if you want to learn more. “We used to date,” as Poison Ivy says. The running gag of Killer Croc being treated as a nitwit establishes a structured hierarchy among the villains themselves. There is tension between the members of Batman’s rogues gallery. Sure, they are united in their hatred for Batman, but that’s pretty much it.

Apart from this, no other episode of the show does a better job in establishing the different ways in which Batman’s villains hate him. This is offered through some good ol’ fashioned mustache-twirling villainy. Death by poisonous “exploding pumpkins!” Death by giant penny coin toss! Death in an “Aviary of Doom!” Death through an electric chair charged by laughter! This lets you see the villains in a new light. Their death traps are ridiculous, their gimmicks are absurd, but there is still something sinister running underneath. 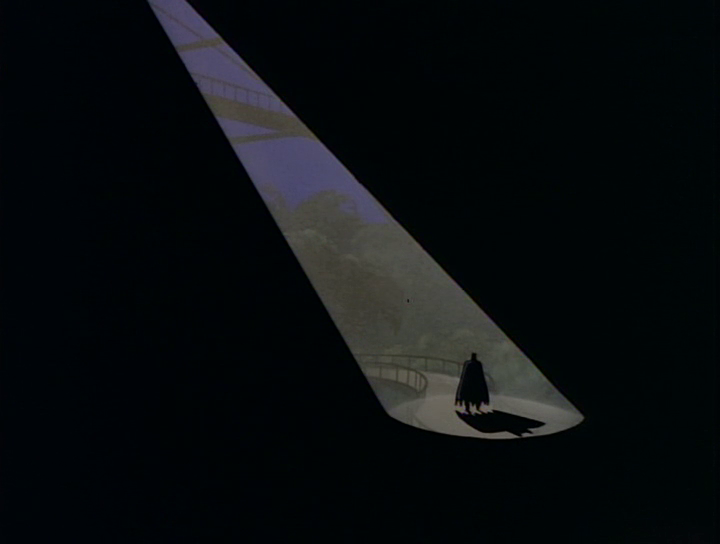 Even though Alfred, Robin, and the rest of the Bat family are absent from this episode, it still manages to offer a peek into Batman’s relationship with an important ally: Catwoman. While the rest of his rogues gallery might want to kill him, there is something more to his relationship with Catwoman. When she shows up, they are on the same team, even though they might forever be on different sides of the law. 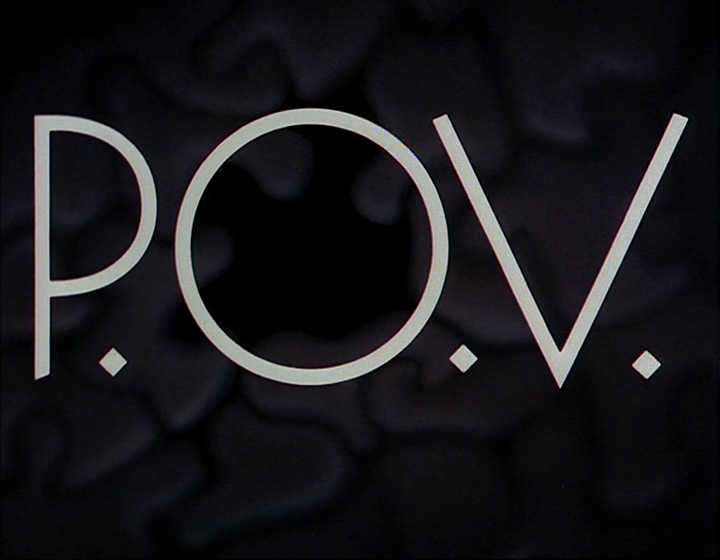 Somewhat similar in structure to “Almost Got ‘Im,” “P.O.V.” uses vignettes over an overall frame story to tell its tale, too. This time, however, it’s three cops telling the same incident through their perspective, hence the title. Much like “Almost Got ‘Im,” “P.O.V.” manages to differ from the usual approach of a Batman: The Animated Series episode without sacrificing its love for noir.

A failed sting operation results in an internal investigation within the GCPD, with Detective Harvey Bullock, Captain Renee Montoya, and Officer Wilkes at the stake. Each offer their own account of the night’s event and their encounter with Batman. Again, it is not these vignettes or these short stories that make “P.O.V.” the other half of my perfect unit of Batman in Batman: The Animated Series. It is how much more we learn of the world around Batman through it. By the end of the episode, we are offered three versions of Batman.

“P.O.V.” does a great job in establishing that to an average citizen of Gotham City, Batman is very much an urban legend. The rookie cop, Wilkes, mentions in his account of the incident how it was the first time he had seen Batman in the flesh. There is a logical explanation to every aspect of his encounter with the Dark Knight, but the legend of Batman has been raised to such level of myth in Gotham City, that even a group of shurikens thrown out by Batman turn into “sparks flew from his fingertips.”

In the same twenty minutes run, however, “P.O.V.” also establishes how Batman is still very much just a man in a mask. Once Montoya deciphers the mystery of “Doc Hathcock,” we see Batman beaten, captured, and hung from the ceiling. Or so it would seem. Even before this, in her account of the events of the night, Montoya mentions how Batman is “buried alive” under a collapsed wall of the burning warehouse. For someone who can shoot “some kinda ray” by pointing his fingers, the Batman sounds rather human.

Apart from this, “P.O.V.” offers a look into the internal dynamics of the GCPD and why someone like the Batman might be needed in the city. There is an air of distrust among the cops; corruption is rampant within the force; there are too few good cops and far too many “on the take.” It does a great job in establishing Montoya as a rare clean cop in the force: She gets to team up with Batman! The fact that Commissioner Gordon cares about the city and protects those within the force whom he trusts is also made clear. 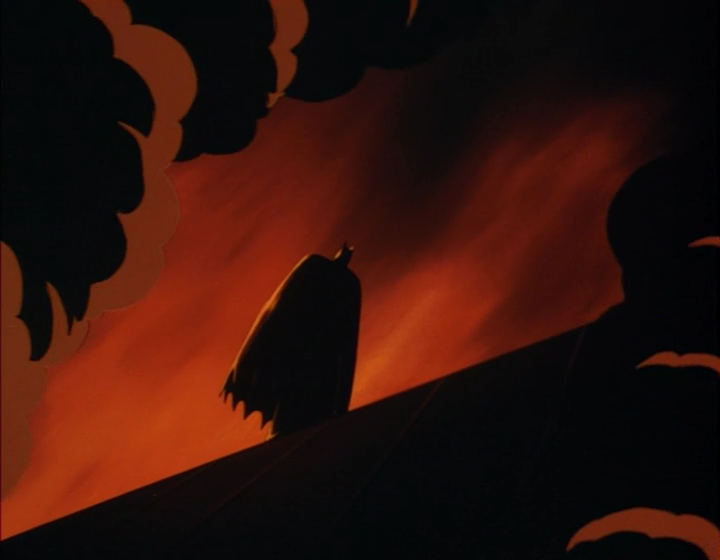 Detective Harvey Bullock, on the other hand, is a different story. Even if you are not a Batman fan, this episode makes his relationship with Batman clear: he does not like the man, regardless of the fact that Batman might have saved his life. Moreover, you get a clear sense that something is rather off about Bullock. He is lying, but the why of it is never made clear. Is he a good cop? Was he on the take as well? If so, why did he go in early? There are so many unanswered questions. Batman and Commissioner Gordon share some sort of mutual admiration is made somewhat clear in “Almost Got ‘Im,” which is why they work together, but Batman’s deal with Bullock is much more interesting, and this episode offers you just a titbit of it, leaving you hungry for more.

If the fact that Batman is an urban legend to some and just a man in a mask – albeit a resourceful one – to others is made clear in this episode, “P.O.V.” also establishes that Batman is still very much a superhero.

He sinks a goddamn ship.